Bank of Canada asking public for input on inflation-rate target 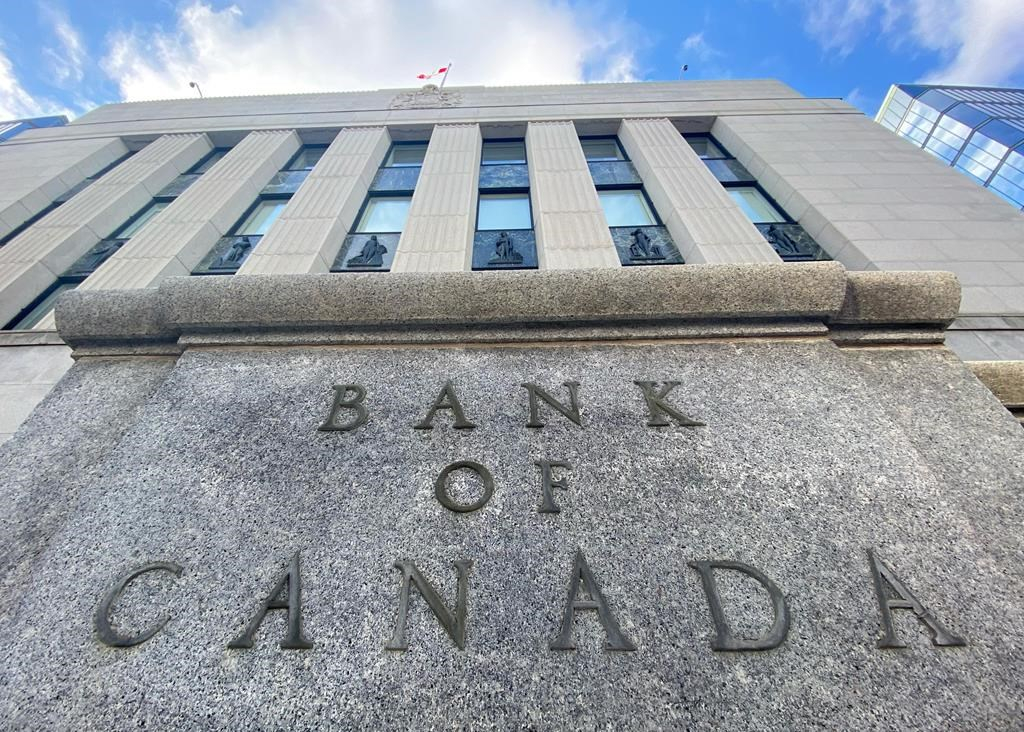 The Bank of Canada building is seen in Ottawa, on Wednesday, April 15, 2020. File photo by The Canadian Press/Adrian Wyld
Previous story

The Bank of Canada is turning to the public for input on its inflation-rate target that underlies any changes to the central bank's trend-setting interest rate.

The bank had already planned on a much broader consultation than what it did for previous reviews long before the COVID-19 pandemic struck Canada and forced a sharp decline in the national economy.

The crisis has increased the importance of a wider review, since spending patterns dramatically changed and led to a disconnect at times between official measures showing price declines and consumers experiencing higher costs.

The online survey aims to provide a more accurate snapshot of this effect, and seeks ideas on approaches the central bank could take as it tries to keep prices stable.

The comfort zone the bank sets for its inflation target will help determine what happens to its key policy interest rate, which can affect the rates charged for mortgages and loans.

It's been almost 30 years since the Bank of Canada first targeted an annual inflation rate of two per cent after watching the figure run hot through the late 1970s and 1980s.

The central bank's measures brought down inflation to the target zone by the end of 1995, and the mandate has been renewed every five years since.

But as a result of the pandemic, the bank has warned that inflation readings are going to be low for this year and next.

Governor Tiff Macklem, who will speak at an event Thursday hosted by the Federal Reserve Bank of Kansas City, has said the central bank will maintain its key interest rate at the lower limit of 0.25 per cent until inflation gets back into the Bank of Canada's target range.

"Really, there is a sense in which the inflation target is out the window for the time being because their concern is with economic activity in general (and) financial stability," said Stephen Williamson, the Stephen A. Jarislowsky Chair in Central Banking at Western University in London, Ont.

The Bank of Canada is turning to the public for input on its inflation-rate target that underlies any changes to the central bank's trend-setting interest rate.

"All that matters is that it's going to be predictable," said Williamson, who once worked at the Bank of Canada, and more recently at the Federal Reserve Bank of St. Louis.

The central bank may choose a different method altogether, given how the country's inflation barometer, known as the consumer price index, has been shaken by a shift in consumer spending habits during the pandemic.

People are spending less on things that factor more into the inflation reading, like gasoline, and more on things that have a smaller effect on the index.

So the Bank of Canada has been looking at alternatives, including whether to set a dual target for inflation and employment, or an average inflation rate over a longer period than one year, or income growth.

Jeremy Kronick, associate director of research at the C.D. Howe Institute, said the inflation target has served the bank well for years, even if it could be improved on the margins.

He couldn't see the Bank of Canada deviating wildly from that target, partially due to the economic unpredictability the pandemic has created.

"I'm just not sure that changing a mandate, and especially in a crisis, is really the right approach," Kronick said.

"That speaks to a need to set a high bar for change. The other thing about the inflation-targeting framework is that it's easy to understand for people."

The bank intends to publish a report in the coming months on what it learned from the consultations before renewing its inflation-control agreement with the federal government in 2021.

This report by The Canadian Press was first published Aug. 24, 2020.

Where is the support for the women defending land and water, Canada?

You gotta love how the

You gotta love how the parties that claim to be about freedom are the same ones who infringe on it by pushing for positive inflation rates.