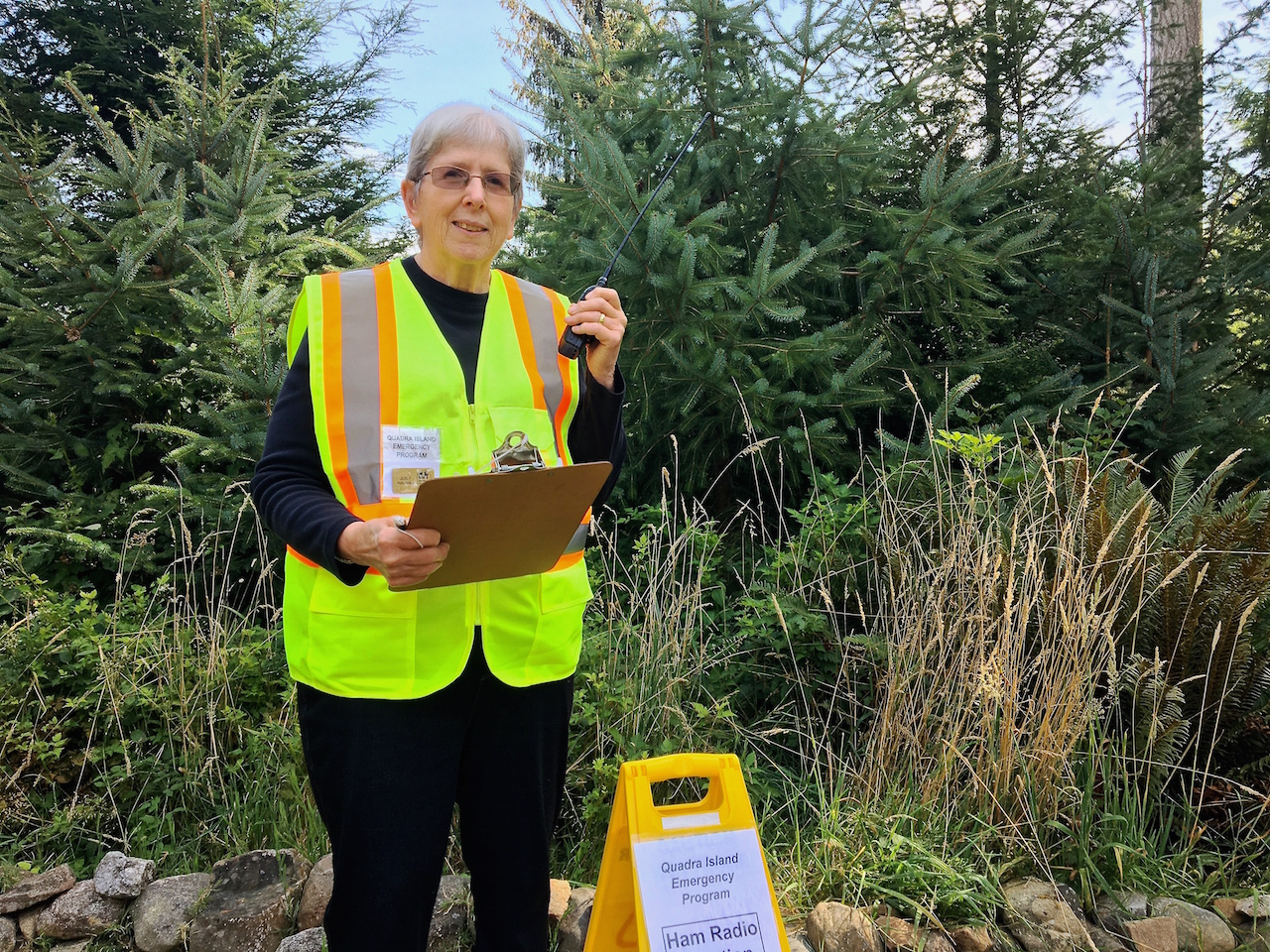 Quadra Island resident Judy Hagen is getting kudos from the B.C. government for 30-plus years of dedicated work aimed at keeping her community safe.

The 75-year-old volunteer extraordinaire says the formula for that kind of commitment is quite simple.

“My secret? Well, I think probably the biggest thing is a real genuine like for people,” Hagen said. “And, of course, wanting to help.”

Farnworth lauded Hagen’s work in a video message, released in lieu of a ceremony due to the COVID-19 pandemic.

“I was in a state of shock,” Hagen, Quadra Island’s volunteer Emergency Support Services (ESS) director, said of the award.

But, she insisted the award wasn't hers alone. “I can't emphasize enough it's been a team effort by a very dedicated group of leadership volunteers,” Hagen said. “They all make me look good.”

Unlike Hagen, Shaun Koopman, Strathcona Regional District’s protective services co-ordinator, was not surprised by the honour.

“I mean, I don't know every volunteer in the province, but I couldn't imagine somebody more deserving at this point in time than Judy,” said Koopman.

But her real genius is she’s a relentless recruiter — talented at roping others in to help with her projects, and then, converting them into committed volunteers.

“When I first got my job with the district, Judy offered to introduce me around to Quadra responders,” Koopman said, adding he thought they’d drive around and shake a few hands in offices.

“Instead, she drove me straight to the school, handed me an apron and put me to work serving hotdogs to the kids and community at the annual fire drill.”

Hagen — also involved with Quadra’s Newcomer Welcome program — meets new residents, susses out their strengths, and then introduces them to how they might play a role in the community or with the emergency management program.

“When we moved to the island, she reached out,” Ballingall said. “And she followed up, and followed up. And before I knew it, she’d somehow manoeuvred me into being her boss.”

Hagen knows everyone on the island, is personable, and knows how to build relationships, Ballingall said. “Her networking pays off in innumerable ways,” he said.

Hagen and her friend and fellow islander Eileen Mackay co-founded Quadra’s emergency program in 2007. The pair grew the team from zero to more than 100 committed volunteers in about four years, said Ballingall.

For a small island with less than 3,000 residents, that’s no small feat, Ballingall stressed. What’s more, the QEP is a model for community emergency safety programs across the province, Ballingall and Koopman said.

But Hagen is also involved with the Quadra Island Fire Department and the RCMP's Speed Watch program, as well as an active member of her church choir and her community.

She became involved after a commercial building she owned was robbed in the 1990s. It all progressed from there, she said.

However, the self-professed softie for children, dogs and seniors isn’t sure where she gets her energy.

“Well, I guess God gave it to me. But I love the work and it gets the adrenalin going,” Hagen said. “I'm on a pager with the fire department 24 hours a day, and it doesn’t bother me at all.”

Ballingall also doesn't know how Hagen does it all. But, he figures it comes from the joy she gets interacting with people.

“Her phone is always ringing any time you go over there,” he said. “Personally, it would drive me nuts, but she seems to be quite happy with it.”