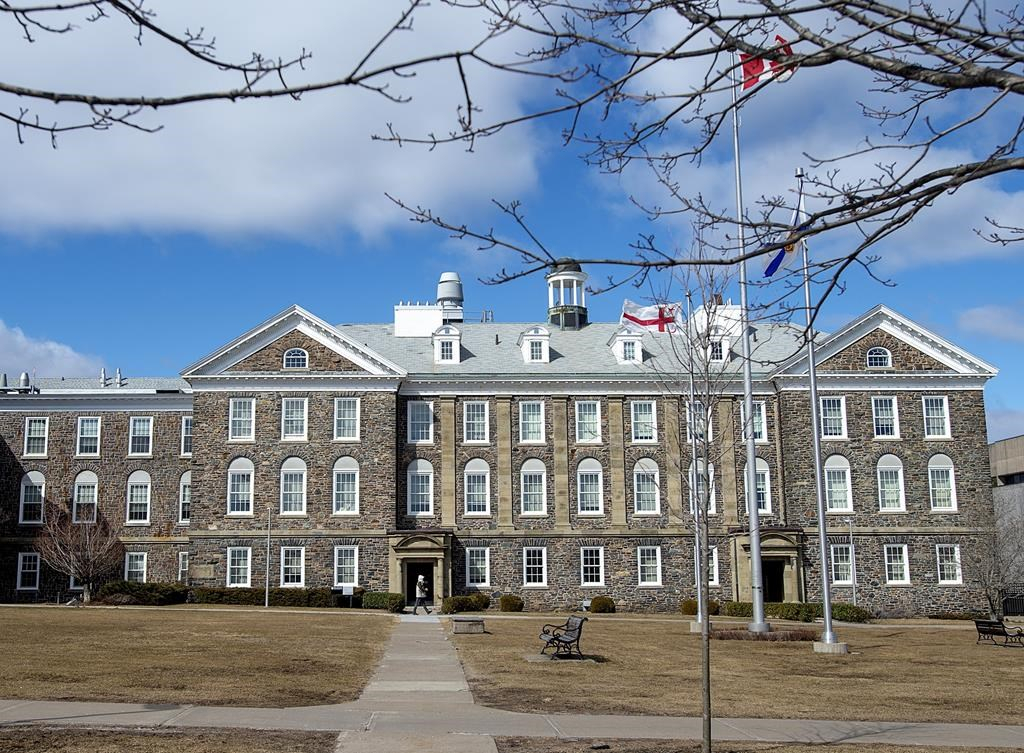 A man walks across the Dalhousie University campus in Halifax on March 16, 2020. File photo by The Canadian Press/Andrew Vaughan
Previous story
Next story

A COVID-19 vaccine-development partnership between Canada and a Chinese firm has been abandoned, ending clinical trials that were to be conducted by a Dalhousie University research lab.

The National Research Council of Canada said Thursday the CanSino Biologics vaccine intended for phase one clinical trials has not been approved by Chinese customs for shipment to Canada.

"Due to the delay in the shipment of the vaccine doses to Canada it is evident this specific opportunity is over and the NRC is focusing its team and facilities on other partners and COVID-19 priorities," the agency said in a statement.

"I don't necessarily think so," Champagne told reporters Thursday. "I can only speak for the Canadian side. I would not necessarily link whether that particular opportunity is linked to anything else."

Relations have been sour since the Chinese detained Canadians Michael Kovrig and Michael Spavor in apparent retaliation for the RCMP's arrest of Chinese high-tech executive Meng Wanzhou on an American extradition warrant in December 2018.

Despite the tensions, Champagne said "we have issues in terms of global health where we can work together."

The Canadian Centre for Vaccinology at Dalhousie University was supposed to conduct the trials through a partnership with the NRC and CanSino Biologics. Dalhousie's lab had been ready to start clinical trials as early as June, the NRC said, after Health Canada approved CanSino's proposal.

The Halifax lab was one of several in Canada and in the U.S. whose work in 2014 led to an Ebola vaccine that was used in West Africa.

Dr. Scott Halperin, the director of the Canadian Centre for Vaccinology, said it was disappointing the CanSino project won't be going ahead.

A COVID-19 vaccine-development partnership between Canada and a Chinese firm has been abandoned, ending clinical trials that were to be conducted by a Dalhousie University research lab.

"The CanSino vaccine is one of the most furthest along of any of the candidate vaccines so it would have been nice to do that study," Halperin said. "It's not the only vaccine that we are working with ... but we certainly don't like to lose access to any one of them because we need multiple vaccines."

Halperin said all of the protocols had been written and approved and had his lab received the vaccine its study would have been "well along by now."

"We thought the shipment would be coming any day, as did the company," he said. "There was no bad faith on the company — they were trying everything but they could not get (Chinese) government approval to ship it. The request for shipment hasn't been denied it just hasn't been approved."

Halperin said the Halifax lab would be working on other COVID-19 studies and is in discussions with at least six different manufacturers. Once approvals are granted he said at least two of the studies could begin as early as next month.

"Things are moving along. We weren't sitting and waiting for CanSino and doing nothing else."