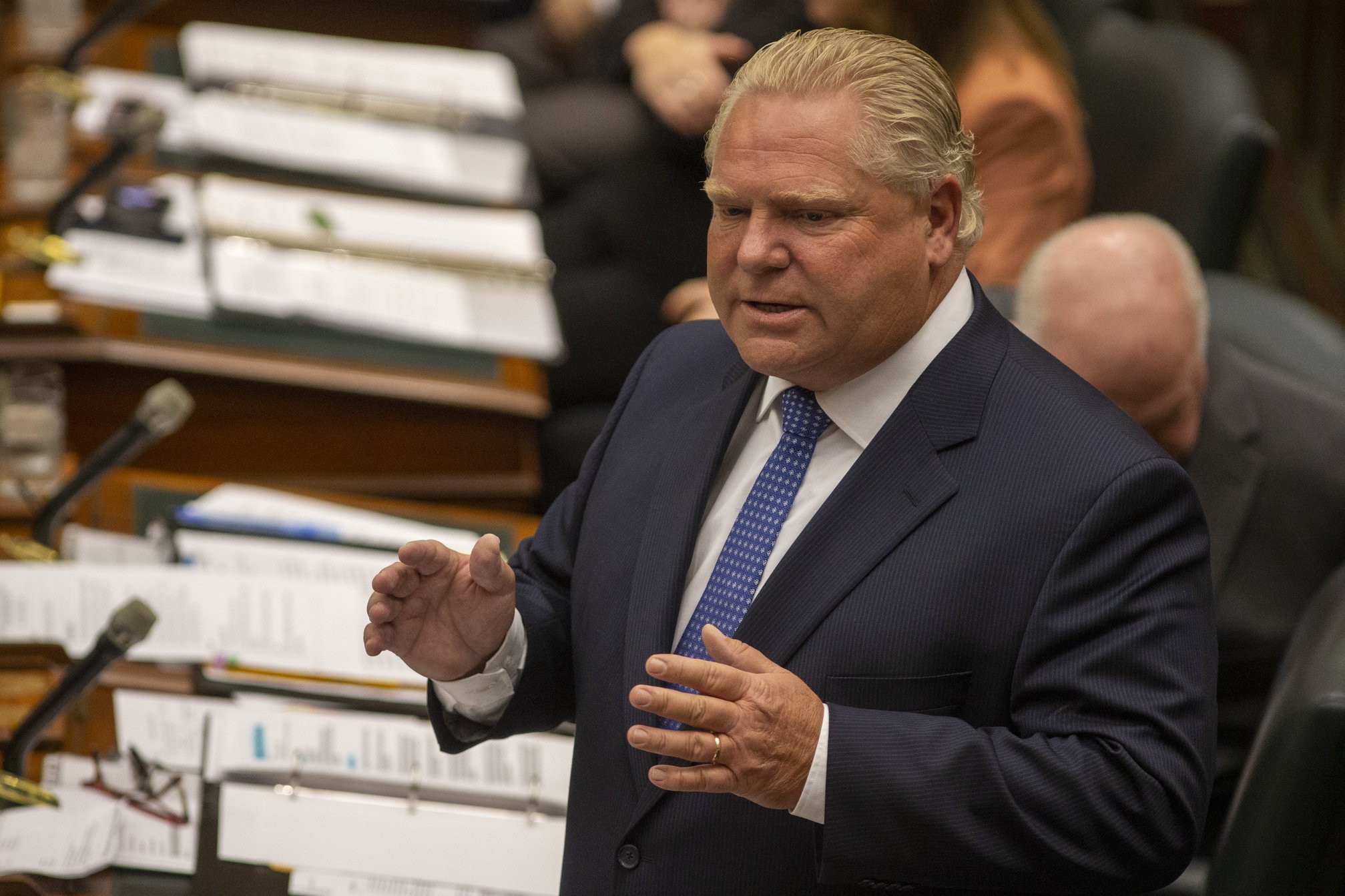 A group of environmental advocates is suing the Ford government over its COVID-19 economic recovery bill, asking a judge to order the province to go back and consult the public.

The suit announced Monday is the latest in a flurry of court challenges against Bill 197, which contained a major overhaul of the province’s environmental assessment rules. The government passed the bill last month without holding public consultations, which are required under Ontario’s Environmental Bill of Rights.

The legal action was filed by the Canadian Environmental Law Association (CELA), acting on behalf of conservation group Earthroots, non-profit Ontario Nature, a 16-year-old climate activist named Cooper Price, and Michel Koostachin, who was born and raised in Attawapiskat, a First Nations community in northern Ontario. Earthroots is chaired by Gord Miller, who was Ontario's environmental commissioner, a watchdog role, from 2000 to 2015.

“As environmental commissioner of Ontario for 15 years, I constantly had to work to protect and maintain the (Environmental Bill of Rights),” Miller said in a statement.

“Bill 197 has gutted those rights and set public policy back decades. We must react. We must defend those rights for the sake of future generations.”

The group is asking for the court to do two things: Find that the Ontario government acted illegally by passing Bill 197 without consulting the public, and ask the government to meaningfully consult the public before going any further with environment-related changes in the legislation.

A coalition of environmental groups has already filed a suit against the province over Bill 197 and the alleged clash between it and the Environmental Bill of Rights. On Friday, Canada’s National Observer reported that a group of First Nations is working on a separate court challenge that hasn’t yet been filed, but will hinge on treaty rights.

The action filed by CELA takes a slightly different approach, arguing not only that the bill breached the Environmental Bill of Rights, but is also “inconsistent with international law conventions, principles and norms on environmental assessment, public participation, and human rights applicable in Ontario,” the groups said in a statement Monday.

“The government is removing space for youth input on our own futures,” Price said in the statement. “This lawsuit is a fight to uplift the youth voice and a fight for the environment.”

“Our natural laws are greater than man-made laws, we live in harmony with the animals and have respect for our Mother Earth,”

The Ontario government passed Bill 197 last month without holding public consultations. This is the latest in a flurry of planned court challenges. #onpoli

The office of Ontario Environment Minister Jeff Yurek redirected questions to the Ministry of the Environment, Conservation and Parks.

"We will be reviewing the notice of application and determining our next steps," said ministry spokesperson Gary Wheeler. "As this matter is before the courts, it would be inappropriate to comment further."

Auditor general said bill was ‘not compliant’ with law

Premier Doug Ford has said Bill 197 was aimed at speeding up crucial infrastructure projects that would help the province recover from the economic hit caused by COVID-19. The omnibus legislation, passed in late July, altered 20 existing laws.

Critics say the bill is a significant rollback of environmental rules.

One change would mean that projects are only required to undergo an environmental assessment if designated by the government. Another removed a mechanism that would allow citizens to request a more thorough review.

Bill 197 also expanded the government’s power to issue ministerial zoning orders, a mechanism that overrides potential opposition to projects and gives the province final say on how land is used.

Before Bill 197 was passed, auditor general Bonnie Lysyk warned the government that it would be “not compliant” with the Environmental Bill of Rights if it passed those changes without consulting the public. The government pushed ahead anyway, and Ford later said he disagreed with Lysyk.

Court challenges are the main avenue available to citizens who want to fight the bill. The Environmental Bill of Rights doesn’t require any penalties when citizens allege the government did not follow it.

It’s not clear how long it could be before the courts can hold hearings or deliver a decision, as the justice system has been backlogged due to COVID-19.

Greenpeace and Ecojustice brought a similar case before the courts in 2018 after the Ford government axed the province’s cap-and-trade program without holding consultations. That case took about a year, with the court finding in 2019 that the government broke the law, though the judges didn’t compel the government to undo the change.