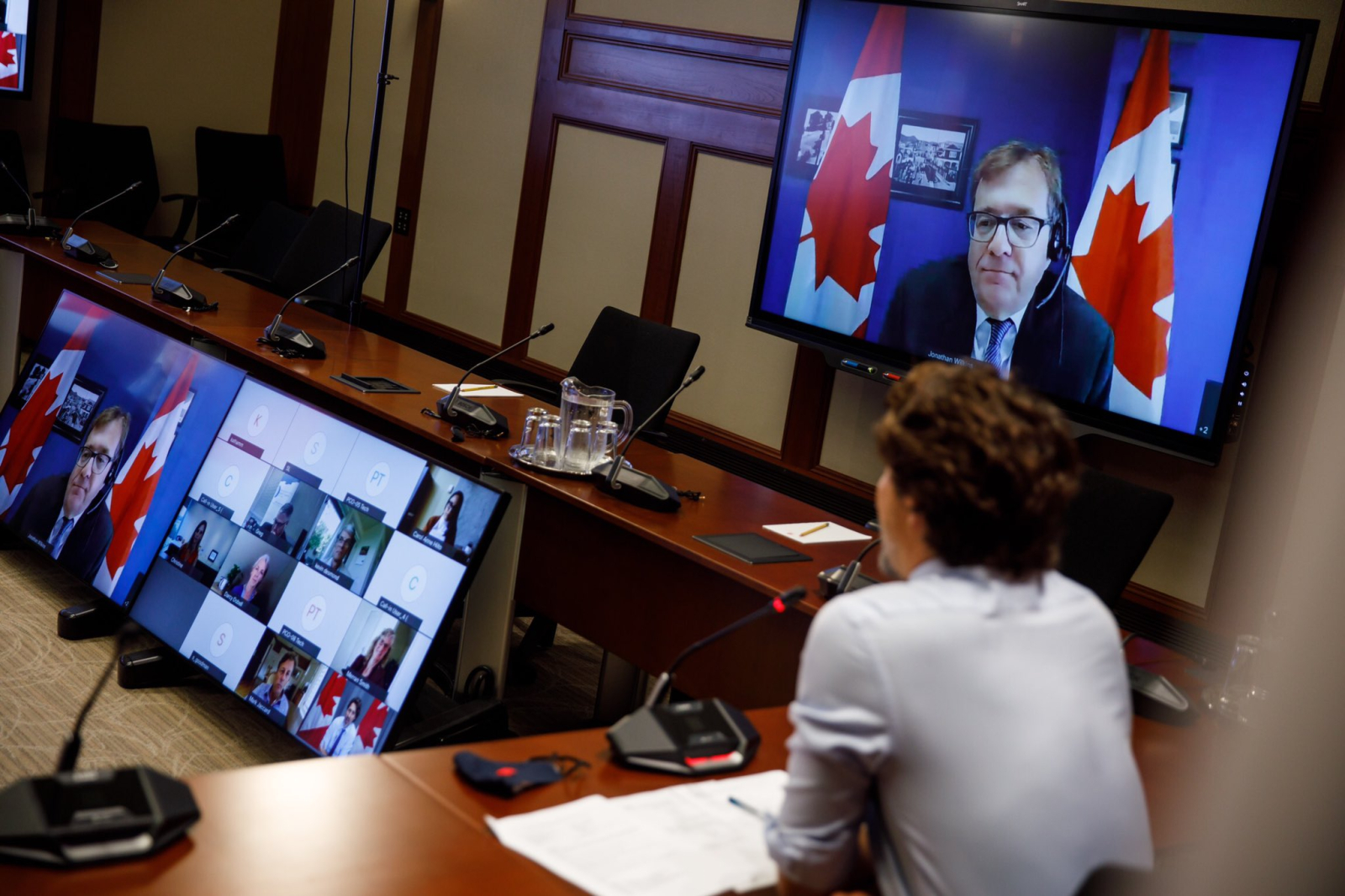 Prime Minister Justin Trudeau held his first virtual tour of British Columbia on Wednesday, in lieu of his usual in-person visit to the region, given the restrictions around travelling during the COVID-19 pandemic.

Today, I’ll be meeting with business leaders and partners from across BC, doing a few interviews, and meeting with Premier @JJHorgan - virtually. I’ll keep you posted on how it all goes, stay tuned! pic.twitter.com/mzFDNV62E7

The federal government announced a $28.5-million green infrastructure project with the province on Tuesday. The funding will be divided among 11 projects across B.C., from expanding electric vehicle charging stations in Nanaimo to experimenting with using heat from Vancouver's sewage to create low-carbon forms of energy.

As Canada tries to recuperate from economic losses incurred during COVID-19, environmental advocates have urged the federal government to remember and keep its climate change and conservation promises. Approaching its Paris climate agreement 2030 deadline, Canada has vowed to reduce greenhouse gas emissions to 30 per cent below what they were in 2005. Trudeau’s government also pledged to increase the amount of land, freshwater and marine conservation areas to 25 per cent and reach net-zero carbon pollution by 2025.

“We got to get through this pandemic first,” said Trudeau in a video posted prior to his meetings.

The prime minister, along with Wilkinson, participated in a “Green Recovery” roundtable that included major stakeholders from B.C. to discuss shaping economic recovery while simultaneously meeting Canada’s climate targets.

Canada’s economic recovery needs to be equitable, inclusive, and green - and right now, we have an opportunity to build a more resilient future, and create good jobs and a sustainable economy. That’s what I spoke about with @TransLink, @Vancity, @CleanEnergyCan, and others today. pic.twitter.com/p9iVcEwm4V

Analysis from the Canadian Centre for Policy Alternatives found that the forced shutdown of businesses in March saw pollution levels in the country’s five largest cities fall by 15 per cent. But the environmental gains were tainted by a historically low drop in Canada's gross domestic product, which for the months of April, May and June slumped by 11.5 per cent, according to Statistics Canada's latest numbers.

Trudeau’s virtual tour comes as Parliament is set to resume in three weeks, when his government could fall on a non-confidence motion. While Trudeau said he prorogued Parliament to give his government time to figure out a COVID-19 recovery plan, it came on the heels of an ethics probe into his dealings with WE Charity.

Prime Minister Justin Trudeau did his first virtual tour of B.C. in lieu of his usual in-person tour of the province.

If the Liberal government fails the confidence vote, Canadians would go to the polls this fall. With 42 seats in the House of Commons, B.C. could play an important role in who is elected prime minister. In the 2019 election, the Liberals and the NDP won 11 seats each in the province, while the Conservatives got 17.

Premier John Horgan said his discussion with the Prime Minister and his minister of environment focused on keeping British Columbians safe during the pandemic.

That should be net-zero by

So infrastructure projects will mainly benefit men as most trades jobs are predominately filled by men. Yet women are more impacted overall than men because of COVID-19. Where is the commitment to fund COVID-safe child care and early childhood education so that women can get back to work?

An excellent point. Childcare is one of the core considerations of any valid economic recovery and sustainability plan. Research by the Globe's Doug Saunders for his book 'Maximum Canada' found that Quebec's $7 / day childcare program was indirectly paid back in surpluses as many more women re-entered the work force earlier after child bearing and thus paid more overall income and consumption taxes than in other jurisdictions without adequate or affordable childcare opportunities. Moreover, the children are more completely socialized and readied for life in our diverse society than kids who did not have pre-school exposure to other cultures and education.

So infrastructure projects will mainly benefit men as most trades jobs are predominately filled by men. Yet women are more impacted overall than men because of COVID-19. Where is the commitment to fund COVID-safe child care and early childhood education so that women can get back to work?