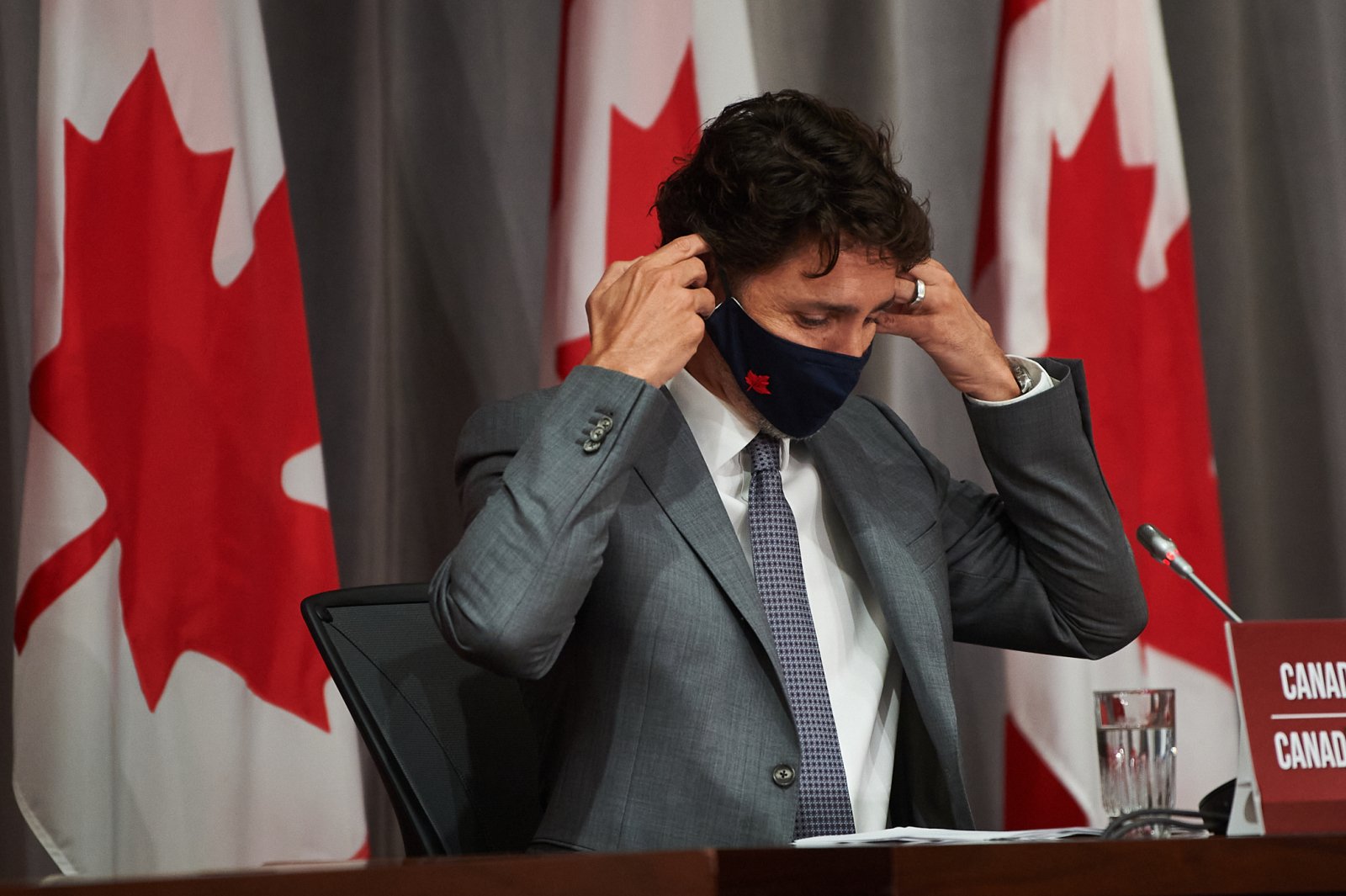 Prime Minister Justin Trudeau, pictured in July 2020 in Ottawa. Speaking in Toronto on Wednesday, Trudeau said CERB still needs to be phased out, even as COVID-19 cases surge in B.C. File photo by Kamara Morozuk
Previous story
Next story

At the end of July, Trudeau announced the Canada Emergency Response Benefit, or CERB, will wind down as the government reworks the employment insurance system for the era of COVID-19. Though Trudeau said Canada is “not out of the woods,” he also said it’s important to begin placing building blocks for economic recovery.

“As we are living with COVID-19, there’s a lot of economic activity picking up again, and that’s a good thing. And obviously it needs to be done carefully,” he told reporters in Toronto on Wednesday.

“That’s why shifting from CERB, which was designed to keep people at home and not working, towards a more EI-like system that will have incentives to work and encouragements and supports for people while the economy gets growing again, is the right step.”

On Tuesday, B.C. said it had recorded 429 new cases of COVID-19 over the Labour Day long weekend. In response, provincial health officer Dr. Bonnie Henry ordered the closure of nightclubs and banquet halls, and set last call for bars at 10 p.m.

“It’s going to be a challenging time for those businesses,” Henry said Tuesday.

Other provinces are also encountering similar problems, even before the effects of students’ return to school this week are reflected in COVID-19 statistics. In Ontario, for example, Health Minister Christine Elliott announced a pause on reopenings Tuesday as the province reported nearly 200 new cases of the virus two days in a row.

CERB, which gave Canadians who were unemployed due to COVID-19 payments of $2,000 per month, will end in two-and-a-half weeks. On Sept. 27, people using the program will transition into three new temporary benefits under a revamped EI system.

Millions of Canadians have gone back to their jobs since provinces began reopening businesses in May and June. But many more remain out of work. As of Aug. 30, more than 1.1 million B.C. residents had applied for CERB since the program was rolled out, though it’s not clear how many are still receiving the benefit, the federal government said.

“The last thing that anyone wants is to have to once again shut down our economies,” he said.

“As we are living with COVID-19 there’s a lot of economic activity picking up again, and that’s a good thing. And obviously it needs to be done carefully,” Prime Minister Justin Trudeau told reporters in Toronto Wednesday. #cdnpoli

B.C. only gets 0.5% of federal funding for housing, MP finds

The climate impact of stimulus spending