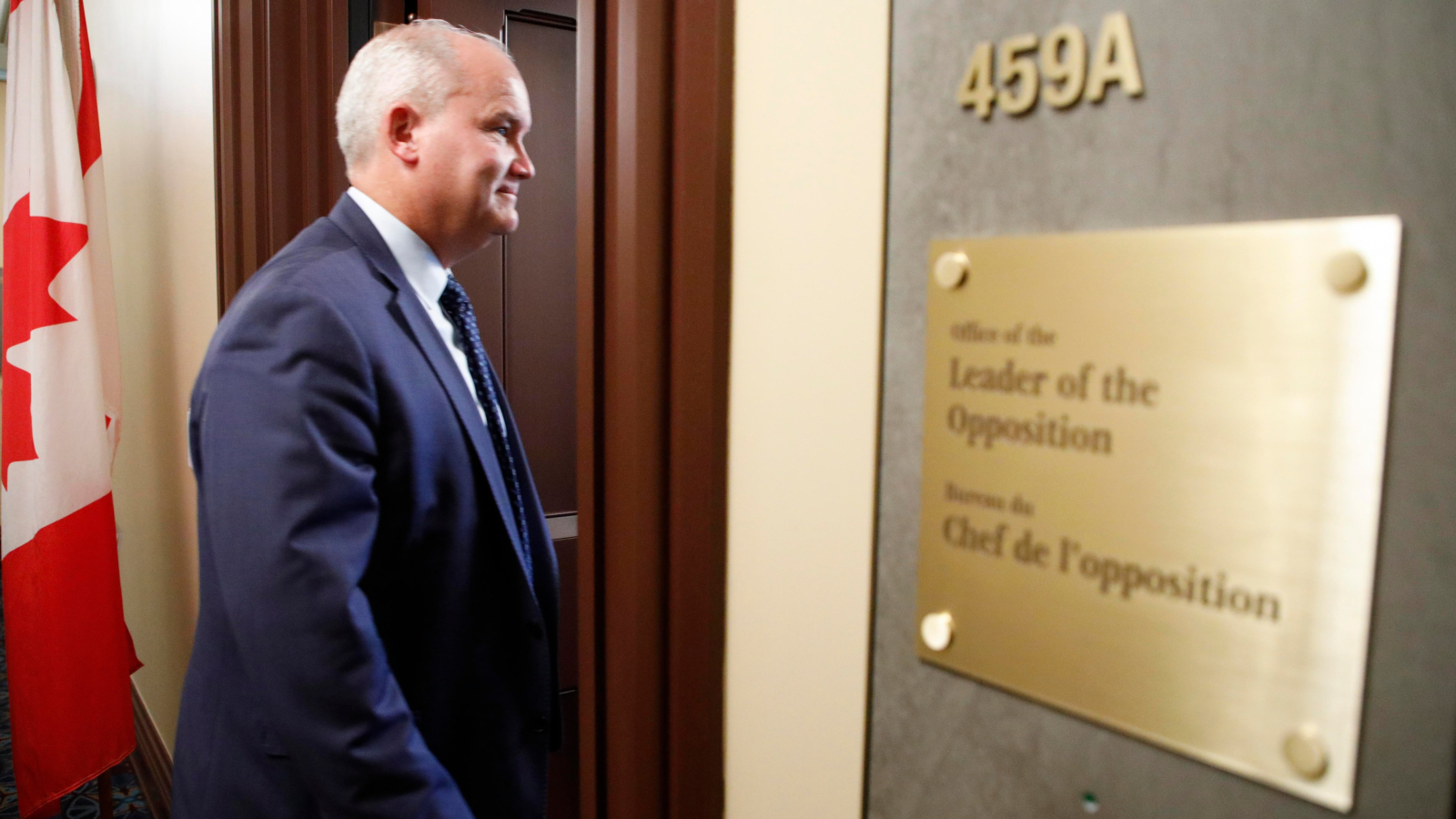 O’Toole unveiled the group on Tuesday morning, insisting in a news release that his new government will “defeat Justin Trudeau’s corrupt Liberal government in the next election.”

While a few MPs have stayed put or just been shuffled into new positions, O’Toole’s cabinet features a new slate of MPs, many of them younger.

It’s time to take another look at the Conservative Party. Meet our Shadow Cabinet. We are here to fight for you and your family. pic.twitter.com/dHTD3aC6YZ

Other notable picks include MP Michelle Rempel-Garner as the party’s critic for health. Rempel-Garner will play an important foil to the Liberals, as the federal government battles its way through the ongoing COVID-19 pandemic.

Rempel-Garner’s Liberal counterpart Patty Hajdu has been at the forefront of the federal government’s response to the pandemic, being present at daily COVID-19 briefings along with the country’s Chief Public Health Officer Theresa Tam.

The 40-year-old MP, who represents the riding of Calgary Nose Hill, had her first brush with cabinet politics when she served as the Minister of Western Economic Diversification -- considered a junior portfolio -- under former prime minister Stephen Harper.

Rempel-Garner responded to critics on Twitter, who questioned her experience with health care. She contested that she had spent a “decade helping to commercialize and manage early-stage medical research at two major Canadian universities, and aided the formation of two primary health care networks in Alberta,” in a press release.

Starting at age 18, I worked my way through university in the Department of Biochemistry and Medical Genetics at the UofM, then the Deans Office of the Faculty of Medicine, and then the Industry Liaison Office. Dr. Allan Ronald was one of my first bosses. https://t.co/G3sbLhDKXk

She said in her statement that she perceived the Liberal response to the pandemic as being “slow and costly” and said the government has failed to plan for a second wave.

Besides the pandemic, Rempel-Garner said she has already had discussions with O’Toole to end Canada’s discriminatory blood ban, which doesn’t allow gay men to donate their blood.

MP Pierre Poilievre, known for being an intensely critical voice in the House of Commons, kept his position as the opposition’s finance critic. Poilievre has engaged in contentious back-and-forths with his Liberal counterparts about Trudeau’s WE Charity scandal.

While Poilievre’s position hasn’t changed, his opposition has. He’ll be facing off against the Liberal’s new finance minister Chrystia Freeland, who had previously served as deputy prime minister.

Freeland stepped into the role after former finance minister Bill Morneau resigned in August, after his involvement in the WE Charity scandal came to light, though some of his defenders insist there was no connection.

MP Michael Chong, who represents the Ontario riding of Wellington-Halton Hills, was assigned as the foreign affairs critic. Chong previously served in the government of former prime minister Stephen Harper as the Minister of Intergovernmental Affairs and Minister for Sport.

He’ll be the Tory’s point-person on international affairs, as Liberal minister François-Philippe Champagne continues a tedious, contentious battle with China, over the arrest of Huawei executive Meng Wanzhou.

The federal government has endured criticism for the handling of its increasingly cold relations with China, which continues to imprison two former Canadian diplomats, Michael Spavor and Michael Kovrig.

Perhaps the most familiar face on O’Toole’s cabinet is that of former Conservative leader Andrew Scheer.

Scheer was appointed minister of infrastructure and communities, a role that will increasingly come into play as the federal government looks towards infrastructure spending as a means to economic recovery amidst the pandemic.

Scheer will also get to watch as O’Toole potentially faces off against Prime Minister Justin Trudeau if his Liberal government loses a vote of confidence when parliament resumes. Such a loss means a fall election. While under Scheer, the Conservative Party increased its seat-count and won the popular vote, but still lost to the Liberals who formed a minority government.

O’Toole believes the new Tory critics, who he collectively characterizes as a “Conservative government in waiting,” might have a better luck.