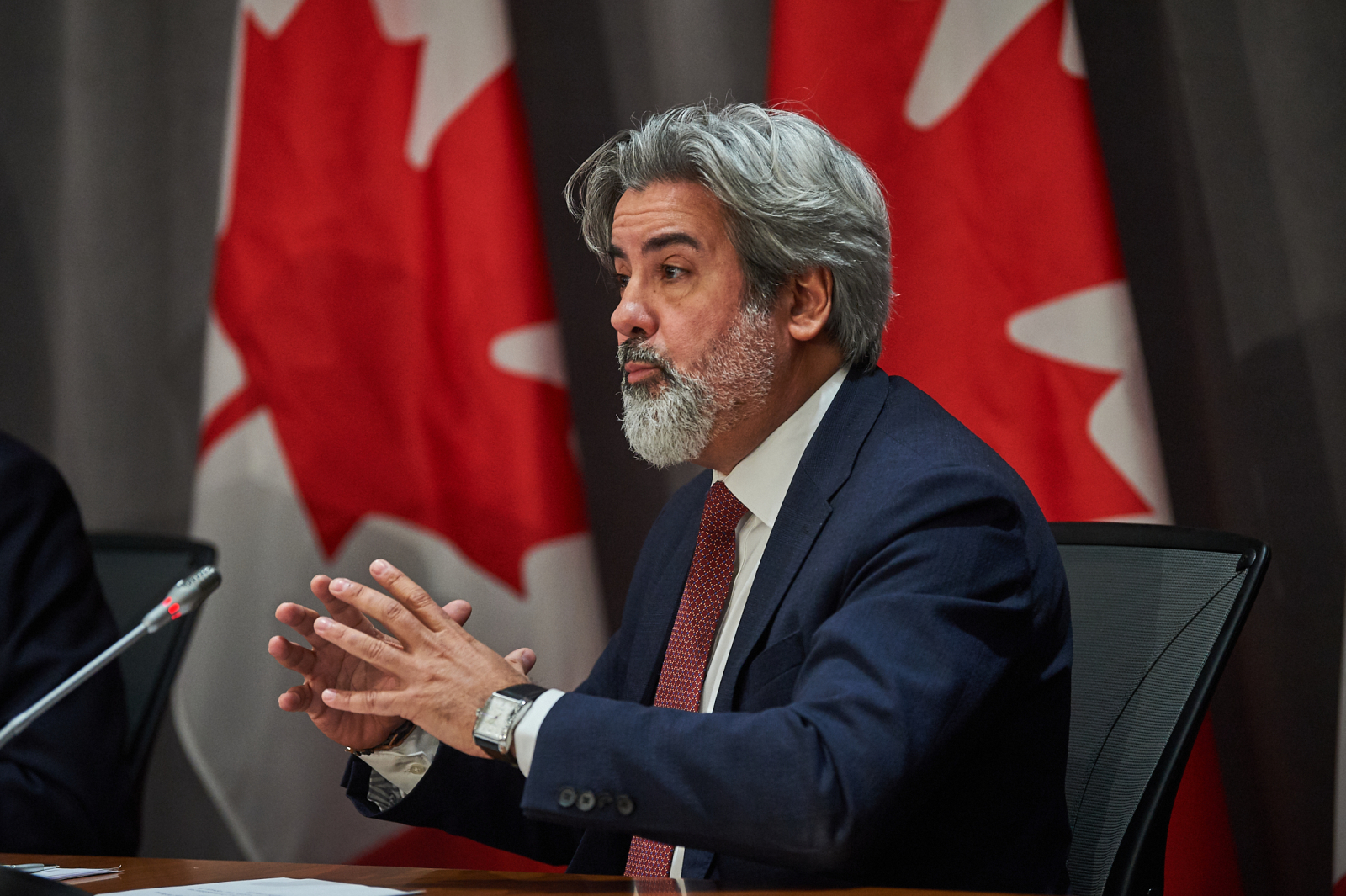 Government House leader Pablo Rodríguez on Tuesday pointed to British Columbia’s vote-by-Zoom method as a temporary measure for MPs when they return next week for a new session of Parliament.

The Legislative Assembly of British Columbia sat this summer using a hybrid model where some MLAs participated in person, and others virtually, voting over video conference. Such video voting has also been used by some municipal councils in Canada.

Meanwhile, in Ottawa, the minority Liberal government used a combination of a special committee format and a skeleton crew of MPs over the summer to represent the parties for a handful of meetings, instead of regular official sittings. That format died when Prime Minister Justin Trudeau prorogued Parliament on Aug. 18.

Now, as MPs prepare to return on Sept. 23 for a speech from the throne and a new session, they are again faced with the issue of how to carry out their duties, vote on legislation, and hold government to account all while navigating the reality of the COVID-19 world.

Technically, all 338 MPs are on course to gather again in one room. The Liberals, however, appear reluctant to let that happen.

“We believe that the return of the House should continue on the basis of the hybrid model that we have, so that there's not 338 people packed into a very small room where we could really contaminate each other,” said Canadian Heritage Minister Steven Guilbeault on Tuesday, on the sidelines of a two-day cabinet retreat in Ottawa.

The threat posed by the mass gathering of MPs was underlined this week when the entire Bloc Québécois caucus went into isolation after a staffer in leader Yves-François Blanchet’s office tested positive for COVID-19.

As MPs prepare to return on Sept. 23 for a Speech from the Throne and a new session, they are again faced with the issue of how to carry out their duties, vote on legislation, and hold government to account all while navigating the COVID-19 world.

On Tuesday, Rodríguez, who is continuing to negotiate with opposition parties over remote voting, pointed to the Bloc’s sudden isolation as a reason for setting up a new system that would emulate B.C.'s legislature.

Some MPs could attend in person, while others could vote over a video conference platform like Zoom, he said.

“The situation with the Bloc clearly demonstrates what democracy is in the time of a pandemic. In my opinion, it makes no sense that you have, I don't know, dozens of MPs who cannot vote because they're doing exactly what is asked from them, which is to isolate,” said Rodríguez.

“And in my mind, it's one MP, one vote. They've been elected democratically across the country, and we should be all be able to vote. And in this case, the MPs from the Bloc Québécois, if they're following all the guidelines — well, if there's a vote today, for example, they should be able to vote either from the hotel, from their house or whatever.”

NDP Leader Jagmeet Singh has said the party is focused on the Liberals' next budget, rather than the throne speech.

Bloc MPs are in self-isolation after they discovered a case of Covid among their staff.  Our thoughts are with them and we wholeheartedly hope that none one else will be affected.
(1/2)...

As MPs switch to the vote-by-Zoom method, Rodríguez said, a new voting app for smartphones could be tested out. Eventually, he said, MPs could move to a second system, where they would vote through the phone app.

“The chamber has developed an application that you just have to test for a short period, and during that time, we can do like British Columbia and vote by Zoom,” he told media at the cabinet retreat.

“The House has developed an application, it has to be tested, it's not going to take very long. While it's being tested, we can vote by Zoom, like it's being done in B.C.”

Conservative House leader Gérard Deltell has agreed that all 338 MPs shouldn’t be exactly in the same locations in the House chamber as before. “But there are plenty of other ways,” he said.

Many opposition members had been unhappy with the special committee format over the summer.

Opposition parties could not introduce bills, debate motions or set the agenda during opposition days, for instance. Conservative MP Candice Bergen, now deputy leader, had called it a “fake Parliament.”

The Conservatives have also accused the Liberals of trying to engineer a shift towards voting via smartphone app.

When a House committee recommended this option over the summer, MPs Blake Richards, John Brassard, Eric Duncan, and Corey Tochor released a dissenting report that said that “from the beginning, the Liberals had their eyes on app-based voting.”

The Tories said they want to accommodate MPs who can’t be present in the House due to COVID-19 public health guidance.

“However, we draw the line at votable business and remote decision-making,” they wrote.

Their report recommended instead that the House resume scheduled sittings this fall, in the House chamber, while ensuring physical distancing by regulating the number of members in the chamber at one time.

They said MPs should be encouraged to “remain in the National Capital Region during weekends between sitting weeks” to minimize travel. MPs should be screened and tested regularly, they said.

The Tory report did say that, despite concerns over remote voting, “it is noteworthy that several of the committee’s witnesses strongly urged the use of video-based voting, based on our existing video conference platform, rather than going with a separate, new smartphone application.”