Right-Wing conspiracists linked Antifa to the wildfires. Then Russian media gave them a boost. 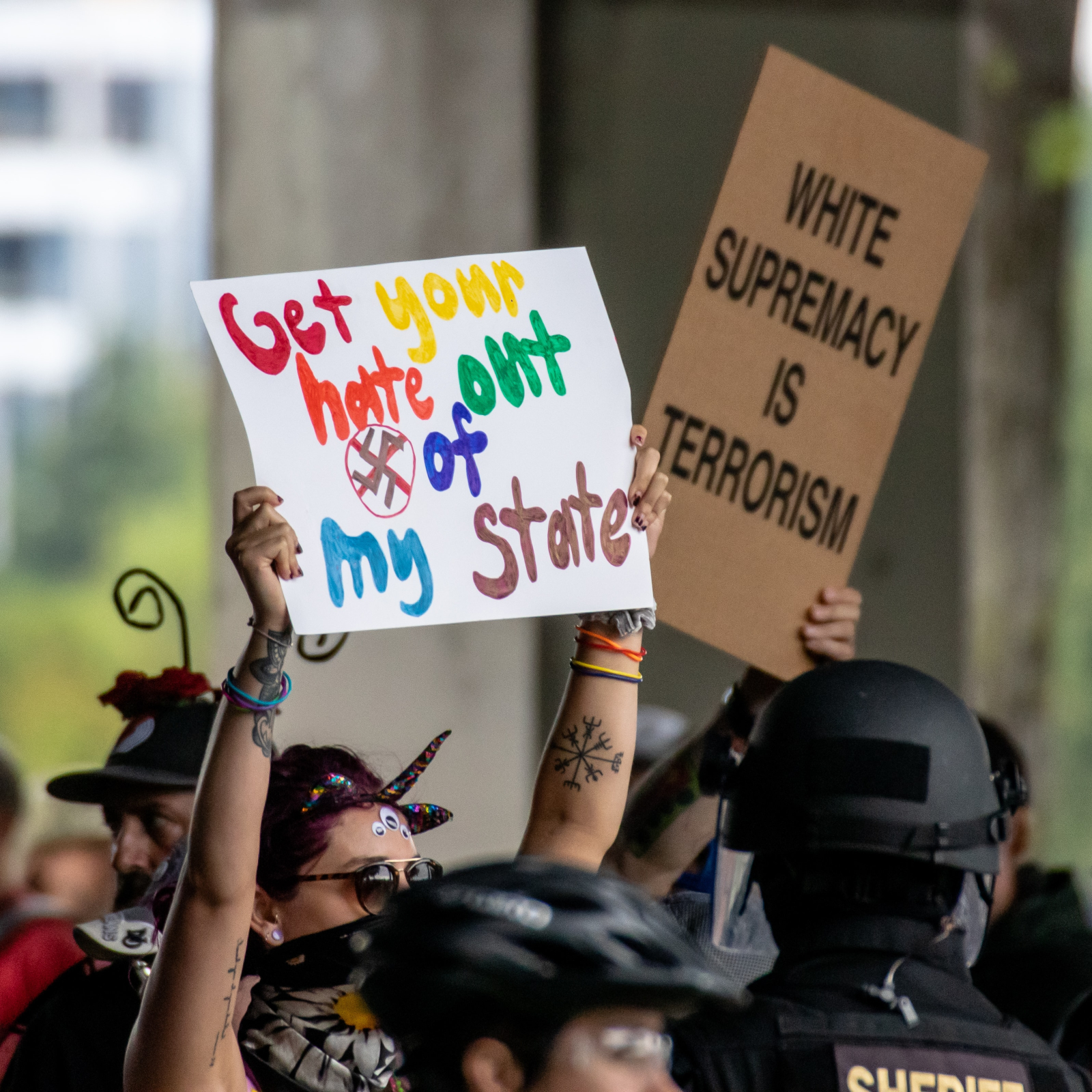 Wildfires have long been weaponized by climate deniers wanting to sow political division. But this week, the blazes consuming the West Coast became part of an election cycle culture war when claims that antifa started wildfires in Portland went viral. There’s no evidence that antifa started any wildfires, but conservatives on social media ran with the claim anyway, spreading it far and wide in Facebook groups and on YouTube.

It’s unclear how the conspiracy theory originated, but its first big boost appears to have come courtesy of RT (formerly Russia Today, a Russian state-controlled media outlet known for mixing news with Russian propaganda.) RT’s signal boost came in the form of an article that smashed together separate pieces of information about policing in Portland and the wildfires, insinuating a nefarious (and non-existent) link between the two.

“‘Antifa are thrilled to hear this’: Portland police ask protesters not to start blazes amid statewide wildfire emergency,” read a RT headline from September 9th. The story focused on how the Portland Police Department was imploring protestors not to use fire during their demonstrations “since fire danger is very high right now.” While the facts of the story are technically true, RT goes out of its way to connect the current wildfire crisis with antifa, by eliding dates, and wrongly conflating incidents. The Sheriff’s call for protesters not to use fire came on September 9. The last time protestors set large fires during a protest was on the evening of September 6, lasting into the early hours of the next day. Regardless, RT used video from that night of the 6th (without noting the date the footage) as the primary art for the story.

The headline is also misleading. Portland Police never said “Antifa are thrilled to hear this”. That quote was in a tweet from Andy Ngo, a right-wing propagandist who has been associated with the violent far-right group, Patriot Prayer.

Taken together, RT insinuates that antifa, the disparate and splintered group of antifascists, was a catalyst for the wildfires. No such evidence exists. But while they signal-boosted that false claim, RT didn’t invent it from whole cloth. By the time Russian state media’s post came out, rumors about antifa intentionally starting wildfires had already spread in online forums like Reddit and Facebook for at least a day.

The most viral post supporting the conspiracy theory that followed RT’s article was Law Enforcement Today’s now-altered article, initially titled “Sources: Series of wildfires on the West Coast may be ‘coordinated and planned’ attack.” Law Enforcement Today changed it to “Arson arrests made across the west coast as fires rage on,” and appended an editor’s note, but not before it went viral, further feeding the online right-wing ecosystem.

“They see the stuff already happening online, and then they just help push it.”

A day after RT’s post, American right-wing websites like The Post Millennial, the right’s attempt to create a millennial Breitbart, and the conspiracy-laundering Gateway Pundit, ran their own misleading stories about an alleged arsonist who set a strip of grass in a highway median ablaze in Washington state. The Gateway Pundit initially published an article with the headline “Antifa Radical Arrested for Arson in Washington State” on Friday, even though there was no reason to believe that the arson suspect had any ties to antifa (it later quietly removed “antifa” from the headline.) The Post Millennial’s story was only slightly less misleading, blaming the arson on a BLM activist—on the grounds that his Facebook account showed him attending one Black Lives Matter protest. The publication also claimed he “led” the gathering. A video shows him at the front of a protest, but there’s no evidence that he organized it.

There’s no evidence that #antifa started any #wildfires, but conservatives on social media ran with the claim anyway, spreading it far and wide in Facebook groups and on YouTube.

Matt Binder, a journalist who writes a newsletter on misinformation and who noticed RT trying to link antifa to wildfires, noted that this is how Russian political interference often works. “A lot of the coverage of the Russia stuff always sort of pushes the idea that Russia is creating narratives and then spreading,” he explained over the phone. “That’s not what happens. They see the stuff already happening online, and then they just help push it.”

That’s potentially what happened in this case. Antifa wildfire rumors started online, and then RT helped provide the framing to give the idea more credence, before more cavalier, domestic right-wing sites blew the conspiracy out of control.

It is a complete falsehood to

It is a complete falsehood to say that there is no evidence of arson. It has been captured on video, local Sheriffs have made arrests.

You are losing credibility rapidly, Observer!

You're missing a step. There

You're missing a step. There's always arson. The question is who is committing arson. What there's no evidence of is connection to Antifa, or left wing radicalism in general.
On the other hand, we know for absolute sure that right wing and white-supremacist radicalism is responsible for plenty of murders. Even the FBI admits it.

Agreed that there is always

Agreed that there is always some arson in forest fires. Some, but not that much.
Has anyone looked into fires being started by Andy Ngo or readers of The Post Millennial or the Gateway Pundit?