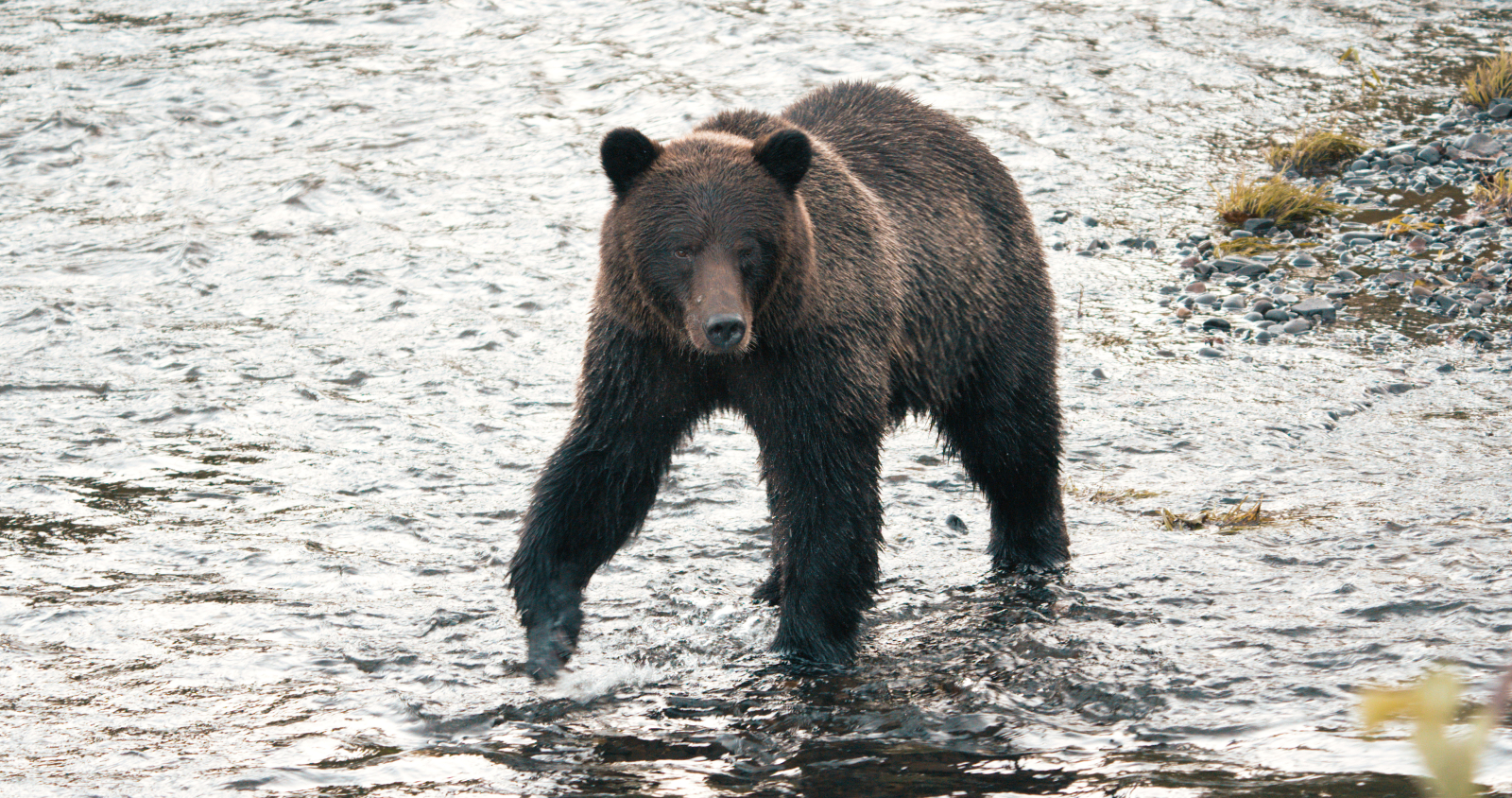 “The land is our dinner table,” Malii's grandfather Lelt (the late Fred Johnson) and a Gitxsan hereditary chief, said one evening while the family was eating dinner. He didn't say it in English — he spoke fluently in his Sm'algyax language, and though Malii was blessed to grow up around fluent speakers, he didn't quite know what his grandfather meant at the time.

“I didn't want to be rude to ask, 'Our dinner table?'” Chief Malii, also known as Glen Williams, told me during a Zoom call in March.

I called to ask the chief about the land use plan operating in the Gitanyow lax yip (territory). I had been hearing about Gitanyow's success in the Indigenous-led conservation space through the moccasin telegraph. We just happened to connect at the outbreak of the coronavirus.

Over time, Chief Malii told me he came to understand quite well what his grandfather had meant when he said the land is hanii tohowxt, or what could only be loosely translated to “dining table.”

Malii grew up in his community, surrounded by his language, learning about his social system, house groups, laws and feasting, from those who safeguarded them. He spent his life on his territories, hearing the names and stories of the mountains, creeks, and camp areas.

Chief Malii also spent a significant part of his life in meetings and courtrooms, battling all levels of government in the political scene over 30 years.

“My grandfather meant the whole lax yip (territory) provided moose, salmon, berries, medicines. All the things that provide for your dinner table, the land provides,” Chief Malii said. “We need to think about sustainability in that way, with climate change and now COVID-19 — we need to go back. An Indigenous land use plan is an insulator against climate change.” 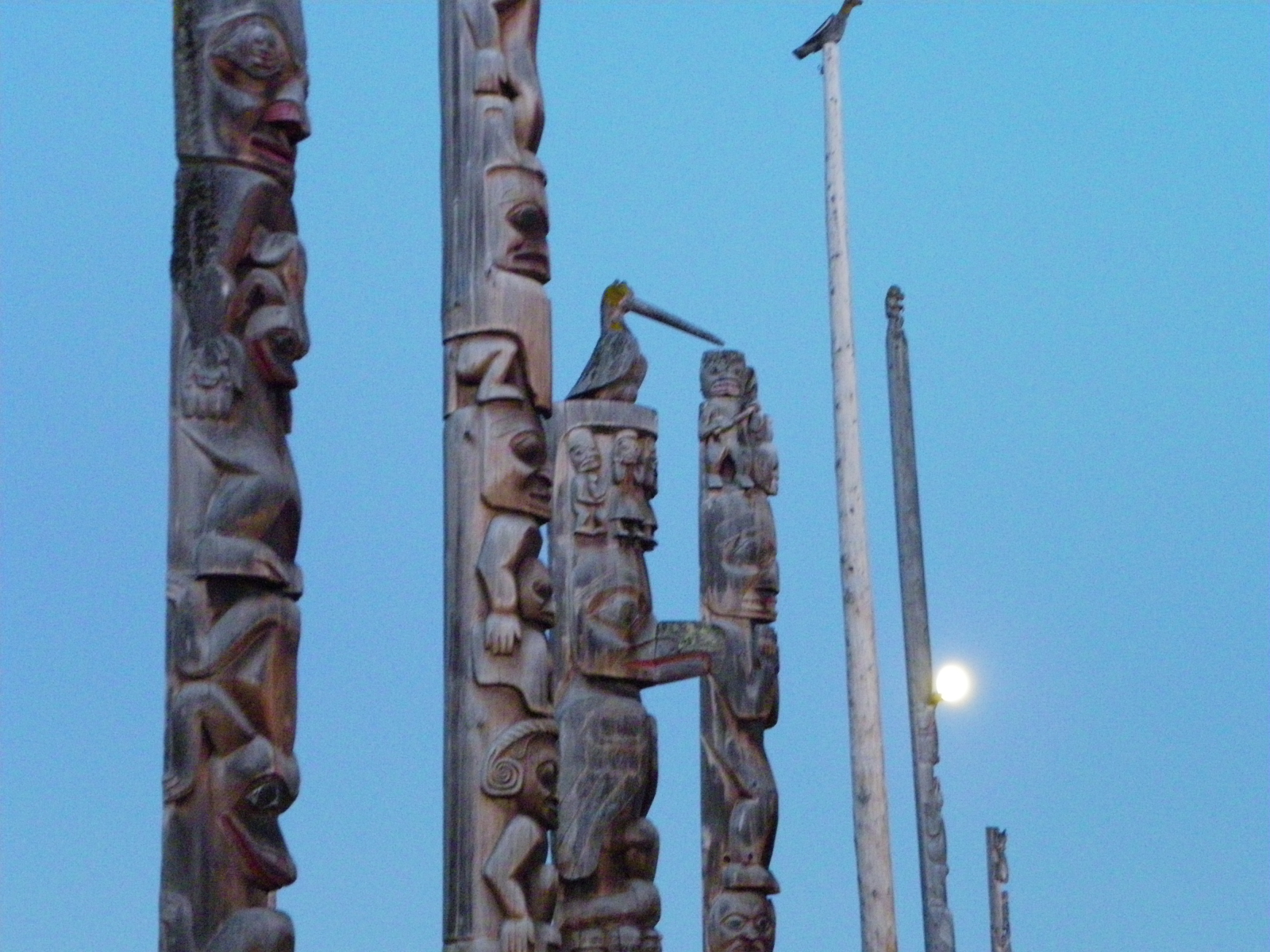 “In some cases, oral history will date back 12,000 years on the coast, about how they migrated inland and acquired territory in Gitanyow,” he explained. “That's part of their oral history; proof of who you are, the names, how you migrated, when you acquire territory.”

Usually there's an event that takes place, he said, when family crests are acquired, crests that belong exclusively to a certain house group, as well as songs, which continue to be sung today.

The Gitxsan and Gitanyow social structure is intact today, despite the Canadian government's best efforts to exterminate them with laws like the potlatch ban that made it illegal to feast and conduct business, and which wasn't lifted until the 1950s.

Diverse and distinct Indigenous legal systems across the coast and beyond continued, one way or another, and are alive and well today.

“We have traditional law for access to land, traditional law to uphold your house group, invite people to a feast, recite your oral history or crest, your territory and fishing sites,” Chief Malii said. “We still erect 'getim gyan,' what people call totem poles today, which reaffirm ownership, the existence of the house group, the laws, crests, songs, in connection to territory. 'Getim gyan' means the recording of the Wilp oral history, crest or 'birth pole' in our language.” 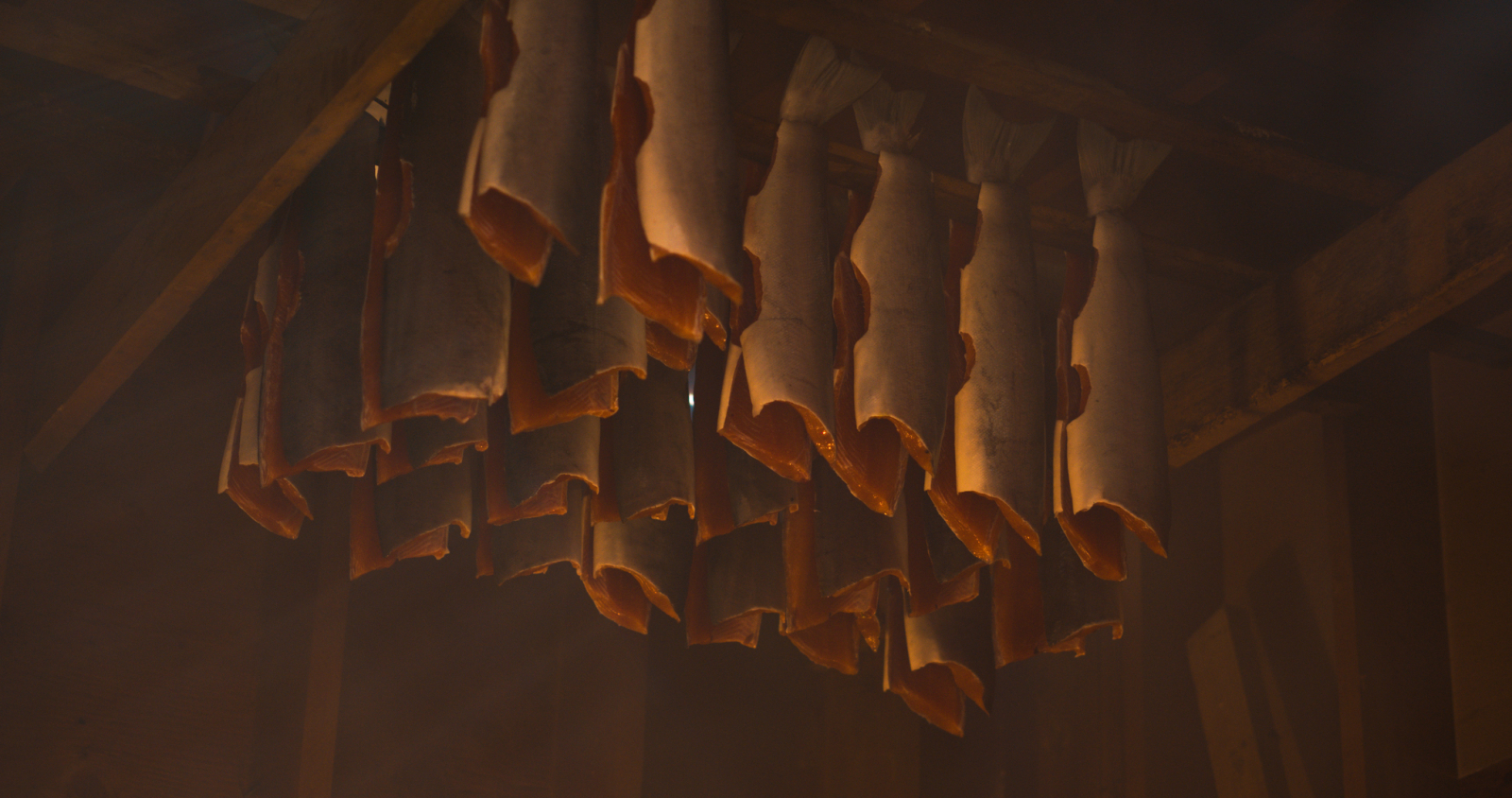 Sitting in the northwest of what is now known as the province of British Columbia, the Gitanyow community is a distinct part of the Gitxsan people.

In Gitxsan law, there are house groups, led by a head chief, with four to five subchiefs on the men's and women's side, Chief Malii told me. Each house group will have 150 to 200 members, while some are bigger. Each has an oral history that describes where the group originated and migrated from.

The Canadian government denied and minimized rights of Indigenous peoples back in the 1980s, Chief Malii remembered. If a company wanted to start a major project, be it mining, oil, forestry, they would write a generic letter, he said, and ask for comments or feedback, with little intent to consult and accommodate, let alone seek consent.

The Supreme Court of Canada has been an important domain for Indigenous peoples to assert their histories, cultures, legal systems and rights. A number of SCC victories, some cases spanning decades, regarding Indigenous peoples rights, territories and practices have set critical precedents for nation-to-nation business in Canada.

“When the decision came down on Haida, (the court) said where it impacts Aboriginal interests, companies are required to not only consult, but seek to accommodate the Indigenous group,” Chief Malii said. “After Haida, we said they have to consult with our Aboriginal interest — which is the house group, the territory, thousands of years of history — and we began to frame out letters in that way.”

“We were successful in getting the court to say the Wilp house territory and house boundaries are an Aboriginal right,” Chief Malii said, which was a huge step in a direction he was proud to go. “The court also said the traditional law of the Gitanyow — oral history, lands system, laws — need to continue down into the future, which is very similar to sustainability.”

Environmental interest groups often talk about sustainable green futures, green economies, conservation strategies, but these words and concepts can be traced back to Indigenous cosmologies of interconnection, reciprocity and responsibility to the greater whole.

If you adopt a Gitanyow house territory perspective, you understand that you can’t have too much activity in one territory or it won’t function for the future house members, Chief Malii told me.

“If you blend science with traditional law, you can say with good proof that these animals won't come back, the berries won't grow, or the fish will dry up if you continue,” he said.

Chief Malii would be sitting at negotiation tables, helping draft letters, or going toe-to-toe in court battles, trying to articulate the wisdom and wishes of his elders into a language the Canadian governments and courts could understand.

“Elders would say, 'What about the moose in that watershed, or what about those fish?'” Chief Malii told me. So he and his community articulated their right to accommodation as the right to choose how to use their territory.

Only after three court decisions did the Gitanyow get a commitment to develop a land use plan they could stand behind, he said. It has taken them 10 years to develop what they use today.

“We said, 'We're not interested beyond the traditional boundaries of the Gitanyow, that's another nation, and they can do what they want.' We want each house territory to be sustainable, no matter the size, because that's our traditional law.” 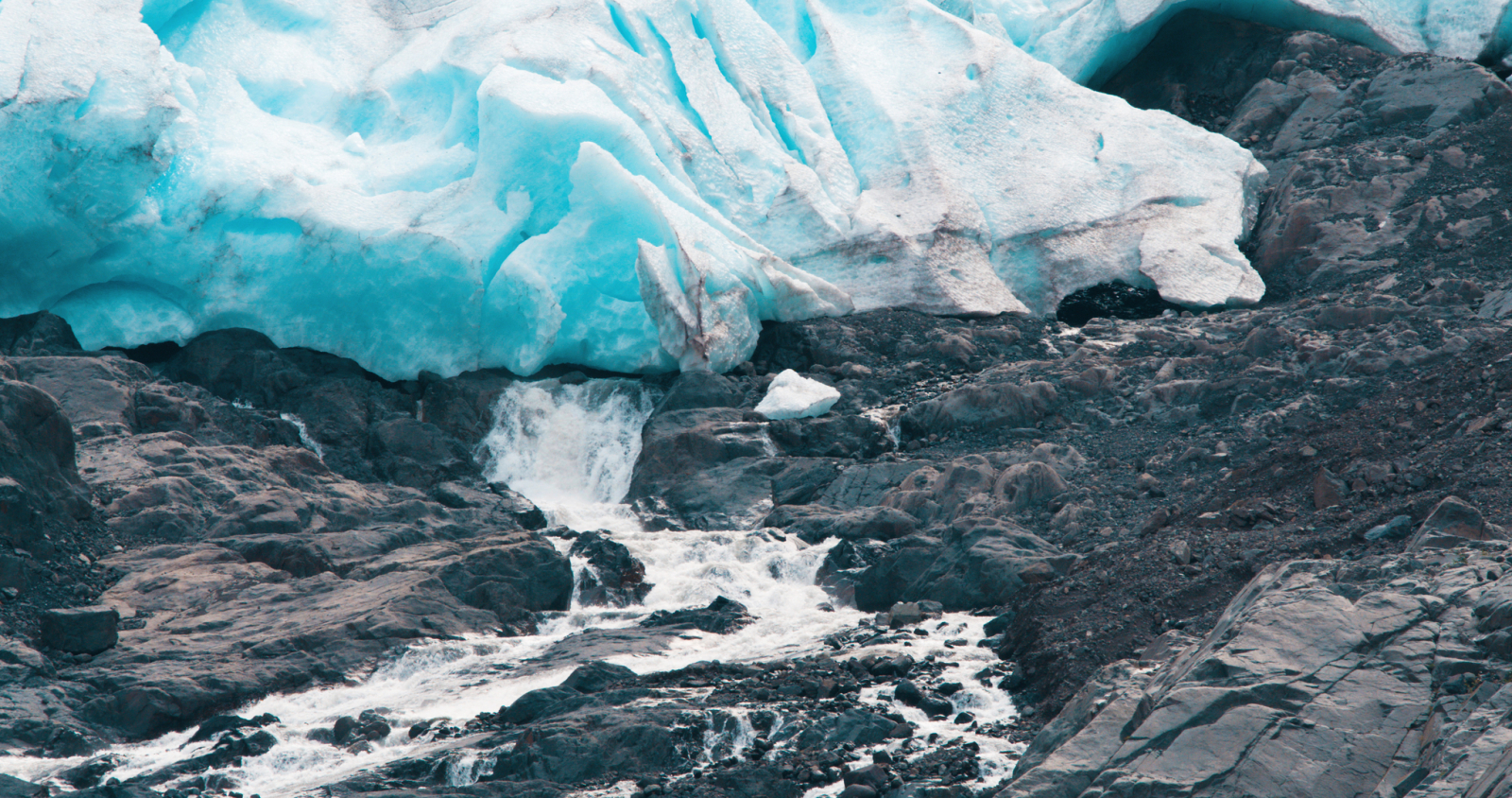 The Gitanyow land use plan and conservation strategies work around wildlife, Chief Malii explained to me. They were able to argue for the protection of the moose in their northwest territories and today have corridors in the lower valleys, rivers and creeks 200 metres above flood plains, which Chief Malii called ecosystem networks.

These areas are home to salmon, which feed the bears whose messy remnants fertilize the riverbeds and nourish the trees, Chief Malii said, which in turn, keep the rivers from flooding and eroding.

“We called these areas 'ecosystem networks,'” he said. “Throughout the entire territory, you have a big vein that runs through all the major rivers, creeks, and goes up into the valleys. The ecosystem networks have 200 metres on both sides above the flood plains, to avoid rapid flooding and sedimentation.”

The Gitanyow have protected a moose wintering range, grizzly bear habitat in different spots, buffers for goats from logging, prime salmon habitat protection — all off limits to logging and other disruptive activity, Chief Malii told me. They also have identified water management areas, where there is no logging and trails and roads are restricted to protect the function of the whole ecosystem. They have marked off protected areas for berry picking, mushroom harvesting and traditional medicines, which took 10 years with money that at times did not exist. But they did it, he said.

The community has given the green light to the government for some timber harvesting in certain operable areas, he said, decisions that are left up to each house territory and industry. The community will determine what “controlled harvesting” will look like over the next 80 to 100 years, he added.

The western part of the territory has prime mining potential, he said, and the community is thinking about responsible mining, which Malii described as small, using newer and less-harmful techniques, such as stacking instead of holding ponds. And the community is exploring ecotourism, thinking about grizzly bear viewing, backcountry camping, all which would be up to each house group to develop in a way that works for them and their own cultural activity in the area.

“We didn't give up anything,” Chief Malii said. “It's a good feeling to use our traditional law, common law, and science to get what those chiefs and elders wanted, and to really implement our laws.”

Chief Malii said the Gitanyow land use plan and strategy can be used as an insulator for climate change. He and other community members have been asked to speak about their conservation strategies to different communities, chiefs, government officials.

“We may be a small dot on the planet, but we can give people a better idea on how to begin to save the planet,” Chief Malii said. 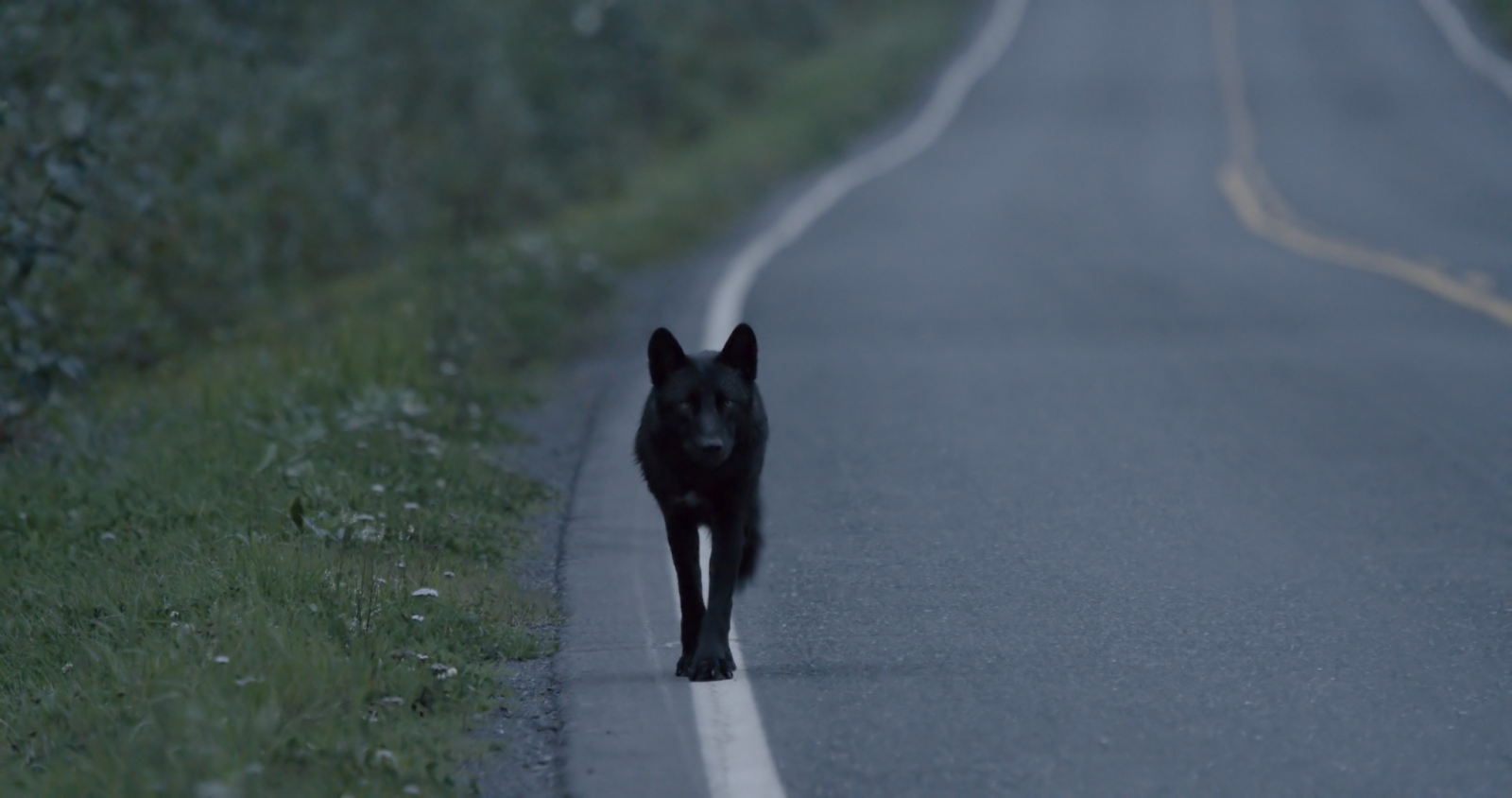 The western world compartmentalizes the natural world. There are laws for environmental assessments, laws for water management, laws for fish, laws for mining or forestry, and they're always changing, depending on who gets in, and whether they're pro-industry, Chief Malii said.

“It's about making money, getting the economy going, with lots of lobbying, lots of greed, and we see the effects,” he said. “It's not a holistic vision of the territory. If they continue in that way, it will lead to further disease and even starvation.”

This year has woken the world up in some ways. There is talk of a new normal, as each country and community cautiously make steps out of social isolation back into their societies. For Chief Malii, the new normal means Indigenous peoples occupying their territories and exercising their rights.

“The new norm will be recoccupy and exercise. I tell people we need to occupy the territory, take care of our salmon, wildlife, berries, because the government may have no money one day to send a B.C. Parks representative to check on the benches or toilets they have on the territory,” Chief Malii kind of half-joked as our conversation started to come full circle.

“The thing to do with Indigenous peoples is exercise your right, just do it,” Chief Malii said, echoing words I heard through many First Nations Forward interviews over the past months.

“It's about implementation — you just gotta do it. Occupy, that's our future,” Chief Malii stressed. “We have talented young people who have gone to school to be lawyers, doctors, biologists, writers. Our future is the young Indigenous people within our nations.”