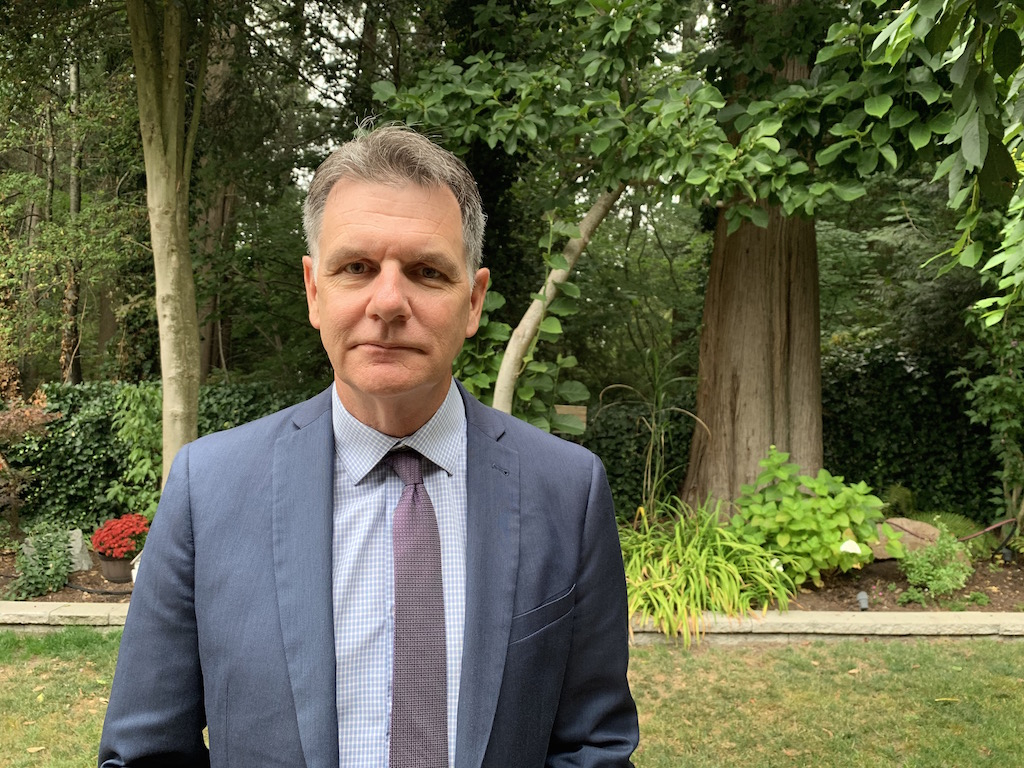 Walt Judas, CEO of the Tourism Industry Association of B.C., says the sector will be advocating during the provincial election campaign for ongoing supports for the struggling tourism sector. Photo supplied by Walt Judas
Previous story
Next story

B.C.'s struggling tourism industry was hoping for more when the B.C. government unveiled its $1.5-billion economic recovery plan just prior to calling a snap election Monday.

But though the money on the table falls well short of what the tourism sector asked for, it’s a start, industry advocates say.

“We think of it as a good first step,” said Walt Judas, CEO of the Tourism Industry Association of B.C.

The association had lobbied the province for $680 million to deal with the devastation the COVID-19 pandemic wreaked on tourism operators this year.

“We’re a $20.5-billion part of the economy, and represent one of the largest sectors in the province,” said Judas, adding the industry contributes $1.7 billion to B.C.’s tax coffers.

“So what we asked for was certainly not out of line. And what we received is a fraction of that total.”

Judas estimates B.C.’s tourism sector, which is heavily reliant on international visitors for revenue, will bring in about $7 billion in 2020 due to the pandemic.

When the government made the recovery plan announcement, it also signalled more support to tourism would be coming, Judas said.

“(Then) Premier John Horgan and Finance Minister Carole James suggested it would be part of the planning cycle for next year's budget,” Judas said.

“The things that we've been pushing as part of our advocacy during COVID-19 would be similar to what we'll be asking of political parties,” says Walt Judas, of the Tourism Industry Association of B.C. #BCelxn2020

“So, to that end, we view it positively, with the caveat that more help will be needed in coming months, particularly into next year.”

But despite the Oct. 24 election, the supports the tourism sector will be pushing for won’t be changing, regardless of who forms the next government, Judas said.

“Clearly, the things that we've been pushing as part of our advocacy during COVID-19 would be similar to what we will be asking of political parties,” Judas said.

“Such as, ‘What kind of ongoing support will you provide to tourism and hospitality to allow the sector to recover from COVID-19?'”

“A top priority would be addressing the liquidity issue,” he said. “So there’s more money for tourism businesses, particularly those that don't qualify for (relief) programs now.”

Run by industry representatives, the task force was to determine spending priorities for $50 million of the funding allocated by the government.

The remainder was to go to infrastructure projects in small, tourism-dependent communities, and for tourism marketing regionally, nationally and overseas.

Additionally, small- and medium-sized tourism businesses were to be eligible for up to $40,000 through a provincial recovery grant program.

It’s too early for tourism operators to determine what funding they, or their communities, can expect from the provincial recovery plan, said Lynden McMartin, general manger for Taku Resort and Marina on Quadra Island.

Quadra — a tourist haven off the eastern coast of Vancouver Island — has a range of tourism businesses, and each experienced very different impacts over this summer season, said McMartin, also president of the Discovery Islands Chamber of Commerce (DICC).

His resort opened this summer and lost some revenue, but managed overall because it caters to regional tourists, McMartin said.

But other small operators and larger resorts catering to international visitors didn’t open their doors at all, or are running at limited capacity, he said.

Despite a 30 per cent drop in revenue, McMartin didn’t qualify for any relief programming except the federal government’s wage subsidy program in the early months of the pandemic, he said.

He’s not sure operators on Quadra or even in urban centres will get all the assistance they need to stay solvent.

“Talking to people here and to colleagues in larger cities, like Vancouver and Victoria, who do rely on more international business, I know that they were hurting bad through the summer,” said McMartin. “A lot of them are barely getting by.”

Though an election was called, operators believe the government’s commitments will roll out regardless, said Quesnel, also an owner of Spirit of the West Adventures, a Quadra Island kayaking tour operation.

“The election does make us a little nervous, but we assume the supports are coming out the door,” Quesnel said. “If we take the (former) government at its word.”

The promised recovery grant to smaller tourism operators was a relief, Quesnel said.

“It’s a really good start,” she said. “But the proof will be in the pudding when they release the specifics around the grant.”

But, though $40,000 will help smaller businesses stay liquid, it won’t go far for bigger operations, Quesnel said, especially those that have to maintain larger infrastructure or equipment investments, such as heli-ski operations or small ship tour operators.

Additionally, as a seasonal tourism operator, Quesnel has found her business doesn’t qualify for some COVID-19 relief programs.

Echoing Judas, Quesnel suggested tax breaks and more credit options, that are also adapted to the needs of seasonal operators, would help the industry moving forward.

“I think it’s fair to say we’re grateful and encouraged by the plan, but we’re interested to see the details and to work with the next government.”