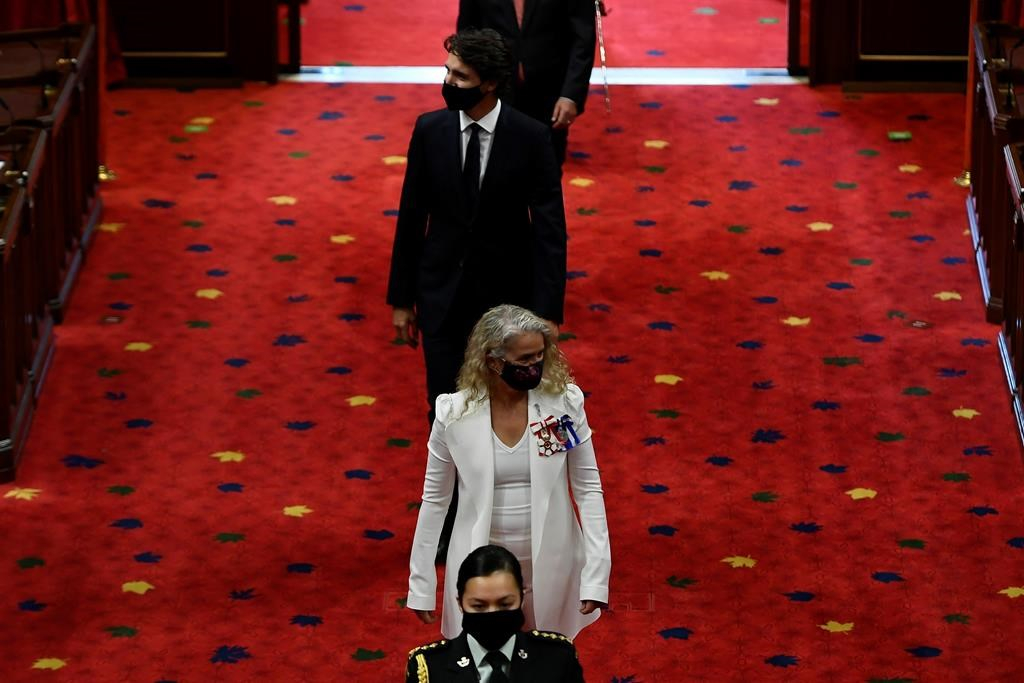 The minority Liberal government has reached a deal with the New Democrats over legislation to support workers during the COVID-19 pandemic, securing the backing needed to survive a confidence vote on the throne speech.

NDP Leader Jagmeet Singh touted the deal as "historic" and said changes demanded by his party to Bill C-2 will ensure that millions of Canadians will be entitled to two weeks of paid sick leave, rather than just the thousands he claimed would have benefited under the government's original proposal.

"Because this is the first time ever in the history of our country that we have a federal program now for paid sick leave … we believe this is a first step towards creating a permanent program that should be a part of our Canadian social safety net."

Singh declined to give details of the changes the NDP has won to the legislation until they are formally tabled in the House of Commons on Monday.

But if they reflect the deal struck Friday, Singh said the NDP will support fast-tracking the bill through the Commons in "one or two days" and will also support the throne speech, which must be put to an eventual confidence vote.

The minority Liberals need the backing of at least one of the main opposition parties to avoid defeat on the confidence vote, which would plunge the country into an election just as a second wave of COVID-19 is surging across the country.

The government had already agreed earlier in the week to another key NDP demand: that Canadians who've been left without jobs or fewer hours of work due to the pandemic will continue to receive $500 a week in benefits.

That is the same as they have been receiving under the Canada Emergency Response Benefit which ends Saturday. The government had originally proposed payments at $400 a week.

With the end of the CERB, which has been used by almost nine million Canadians to stay afloat during the pandemic, the government is transitioning recipients back to a more robust, generous employment insurance regime.

For those who don't qualify for EI, Bill C-2 will create a temporary new Canada Recovery Benefit as well as a sick leave benefit and another benefit for caregivers who are forced to stay home to care for a dependant who falls ill or is forced to self-isolate.

The minority Liberal government has reached a deal with the New Democrats over legislation to support workers during the COVID-19 pandemic, securing the backing needed to survive a confidence vote on the throne speech.

Applications for the recovery benefit are to open Oct. 11 and, for the other two benefits, on Oct. 4.

To avoid leaving some Canadians in the lurch without any financial support, Singh acknowledged the urgent need to get the bill passed swiftly.

He blamed Prime Minister Justin Trudeau for the "time crunch," nothing that he prorogued Parliament in August, preventing it from dealing with anything until after the new session opened this week.

Nevertheless, Singh said the NDP will support the government in getting the bill passed quickly next week, bypassing the normal legislative process that can take months or even years.

"We need to speed up the passage of this legislation so that it gets in place quickly and so that there's not a break in support for families that need the support," he said.

The Liberals also cheered the deal.

"We are entering the second wave and millions of Canadians are still struggling to make ends meet," government House leader Pablo Rodriguez said Friday on Twitter.

"We now have an agreement with the NDP on a bill that will deliver the help that Canadians need. It's by working together that we will get through this pandemic."

The government has set aside Monday and Tuesday for debate on the bill.

Earlier Friday, the Conservatives attempted to win support for a motion calling for the Commons to sit on Sunday as well so that MPs could have more time to debate Bill C-2. While they agreed that Canadians need support, they argued that MPs also have a duty to scrutinize legislation that will cost the federal treasury billions.

They did not get the unanimous consent needed to pass the motion.

The Conservatives have already said they will vote against the throne speech and the Bloc Québécois say they are leaning that way unless the Liberals meet demands from the provinces to add billions to annual federal health transfers by next week.