Wilkinson aims to be B.C. premier 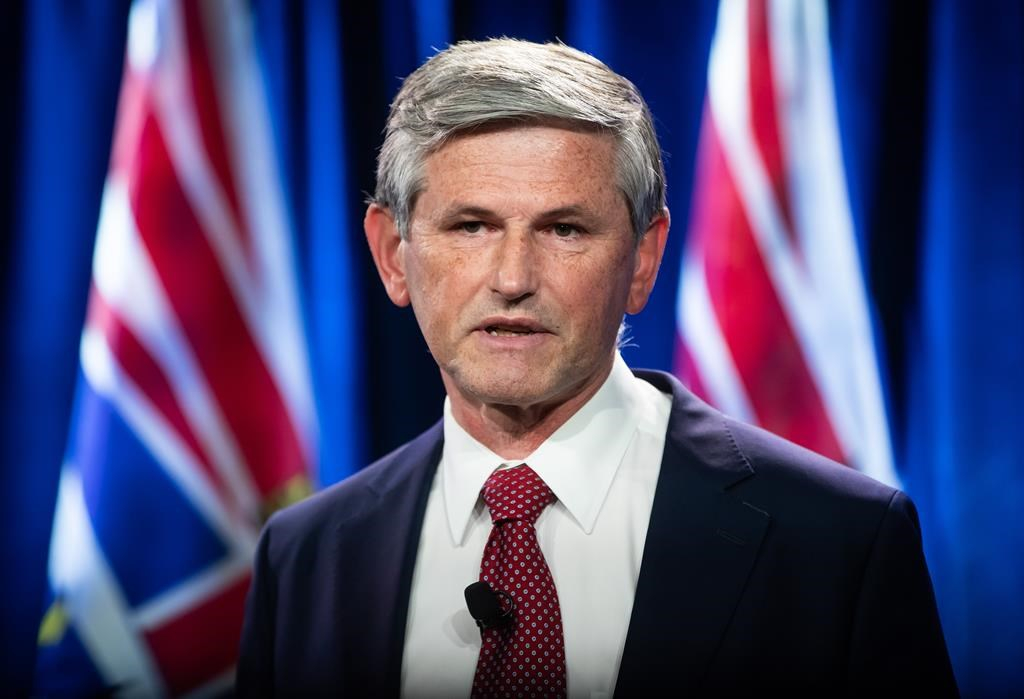 "It's easy to fall into a trap when you're arguing with Andrew," Bennett said in an interview. "Without knowing it you end up in a dead-end canyon, wondering how the heck you're going to get out of it. He's a very logical person and he won't say anything more than he has to say."

The B.C. election is Wilkinson’s first as party leader, and part of his challenge is that his predecessor was Christy Clark, whose magnetic personality was a draw, Bennett said.

But Bennett said there's substance to Wilkinson, 63, who attended Oxford University as a Rhodes Scholar and worked as a doctor in three small B.C. communities for about three years in the 1980s before becoming a lawyer.

"He's not charismatic. He's not Christy, he's not Ralph Klein," Bennett said, referring to a former premier of Alberta.

"He's not colourful, but he's very smart. And he's got a good heart. He cares about people, I can tell you that."

Bennett, who represented the riding of Kootenay East for 16 years and left politics in 2017, said Wilkinson got into politics "for the right reasons," not for a "popularity contest."

Where flair sometimes fails him, fairness and a solid argument are among Wilkinson's best qualities, Bennett said, adding the avid birder who grew up hunting with his father has learned to "measure his words."

That's after some of Wilkinson's words have fallen flat.

In one instance this year he apologized for his choice of words after characterizing an NDP throne speech proposal to give five paid work days to people leaving domestic violence as pay for people in a "tough marriage" during a radio interview.

In a tweet shortly afterwards, Wilkinson said he used the "wrong choice of words and I got it wrong. Victims of domestic violence need their voices heard and our unwavering support, and I want everyone to know they have that with me."

Wilkinson, who represents the riding of Vancouver-Quilchena on the city's west side, was criticized by the housing minister as being "out of touch" for saying in a budget speech last year that being a renter can be "a wacky time of life, but it can be really enjoyable."

He later clarified his remarks, saying on Twitter that as a renter for 15 years and working a low-paying job he knows what "it feels like to worry about making ends meet each month. I know what it feels like to dream of a better situation, more choice and freedom in life."

He said in an interview that his main interest in becoming leader was to improve the lives of people through policies that spur the economy, including the creation of more daycare spaces and services for those who are addicted to illicit substances in a province where over 5,800 people have fatally overdosed since a public health emergency was declared in 2016.

"We've said for two years now that we need to have a pathway to get people off drugs," Wilkinson said. "As someone who trained in medicine, I have some ideas about that and I'll be rolling them out in the next week or so."

Wilkinson, who was born in Brisbane, Australia, said he had "very humble beginnings" in Kamloops, B.C., where his family immigrated in 1962 after his father accepted a job with the federal Agriculture Department as a scientist working on cattle parasites.

"I grew up delivering newspapers as a kid and pumping gas in high school. And I paid my entire way through university with my own funds so I've worked hard to get where I did and I've been fortunate enough to have a successful life. And I hope to bring those set of skills to this job."

Wilkinson was elected in 2013 and became technology minister and then minister of advanced education two years later before serving for a short time as attorney general prior to the 2017 election.

He cycles or runs daily and kayaks in the summer while cross-country and downhill skiing in the winter. He has been married since 1993 to Barbara Grantham and the couple has three grown children in their 20s.

This report by The Canadian Press was first published Sept. 26, 2020.