Americans scramble to adapt to daily reality of climate crisis 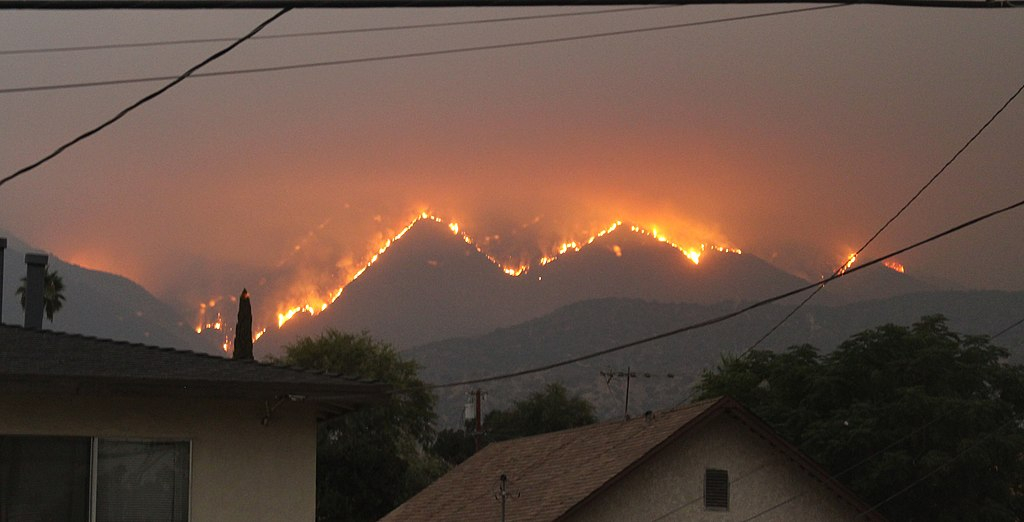 Wildfire smoke had painted the sky orange last week when Sam, a Bay Area resident, plugged in his newest purchase: an air filter with a car adapter that would turn his minivan into an escape vehicle.

Sam’s daughter has an immune disorder, and with smoke from nearby fires making the air among the globe’s dirtiest, the family fled north for clearer skies.

Sam, who asked the Guardian to withhold his last name to respect his daughter’s privacy, said the attempts to protect her vulnerable lungs cost several thousand dollars. “Just the fact that we have this option available to us makes us incredibly lucky,” he said.

The family was not alone in spending significant amounts of money to mitigate the impacts of the wildfires that have raged across California this season. People across the US west, including hundreds of miles away from the blazes, reported buying air purifiers for the first time to cope with the smoke that cast a hazy glow over multiple states. The most effective air purifiers can run $200 to $500, and many sold out. Others said they had run up their air conditioning bills or paid for gas and hotels to leave the area.

When most people think of adaptation to the climate crisis, they think of governments building up infrastructure to protect property against rising seas or the agriculture industry finding new ways of growing crops with different rain patterns.

But individuals are already adapting – whether they are buying air purifiers, installing air conditioning to fight the heat or spending big to evacuate ahead of intensifying hurricanes.

Americans around the country – if they have the resources – are dedicating more of their income to living with extreme weather fueled by climate change. The most vulnerable are being left behind, in the absence of government aid.

In the western US, the climate crisis has doubled the area burned by wildfire from 1984 to 2015, according to research cited in the federal government’s climate assessment. “The area burned from 1916 to 2003 was more closely related to climate factors” than forest management, the report said.

Cities across California have opened “cleaner-air centers”, where people who can’t afford purifiers or don’t have homes can escape the smoke for a few hours. But they have been less frequented than in previous years because of concerns about Covid-19. Public spaces such as libraries have been closed, eliminating another respite.

Heat and wildfire smoke force residents to seek respite – and buy cooling systems and air purifiers, if they can afford them. #climatechange

Health officials advised residents with the means to filter the air in at least one room to create a place to get relief. Some also advertised a cheaper solution – attaching a furnace filter to a box fan. But filters quickly flew off the shelves.

The idea of air purifiers as adaptation to climate change is “ahead of the policy conversation that needs to be had”, Ayala said.

“Are all these options equally effective? No, they’re not. What are we going to do with those that cannot afford it? Well, we should think about that.”

In the short term, wildfire smoke can worsen chronic lung and heart conditions. It can trigger asthma attacks, heart attacks and strokes. It can also weaken the body’s ability to fight off illnesses like the coronavirus.

The longer-term health effects of continuous smoke exposure are unknown but expected to be significant. Researchers have linked even short-term exposures to air pollution – from factories, power plants and car exhaust – to an increase in premature deaths among the elderly.

“The last time we got hit, it seemed to be an episode where there was a handful of days that were really, really bad, but we got some clearing out,” Ayala said. “This time that hasn’t been the case. It’s been bad for a long time.” Many parts of the west have had hazardous levels of air pollution for weeks.

At Stanford University, south of San Francisco, low-income graduate students said they were struggling to respond to the triple threat of the pandemic, heat, and dirty air.

Because of Covid-19, many student researchers are working from home. Some don’t have air conditioning or ventilation because California has historically been temperate. But they also can’t open the windows because the air is choked with smoke.

Kat Gonzales, a PhD student who lives off campus, purchased an air purifier for $219 and asked the university to cover the expense through an emergency fund, but her request was denied.

“I’m not rich by any means on my PhD stipend, but I figured my roommate and I would go in on this upfront cost because we just don’t know how long the fire season will be,” Gonzales said.

At night, they shut the curtains to trap the cool air in. During the day, they work in front of a small fan that Gonzales moves from her bedroom to the living room.

“Eventually it just gets so hot in here that you can’t focus any more – once it hits 3pm, 4pm, it was getting upper 90s inside,” Gonzales said.

“It’s truly an environmental justice issue happening at Stanford right underneath Stanford’s nose … Because who’s going to be most hard hit by more toxic air? It’s going to be black and brown communities. It’s also going to be poor grad students who can’t afford to buy a $200 or even $50 air purifier.”

A Stanford spokesperson said air purifiers were available upon request to students in university-provided housing.

Climate effects broadly are more likely to hurt people of color, both globally and within the US. A huge body of research shows that air pollution hurts the poor and people of color the most. Because of systemic racism, those vulnerable populations are more likely to live near polluting factories and highways and to have chronic health conditions, and they are less likely to have adequate healthcare. They are also less likely to have the financial means to purchase tools to help limit the dire effects of climate change, from wildfire smoke and heat to sea-level rise and flooding.

“People are adapting everywhere, and everybody’s seeing the effects of a changing climate,” said Kristie Ebi, a climate researcher and professor at the University of Washington’s Center for Health and the Global Environment.

“The CO2 we have in the atmosphere right now will drive climate change for several more decades, so we have to mitigate, to reduce, the kinds of impacts we’re going to see in several decades,” Ebi said. “But in the short term, people are dying and suffering now.”

Adaptation is necessary, but it’s also expensive and unavailable to many.

One analysis showed that about 40% of Americans would struggle to come up with $400 for an unexpected expense. A single evacuation could send them spiraling into debt.

“There’s a potentially infinite number of ways you can adapt – by changing your wardrobe or your eating habits or all these kinds of things,” said Amir Jina, an environmental economist at the University of Chicago.