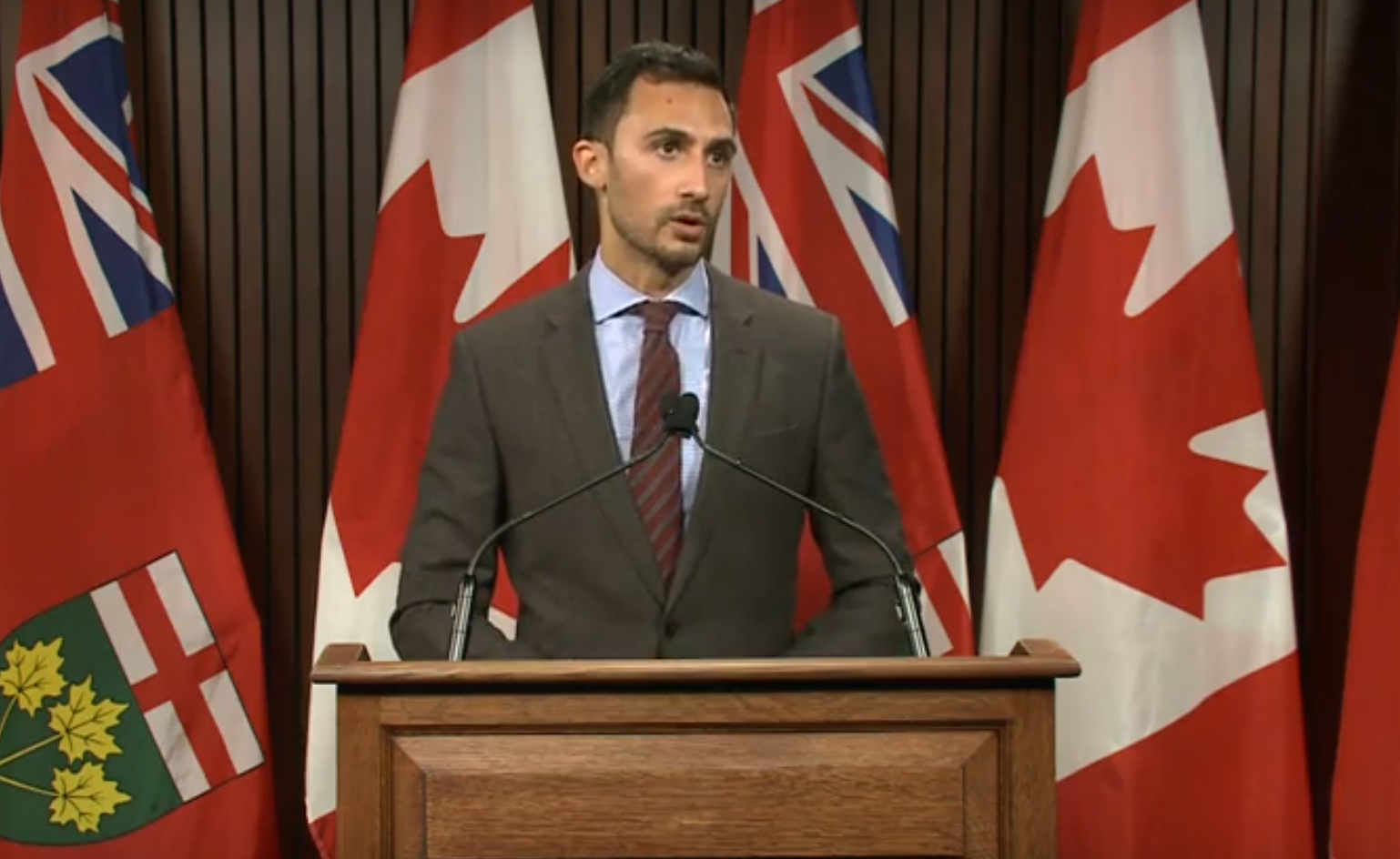 Public health officials declared an outbreak at Mason Road Junior Public School in Scarborough in Toronto’s east end and asked for it to be shuttered until the end of the week, the Toronto District School Board announced late Sunday on Twitter.

That closure comes after two students at Glen Park Public School in North York tested positive for the virus and two elementary grade classes were ordered into isolation last week.

There are 272 cases of COVID-19 in 224 of Ontario’s more than 4,800 schools, the government said on its website for tracking school and child care cases.

The rising number of cases in school settings is a significant challenge for a provincial government that has faced criticism for not spending enough to ensure adequate distancing in classrooms.

“There is an overwhelming societal benefit and imperative for Ontario to have our schools open for our kids,” Stephen Lecce, the province’s education minister, told reporters on Monday. “The emphasis right now is to do whatever it takes to keep the schools open.”

Meanwhile, the province recorded its highest single-day tally of new cases on Monday, saying 700 people had tested positive. Nonetheless, it moved ahead with a decision to reopen casinos at the start of this week.

Andrea Horwath, the leader of the Opposition NDP, laid the blame for the rising number of infections squarely with the provincial government.

"The Ford government is doing the bare minimum to save a buck — and it’s not working," she said. "Numbers are rising, and we need a comprehensive plan to get in front of the wave, instead of Ford scrambling to chase it."

Provincial Liberal leader, Steven Del Duca, said the Ford government should be tightening restrictions to try to contain the growing number of daily cases that some are calling a second wave.

“It’s time to listen to the health experts and take a regional approach to closing bars, restricting indoor dining and taking a hard look at non-essential gatherings,” he said.

An outbreak in a @tdsb elementary school in Scarborough led to its closure over the weekend, while Ontario record a fresh record for positive COVID-19 cases

Toronto accounted for 344 of those 700 cases, Health Minister Christine Elliott said, with another 104 in Peel and 56 in York region.

Lecce said it would be possible to take a regional approach to any future school closures, but neither he, Premier Doug Ford, nor the province’s top government health official provided a clear answer Monday regarding what metrics would force such a move.

Elementary students and their parents have until 4pm on Wednesday to request a switch between the TDSB’s virtual school option and the classroom.