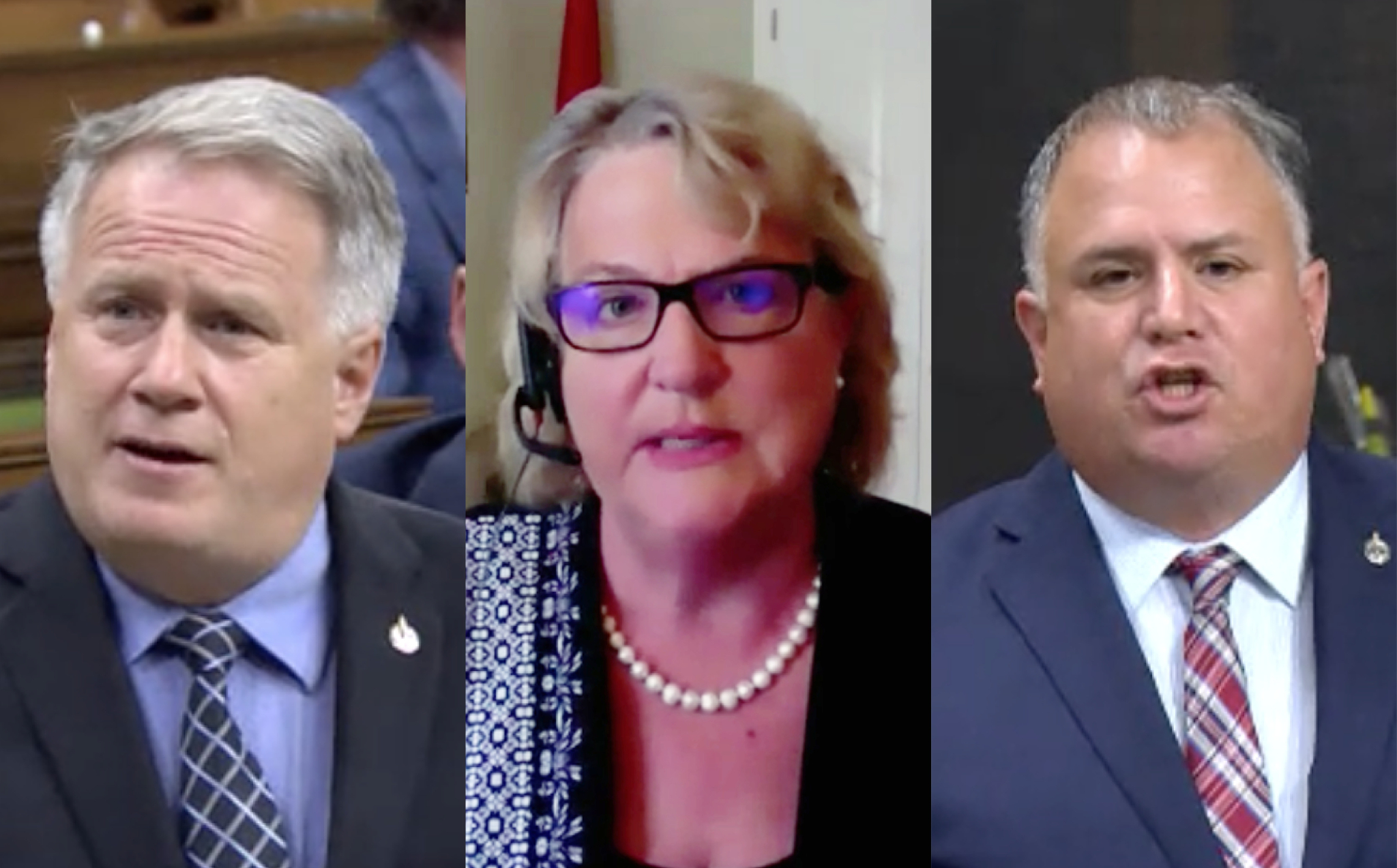 B.C. MPs from different opposition parties united last week in their outrage over what they saw as a weak federal government response to the opioid crisis in their province.

The Liberal government’s speech from the throne was mainly built around the notion of riding out the second wave of COVID-19, although it did touch on many other topics — including that the government would “continue to address the opioid epidemic tearing through communities, which is an ongoing and worsening public health crisis.”

It did not, however, go into detail about Ottawa's latest plans to slow the spread of that epidemic, which has killed more than 6,000 people in B.C. since 2016, and more than 1,000 just this year, according to the coroners service, compared to 230 deaths in B.C. related to COVID-19.

“In my riding, Pitt Meadows-Maple Ridge, I have cried with parents and grandparents who have lost a beloved child,” said Conservative MP Marc Dalton in one of the first opposition party responses to the throne speech in the House of Commons on Sept. 23.

“What young and not-so-young drug users need is more than just a safe place to get help or access to clean drugs. What they need is hope, deliverance and a future ... we absolutely must make significant investments in healing and treatment.”

As of August, there have been 120 overdose deaths since 2016 in the city of Maple Ridge in northeastern Greater Vancouver, Dalton’s riding.

Dalton said he toured recovery centres in Maple Ridge this month and was “deeply moved” when he heard the stories from people there. “There are not enough of these centres” and they “lack funding,” he concluded.

“When will the Liberals work with the provinces to help addicts obtain treatment? When will we see real action to resolve these problems? I am not talking about just some nice words buried in this throne speech.”

Liberal MP Julie Dzerowicz, representing the Toronto riding of Davenport, responded to Dalton. She acknowledged it was “absolutely heart-wrenching to hear these stories” and that the government had heard “loud and clear” that there was “another pandemic happening across Canada.”

Dzerowicz touted federal funding for two new safer drug supply sites in Toronto, to be operated by two community health centres in the city. “The government has worked directly with the City of Toronto to be able to provide this as quickly as possible,” she said.

In July, the federal government also announced $2 million for a safer supply pilot project in B.C. that would provide pharmaceutical-grade drugs to “selected patients at risk of overdose” at the Cowichan Valley Wellness and Recovery Centre.

Dalton had previously indicated that the opioid crisis was a main topic of discussion amongst B.C. Conservatives at a meeting this month. During question period Thursday, his caucus colleague Cathy McLeod, who represents the riding of Kamloops-Thompson-Cariboo, also offered a personal story.

“Three years ago, almost to the day, a dear friend died of a drug overdose,” said McLeod. “Kamloops has seen more people die of illegal drug overdoses in the first half of 2020 than in all of 2019.”

All the government did in the throne speech was “acknowledge there is an opioid epidemic,” she said.

“It gave no hint of a plan. There was one sentence, when more than 1,000 people in B.C. have died. There are heartbroken families. Fentanyl is being smuggled unchecked and there is no plan from the Liberals. How does the government justify such neglect?”

Health Minister Patty Hajdu responded to McLeod. “As the member opposite might realize, in fact, this government has done more than any previous government to meet substance users where they are,” said Hajdu.

The government has been “making sure that there is easier access to medications,” she said, and working with provinces and territories to “make sure that there are overdose prevention sites supporting community-based projects or substance use and addiction programs for treatment — safer supply programs.”

“We are tirelessly working with provinces and communities to ensure that people who use substances have treatments that work for them,” Hajdu concluded.

On Thursday, Gord Johns, the NDP MP for Courtenay-Alberni, also raised the opioid crisis during a long speech in which he took issue with various portions of the throne speech.

Canadians had been expecting “transformational change,” but the government “missed so many things,” said Johns. First on his list of disappointments was the fact that “the Liberal government still has not even declared the opioid crisis a public health emergency.”

“In August alone in British Columbia, there were 147 lives lost. These are daughters, sons, brothers, sisters and cousins. Families and community members are dying from a tainted drug supply and the government still has not rolled out a plan to save those people's lives,” said Johns.

Johns moved on to other topics. After he was finished, Toronto MP Adam Vaughan, parliamentary secretary to the minister of families, children and social development, offered his gratitude.

“I would like first to thank the honorary member for raising the opioid issue. He has been tirelessly advocating for stronger federal, provincial, municipal ... action on that front,” said Vaughan.

“I join him in that, as we have lost too many people.”

Liberals promise action on biases in justice system and policing

While some provinces act with

While some provinces act with outrage about Federal intrusions into provincial constitutional responsibilities , BC demands action! But no suggestions. All 14 levels of Canadian gov't make like they want or are doing something but as usual nothing happens! Where is the consensus building? Where are the science based proposed solutions? Obviously what we are doing now is not working. Perhaps legal drug sites and more preventative ideas are needed, but here in Alberta Kenney is closing drug sites down, and God help the addixted if we get a federal conservative gov't. Legalizing some opioids and opening more sites seems to work in many other countries. Too bad our Canadian leaders and many in the public can't accept that. So the deaths will continue as will the outrage!

Yes - nothing but WORDS!!

Yes - nothing but WORDS!! Canadians MUST beware of and call out politicians who simply describe the issue, which is already known, but never commit to what their action is!!
As for solutions, the best is to repeat what works!! No need for more time- and fund- wasting studies! Vancouver's Insite clinic works!