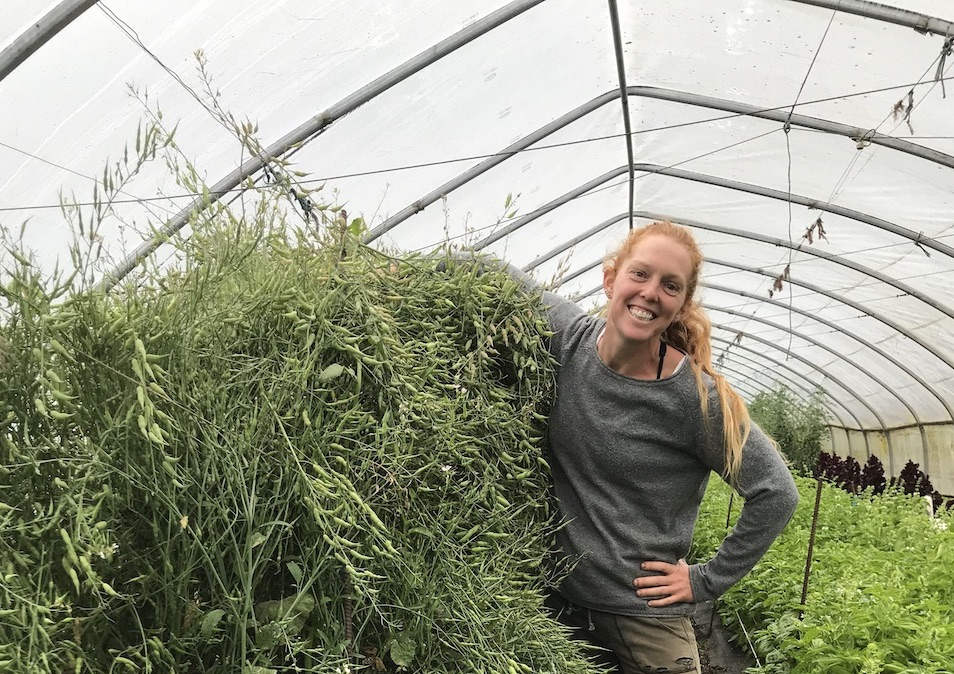 The B.C. Eco-Seed Co-op, a co-operative of roughly a dozen seed farmers in the province, saw its sales skyrocket, signalling a major shift in where British Columbians get their seeds — and who grows them.

Most Canadian vegetable seed is imported, with roughly $128 million worth entering the country last year from as far afield as Tanzania. It’s a long supply chain, one COVID-19 hit hard as companies raced to meet soaring demand and forcing at least one U.S. seed company to stop shipping to Canada.

“It’s been a very tumultuous year,” said Simon Toole, co-owner of Good Earth Farms in Black Creek on Vancouver Island. The farm exclusively grows seeds, and is one of 18 members of the B.C. Eco-Seed Co-op.

“It was tough to stay ahead of the curve, and there were a lot of things that we sold out of that we normally never sell out. (For instance), we were just selling cilantro like crazy.”

This spring, orders placed to the co-op shot up by 300 per cent compared to last year. That surge was only a start: Between April and August, the co-operative saw its sales grow by 847 per cent, while orders went up more than five-fold.

More farmers, as opposed to home gardeners, also sourced their seeds from the co-operative this year, a positive twist to what was otherwise largely a stressful season.

"There were a lot of thing that we sold out of that normally never sell out,” said #seed farmer Simon Toole. Including #cilantro seeds. @bcecoseedcoop #seedsecurity #seedsoverignty #foodsecurity #bcag

The seed co-operative was created in 2012 to help farmers reduce their dependence on imported seed and push back against intense consolidation in the industry: Ten seed companies account for roughly 75 per cent of the global seed market.

Not one develops varieties specifically adapted to B.C.’s varied climatic regions, and vegetable seed quality and industry control are completely unregulated in Canada — unlike in the case of most grain seeds, which are managed under rigorous federal oversight and are Canada's third-largest agricultural industry.

It’s a system that has fostered a dangerous lack of genetic diversity in the foods Canadians eat.

Climate change is increasing the frequency and intensity of extreme weather events and fostering more unexpected pest outbreaks, both of which threaten B.C. crops. Increasing the genetic diversity of our food is a key tool to adapt, according to research by the Bauta Family Initiative on Canadian Seed Security.

Supporting British Columbians’ access to that diversity is a central part of the co-operative’s intent, explained Keeley Nixon, co-ordinator for the B.C. Eco Seed Co-op.

“The goal is to provide seed to farmers, but we also want to empower growers of all scales and sizes to source seeds that are ecological, open pollinated (a pollination technique that increases genetic diversity) and is grown on (B.C.) farms,” she said.

Still, despite surging sales this year, plenty of uncertainty remains as the pandemic stretches into the winter — and another growing season.

Farmers and some market gardeners have already been placing orders for next year’s crop, Keeley said — a momentum she and Toole hope will stick, regardless of the COVID-19 situation next spring.

“It’s incumbent on people connecting with the idea of growing their food (and buying locally),” Toole said.

“But I predict that there will be more interest, for sure.”

I'll bet a whole lot more home gardeners have come on board, too.