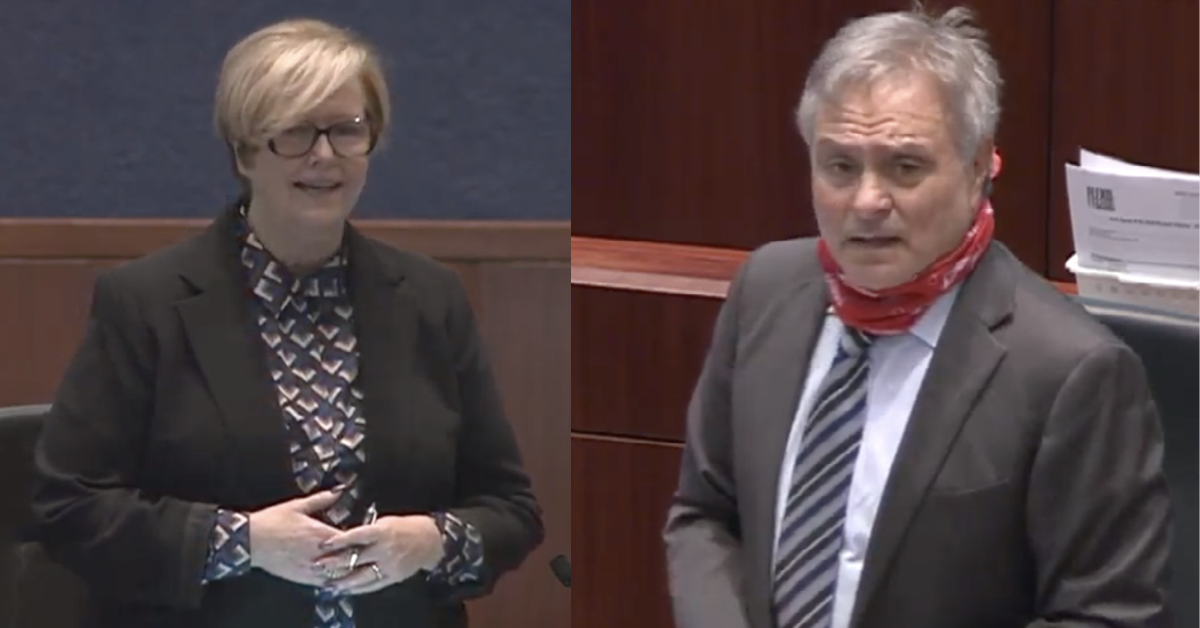 The electoral reform dreams of ranked ballot proponents in Toronto have been delayed once more, with city council agreeing that complications due to COVID-19 make it impossible to deliver in time for the 2022 municipal election.

“That is a hard motion for me to move,” said Shelley Carroll, the councillor for Don Valley North, who had pushed for the city to switch to ranked ballots for 2022. “It's no secret to most people that this is something I've wanted for a long time.”

Advocates say ranked ballots can improve the tenor of campaigning and encourage a more diverse field of candidates to run and stay in a race until the end, since it removes the pressure to withdraw to avoid splitting the vote.

Council was set to vote for staff to halt all work on the initiative in the wake of the pandemic, but Carroll introduced an amendment asking them to report back by the end of 2023 on how to get it done for 2026. It passed by 18 votes to 6.

The move to halt was recommended by Ulli Watkiss, the retiring city clerk, and a motion recommending that was passed by the city’s executive committee last week.

Longtime advocate Dave Meslin sought to give the delay a positive spin, noting the vote showed strong support for an eventual reckoning with the topic.

“As long as you're moving in the right direction then you're winning,” said Meslin, who founded the Ranked Ballot Initiative of Toronto (RaBIT) advocacy group. “It always takes longer than you think.”

“Democratic reform will continue to move forward no matter how much Toronto city council continues to drag their feet,” said Meslin, who quit RaBIT five years ago to take the reform push provincewide.

Ranked ballots allow voters to rank candidates in order of preference. If no candidate secures more than half the vote, the candidate with the least votes is removed from the running and the votes they secured are given out to each voter’s second choice. The process is repeated until a candidate secures a majority.

Council for @cityoftoronto directed staff to work on getting ranked ballots ready for the 2026 election after hearing from the city clerk that it would not be possible to deliver for 2022. #electoralreform

Under the current first-past-the-post system, the eventual winner can emerge victorious from a crowded field of candidates with much less than half of the vote.

Several councillors spoke out in favour of the reform Friday, saying that their constituents often express frustration with the current system.

“When I talk to voters, particularly younger voters, I think there are people who are disenfranchised with this (current) system, when they see time and time again the same electoral outcomes despite a deep desire for genuine change,” said Brad Bradford, a first-term councillor who represents Beaches-East York.

He said there are a range of other ways to improve the system, which include allowing permanent residents to vote and introducing public campaign financing and term limits.

“I think we should be taking steps to level that playing field, to bring forward more diverse voices, new voices, new perspectives. I think that’s healthy, I think that's good for democracy.”

Kristyn Wong-Tam, who represents Toronto Centre, said the current makeup of council, which is predominantly white and male, does not reflect Toronto’s diversity.

“We simply don't look like the folks who are riding the transit system every single day, and yet that’s who we want to serve and that's who we purport to serve,” she said.

Wong-Tam said ranked ballots “are going to be a game-changer once we get there,” resulting in a more engaged electorate and an elevation of civic discourse.

She said the negativity in today’s politics was a primary objection raised by women who took part in her Women Win TO project in 2018 that encouraged their involvement.

Opponents on council argued that ranked ballots would confuse voters, especially those for whom English is not their first language, with Stephen Holyday (Etobicoke Centre) arguing that “if it ain't broke, don't fix it.”

“You want to suppress the vote in areas where you want to get diversity, do ranked ballots,” he said. “Make it more confusing for people who have language and literacy barriers, make it more complicated for them. Give them a real, real complex table or formula to go into an election, and then they will all stay home.”

“I think it's really racist to suggest that any particular ethnicity will have trouble counting to three,” he said. “Voting reform gives more power to voters and takes power away from politicians, and a lot of them are scared of that.”

Ranked ballots were used in the 2018 municipal election in London, Ont., in which a young Black woman joined council for the first time in that municipality’s history, and young, gay and Indigenous candidates also won seats.

At least two other cities in the province, Kingston and Cambridge, are working to introduce the method for their 2022 elections.

Danielle Manton, the city clerk for Cambridge, said she plans to report back to that city’s council on the viability of a ranked ballot vote by early January at the latest.

“I'm going to give council all the information I can collect to allow council to make an informed decision,” she said by phone.

Manton said the city would need to request proposals for companies that supply voting equipment capable of counting ranked ballots.

Cambridge is days away from a ward byelection that was postponed in the early days of the pandemic, with voting restricted to a city hall polling station. The city is offering curbside voting and extended advance voting. Voters can request in-home voting, but no one has yet asked for that, Manton said, with the vote on Monday.

Kingston has not altered Dec. 2018 instructions to staff to prepare for ranked ballots, but must still hold an open house and a public meeting on the topic before passing the required bylaw.

Consultations planned for mid-2020 were delayed by COVID-19, spokesperson Jen Pinarski said, but staff will “make every reasonable effort” to involve residents, including by hosting livestreamed and closed-captioned webinars, phone, email and mail-in surveys and small group information sessions, if permitted by public health requirements.

Burlington council this week said it would hold public consultations on ranked ballots for 2022.

All municipalities that plan to switch to ranked ballots in 2022 must have their process in place by May 1, 2021, according to provincial regulation. Elections are due to take place on Oct. 24, 2022.