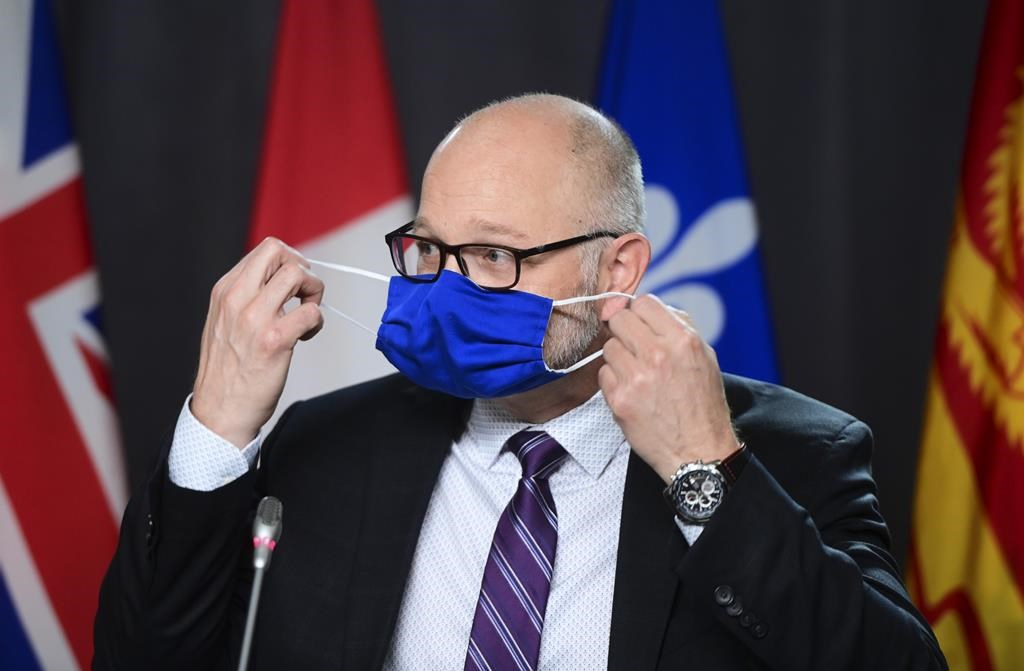 The government has until Dec. 18 to amend the law to comply with a Quebec court ruling last fall, which found it was unconstitutional to allow only those whose natural death is "reasonably foreseeable" to be able to get medical help to end their suffering.

Justice Minister David Lametti introduced a bill in response to that ruling last February but it didn't get beyond the initial stage of the legislative process before the House of Commons adjourned in mid-March due to the COVID-19 pandemic.

Lametti has now given notice that a new bill — presumably identical to the previous one — will be introduced on Monday.

His office has said Lametti is determined to meet the Dec. 18 deadline, which has already been extended twice by the court. That leaves just two months to get the bill, which is bound to be controversial, through both the Commons and the Senate.

For those deemed to be near death, the government is proposing to drop the requirement that a person must wait 10 days after being approved for an assisted death before receiving the procedure. It would also reduce the number of witnesses required to one from two.

As well, it is proposes to drop the requirement that a person must be able to give consent a second time immediately prior to receiving the procedure.

People not near death would face higher hurdles.

Facing a looming court-imposed deadline, the federal government will reintroduce on Monday, October 5, 2020, legislation to amend Canada's law on medical assistance in dying.

Such people would face a minimum 90-day period for assessments of their requests for an assisted death. One of the two medical practitioners who assesses a request would have to have expertise in the person’s particular medical condition. And the person would have to be able to give final consent immediately prior to the assisted death.

Some legal experts and advocates for medically assisted dying feared the bill would actually make it harder than the existing law for some people to receive the procedure, or even take away their access to it entirely.

I have supported MAID ever

I have supported MAID ever since my survival from septic pneumonia. When I was taken to the local hospital, unresponsive, one of the first questions staff asked my son- did I have a DNR in place? My son acknowledged that I did. They then parked me in the ER, with a saline drip and did nothing else for at least 24 hours. My exasperated son lost it and informed the staff that they had better start treating me or he would transfer me to a more professional hospital. He also told them, (they had not asked) that prior to this collapse I had been lively, compos mentis, independent and not plagued by any chronic illness. His tantrum at last got them scurrying around, looking at the results of the bloodwork and so they discovered pneumonia that was in the process of turning septic. I remember none of this, being more or less comatose for nearly 10 days. The sepsis attacked my organs and caused a cascade of problems that did not bode well. Eventually I recovered consciousness but spent another 10 days being rehabilitated and tested for after effects before I was allowed home. It was not an experience I wish to repeat, but it did shock us to discover that having a DNR can be dangerous to your health. How ironic that the medical infrastructure can ignore and allow a supposed moribund person to die in the ER while assuming that the DNR gives them license to do so.

On the other hand we are hypocritically putting barriers in the way of people in full possession of their mental capacity to exercise their right to request that their suffering be ended. Even more ironic that an advanced directive to do so is banned and that one must be conscious to affirm the intent of the directive immediately prior to its execution.

There is much pious talk about playing God, but little value given to the notion that when one's body has betrayed one, and rendered one's existence hideous, or meaningless - that one is merely a lump of living tissue for medical staff to experiment on, or resentfully attend; that ending this non-existence is somehow a violation of natural processes, or, God's will - if one is religiously inclined. In no way can the Hippocratic Oath be interpreted as the final word. It all depends on how you define "harm" doesn't it?