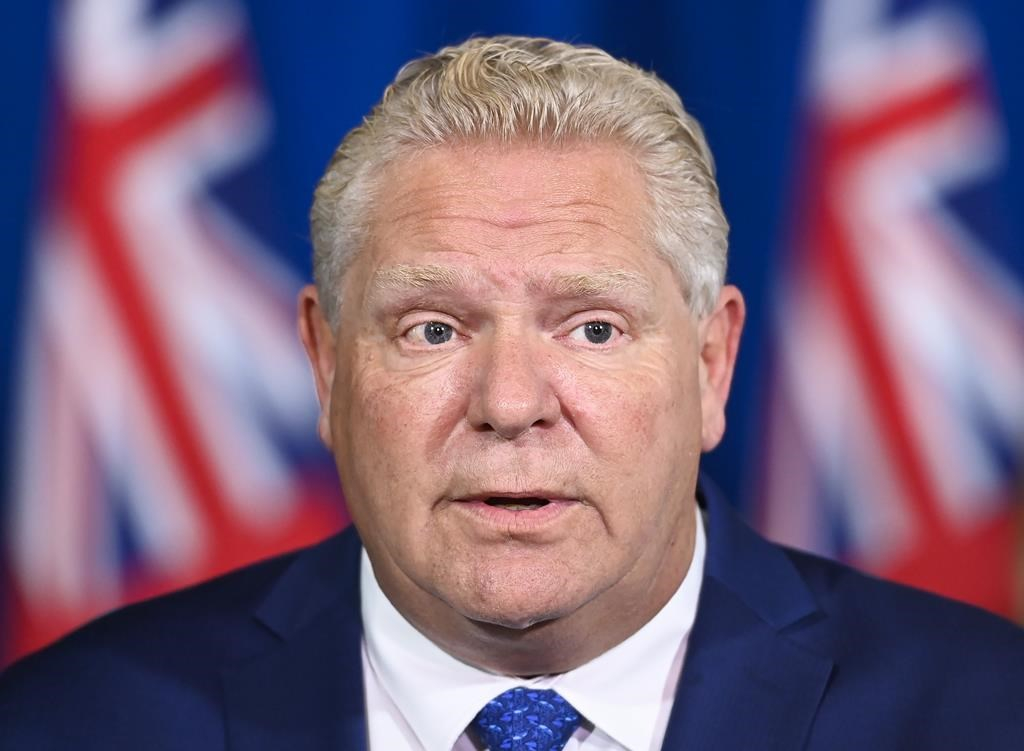 TORONTO — Balancing the fight against COVID-19 with efforts to jump-start the economy in Ontario has highlighted communications problems that have sown confusion and could erode trust in public health advice, experts say.

Steven Hoffman, a professor of global health, law and political science at York University, said much of the fault falls at the feet of the provincial government.

"The rules are complex and they haven't been communicated as clearly as needed," he said. "And some of them just don't make sense."

In Ontario, social gatherings are limited to a maximum of 10 people indoors and 25 outdoors. But the indoor capacity for businesses such as casinos, bars and restaurants is 100 people, as long as they follow all public health guidelines.

"If it's in our homes, then we're allowed to do one thing but if we all go to a casino then more of us can hang out together," Hoffman said.

He pointed to Thanksgiving as a perfect example that highlights the unclear and conflicting messages authorities are giving to the public.

On Monday, Dr. Barbara Yaffe, the province's associate chief medical officer of health, advised Ontarians against celebrating the holiday with people outside of their immediate household.

But on Tuesday, Premier Doug Ford told reporters he had told his wife they would not have more than 10 people over for Thanksgiving. He backtracked moments later, tweeting that they would stick to their "immediate household" on the holiday.

Ontario has been experiencing a surge in COVID-19 cases recently and brought in tighter restrictions to deal with the second wave of the pandemic, including asking people to pause their social bubbles.

So the public is left with rules and guidelines that aren't congruent, Hoffman said.

Conflicting messages from the Ontario government have led to confusion and could erode trust in public health advice, experts say. #onpoli

"Maybe I shouldn't have Thanksgiving at home, but maybe we go have it at a casino," he said.

Hoffman said the messaging in Ontario shifted in June when the politicians began talking about easing restrictions and the province came up with a numeric stage system.

"I was quite concerned in June when the rhetoric around the reopening of society was framed as getting back to business," Hoffman said.

"Stage 1, Stage 2, Stage 3 implies that it only goes in one direction."

The public has not been properly prepared through communications to expect a rollback of restrictions, thereby making behaviours difficult to change.

"It is going to be hard to reimpose those layers of protection, and indeed, unfortunately, we're seeing that right now and it's been really confusing," Hoffman said.

Maya Goldenberg, a philosophy professor at the University of Guelph who examines communications and has a book coming out about vaccine apprehension, said the public needs clear directions from the government.

"People want consistency and to know that this is part of a plan and not a random smattering of directives," she said.

"Without being able to find that common thread, we get suspicious this is not being directed very well."

Ford defended his team's communications on Monday when asked if the public was tuning him out.

"I totally disagree with that because I'm out there and talking to the people," he said.

Goldenberg said the province's messaging had been strong and clear through much of the pandemic until about a month ago when schools reopened and mixed messaging led to confusion about what symptoms required tests for students.

That in turn led to massive lineups at assessment centres and overwhelmed laboratories where the tests are processed.

The province said it never directed school boards to demand COVID-19 tests, but recently changed its testing protocols. Boards have since handed out decision trees that parents are supposed to follow, which is different from the rules sent out last month.

The overwhelming demand for COVID-19 tests in the province over the past month also led to changes at assessment centres. People seeking a test must now make an appointment rather than simply show up.

Public health officials and epidemiologists across the country have long espoused the need for massive testing in order to stop the spread of the virus.

"But when the government comes out and says our testing centres are overwhelmed and we're going to change the criteria for children being tested, it sounds like a resource problem and not a public health directive," Goldenberg said.

"We're at this point where science was upheld on how to get out of this problem and when it's not followed, it creates a lot of mistrust and even confusion from the public about who's directing our pandemic response right now."

She said decisions are being made on resources and cost concerns, which is not wrong, but is different than what much of the public wants at the moment.

"Right now people want to put health as the first priority, not spending," she said.

Goldenberg said politicians deferring to public health officials to justify certain rules in the first few months of the pandemic led to a great amount of trust with the public.

"The way to do it well is to have consistent messaging and clear justification for actions being made," she said, "but that's not happening right now."

This report by The Canadian Press was first published Oct. 6, 2020.

Trudeau warns against misinformation and 'knee-jerk' reactions to COVID-19

Palpably spontaneous and conflicting messages arise with frequency from this ad hoc government. Given that reality, Conservative autopilot railing against the existing federal government often sounds like another reactive howl. We are in a dangerous time on this raft. Where are the bargepoles?

They confuse names of parties

They confuse names of parties with the roles of governments at different levels; they confuse "opposition" with obstructionism. They confuse "leaders'" special moral privileges taken unto themselves, with principle. So you get a leader howling about "rule of law" who's openly not adhered to it ... you get another deciding that "leaders'" don't have to follow public health guidance ... indeed, even that they can countermand it.
And then in the arenas where health decisions should rule, we have instead "economic considerations" being balanced against people dying.
The truth of the matter is that many of the decisions around Covid *were* made (and continue to be made) because of resource scarcity. And even that is lied about from the front of the room, as it were.
The truth of the matter is that IF the best science had been followed, IF what epidemiologists and public health officials applied what they had "learned in school," (i.e., the standards of the field), we'd have had a less incorrect information in the first place. Consider Dr. Tam telling us "We're not closing borders because that doesn't do any good," and then ?months? later, saying, "I didn't know I could order that." Another public health official in a written statement said, "We know that Covid can't be transmitted by ..." which both contradicted the then current science of the hour, and isn't something that was reasonably attested to if that science was still an open question. Yet another just sits by and nods while the political head, not the Public Health head, makes the decisions and the announcements, and "experts" employed by major news outlets wing it with their miniminalizing theories that contradicted reason in the face of what was known at the time, and then even misrepresented published science.
And it continues till this day. Today, FI, on CBC someone was interviewed saying that antivirals had never been used early in the infection. In fact, they were used in China, and their recommendations there, by the end of January, were to administer them as soon as possible to people over 60 and those with specific underlying health conditions, as well as steroidal anti-inflammatories as soon as there was indication of more than upper respiratory infection. So that's what the US President's doctors do, while everyone (there and here) insists on reinventing the wheel starting with how to build a cart to pull with them: they have to do their own confirmed research before "trying" even approved drugs. Why? And people die.
The bargepoles are in refereed science, which you can find pre-publication often in its entirety, while after publication it's as like as not to be behind a huge paywall.
And for the elderly, and those with pre-existing conditions predisposing them to the worst symptoms/progression, get used to being alone.
If I can do 7 months, I can do 19 if that's necessary.
The thing that annoys me is the inability to get my hands on N-95 masks, that would protect me in the face of the young and invincible who have no care for the idea of protecting others ... and don't realize that some of the ideas around how Covid affects them are as out of date as the "horse sweepers" who followed carriages on the streets.
It doesn't help that the policy continues to be made as though kids don't get sick, don't transmit illness, and will all get over it, anyway, in short order. It only confirms that those in the "invincible stage" who might otherwise be constrained to "do it, for the sake of your little sister, nephew, etc." can just shrug it off without a thought.
Or that the offenders who repeatedly organize no-mask protest events don't get tossed in jail without an internet connection. Hey: if they're invincible and Covid isn't real, nothing to fear for them there, eh?