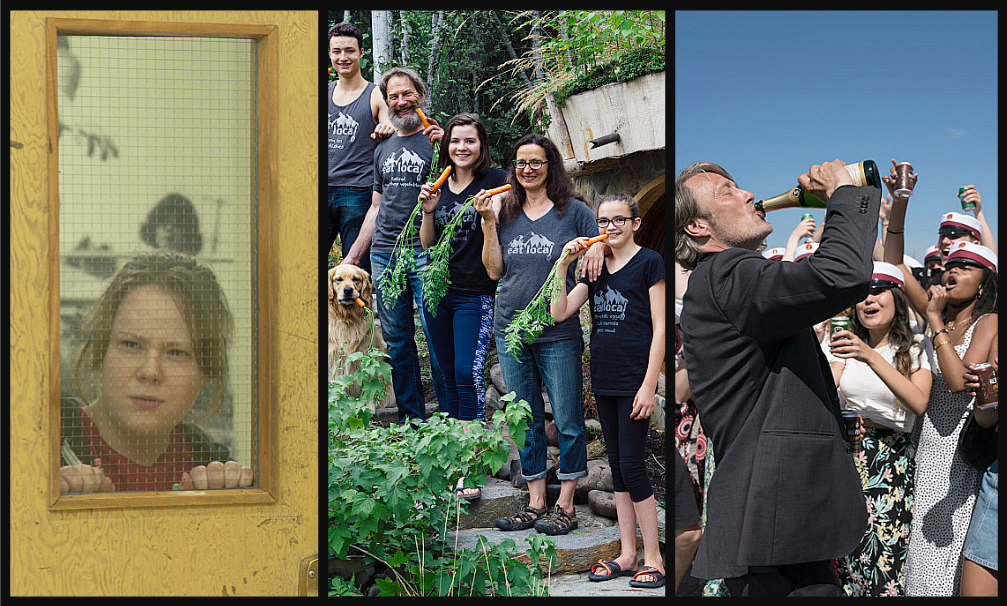 With the Vancouver International Film Festival winding up Wednesday, I’ve got three last recommendations for you. I couldn’t add the closing film, Delete History, because it wasn’t available to preview. It plays only on Wednesday, all day, streaming at VIFF Connect and once in the evening at the VanCity Theatre. The film is from France and is said to be an “uproarious satire” about fighting social media companies. In one, a woman has a one-night stand and the next day finds a sex tape of it online. She wants it removed. Dramatized fiction, apparently.

Events Transpiring Before, During and After a High School Basketball Game: 3½ stars

EVENTS TRANSPIRING, BEFORE, DURING AND AFTER A HIGH SCHOOL BASKETBALL GAME: The title alone might tell you that this one is a little different from what we’re used to. It’s a high school comedy; there are arty types and jocks, but unlike most movies like this, they’re not in cliques and battling each other. They’re just there, hardly paying attention to each other. Much like things usually are at school. And when they do appear to be heading to a confrontation, things do not work out as you’d expect. This is a very funny comedy about low stakes and not the loud blowout others might make it out to be. It’s from — and set in — Calgary, and the humour is absolutely deadpan.

It’s 1999, about the time when writer-director Ted Stenson was in high school. The boys’ basketball team is inept and scared of the powerhouse squad they’re about to play. “Everybody on their team can dunk,” one lad says. The coach tries to motivate them anyway, with little effect. An assistant is adamant he has a better play strategy (he read a book about it). Most of the players are distracted talking about the latest movie, The Matrix. It’s existential content. Is it there? And what is it, anyway? Meanwhile, down the hall, a theatre group is rehearsing a Shakespeare play that’s been twisted into an attack on “the patriarchy” evident in the school. Will anybody get it, though? Maybe do a sit-in instead, says one. Or dump blood on the gym floor, says another. At the gym, one of the referees has to deal with a nagging wife who loads an extra job on him. All these points will collide, sort of, in this enjoyable, very droll comedy. (VIFF Connect, with a director interview following) 3½ out of 5

FIRST WE EAT: Six years ago, Suzanne Crocker brought us a wonderful documentary about her family’s attempt to live off the grid. They had no electricity, phones or internet for nine months in their cabin in the bush near Dawson Creek in the Yukon. They survived, happy and in good shape, and the film won awards, including most popular Canadian documentary at VIFF. So how do you follow that? With this equally engrossing experiment as Crocker, a former doctor in town, has her clan (husband and three teens) living an entire year eating only locally sourced food. Think about that. They live only 300 kilometres south of the Arctic Circle; 97 per cent of the food is trucked in. What can you grow locally?

A high school comedy, a timely healthy eating experiment and a mid-life bender are among @NatObserver’s final recommendations for #VIFF2020

Quite a bit, the film reveals, as it visits innovative farmers, the only dairy that far north, hunting and fishing efforts and Indigenous people willing to share how folks lived off the land for thousands of years. The family learned and adapted. They discovered soapberries, stored root crops to get them through the winter and had to completely forgo chocolate, coffee and orange pekoe tea. Sap from birch trees can become syrup. Salt is hard to find, but you can extract it from mud and even blood. Yech. Another odd one: an Indigenous tradition gets them a roasted moose nose. In fact, Crocker says, it’s no place for a vegan. People have to eat meat to get the vitamin D they can’t get from the sun. The children, who never complained in the first film, do this time. Crocker insists, though, and recalls what gave her the idea: a blocked road once stopped food coming in. So how wise is it anywhere to rely on the outside world for food? With story shaping by Nettie Wild and sharp editing by Michael Brockington (both from Vancouver), the film has a clear take on the experiment and that question. Made me think of the always under-pressure Fraser Valley. Plus, it won an audience award at Hot Docs this year. 4 out of 5

ANOTHER ROUND: The latest from Danish director Thomas Vinterberg isn’t as harsh and gripping as my two favourites by him, The Celebration and the Oscar-nominated The Hunt. It feels insubstantial because I can’t believe that the four men in the story would go to such lengths to test out an unlikely theorem. They seem too level-headed for that. The theory, apparently actually offered by a Danish psychologist, who the characters name and credit, says that men should have a certain level of alcohol in their bloodstream at all times and that 0.5 per cent is too low. Four friends, who are high school teachers, test it out by drinking every day. They justify it by writing a scientific paper that tracks their progress.

Mads Mikkelsen plays a history teacher who bores his students before drinking and runs a lively, inspiring class once he has started. Again, to me, unlikely.

One of his pals coaches little boys in soccer and improves his success, although he seems like a meanie when he won’t give a kid a sip from his water bottle and won’t say why. Naturally, other things start going amiss. The history teacher (Mikkelsen) gets into arguments with his wife (Maria Bonnevie). He is seen unsteady and almost stumbling at work. The men up the scenario from “harmful consumption” to “total oblivion.” Sounds less like a science experiment and more like a mid-life crisis and immaturity. Things turn darker, but again, not too believably. This film is very well acted, though. Reliable performers like Thomas Bo Larsen and Magnus Millang are in the group, and Mikkelsen does a wild dance. That’s worth watching. 3 out of 5

Sherlock Holmes has a rival, while VIFF has Toronto drug crime and Jimmy Carter’s musical friends