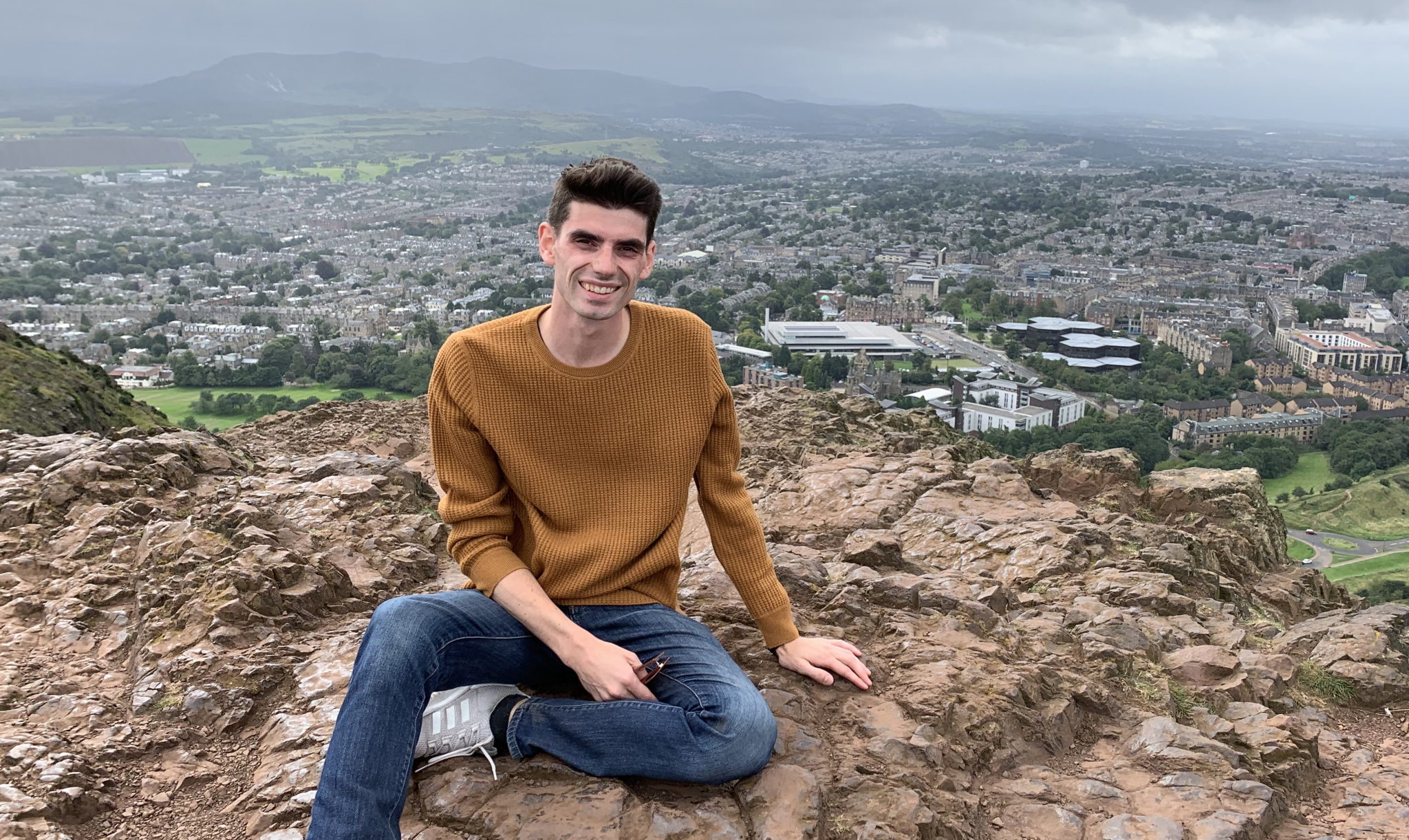 If midnight represents the worst of the COVID-19 pandemic — with dusk its beginning and dawn the reprieve — then it’s probably about 10 p.m. right now, recent graduate David Thibodeau says.

“I think the worst is still yet to come, I don't think we've quite hit that peak yet,” he said. “I always knew that a second wave was coming, but I just didn't know it was going to be as extreme as it has been.”

A month ago, Thibodeau says, his assessment might have been that it was closer to midnight, roughly the same view that emerged from a Canada 2020 survey done in mid-September and released last week.

More than half of the almost 1,600 people the progressive think tank and its research partners polled between Sept. 9 and 13 said the country remains in the darkest parts of the night, while more than a third said we are emerging from the worst of the pandemic.

Those younger than 35 years old were more likely to say Canada is in the “early dawn,” meaning the worst has already passed.

Alex Paterson, executive director of Canada 2020, agreed that future versions of the survey planned for the coming months could push back into the evening on that scale, since the pandemic has moved into a second wave of infections in many parts of the country and shorter winter days are on the way.

“There are going to have to be tremendous wells of compassion that we tap for one another over the next six to eight months,” Paterson said.

The survey's findings also suggest a groundswell of support, especially among younger people, for government to take bold steps to help Canada recover from the pandemic and also address the inequalities and injustices it has exposed and exacerbated.

Thibodeau's views are aligned with most of the younger people polled by the think tank. He said the pandemic has created opportunities for Canada to fix structural problems and “implement big ideas that we haven’t had the chance to explore yet.”

A recent @Canada2020 survey suggests a groundswell of support, especially among younger people, for government to take bold steps to help Canada recover from the pandemic and address the inequalities it has exposed.

Sixty per cent of the younger people surveyed agreed that government should use this opportunity to introduce new programs and services, compared to half of the overall group.

Forty-four per cent of the younger cohort said they either “support” or “strongly support” a Canadian guaranteed income program, compared to 40 per cent overall.

“That there is such support among younger generations for big initiatives coming out of this, for me, is encouraging,” said Canada 2020’s Paterson. “Hopefully, generationally, we have a restoring of faith in our ability to collectively do big things through government,” he added. “And young people think big.”

And a much higher portion of young people (48 per cent versus 34 per cent) said they either support or strongly support a deferral of rent payments for as long as landlords do not have to pay their mortgages.

More than a third of young people surveyed said they strongly support divesting from fossil fuels and investing in clean energy, compared to less than a quarter of the overall survey group.

“At some point we’ll have to look at the finances, but if we invest appropriately now, we won’t have to worry about it in the future,” Thibodeau said, noting that spending on a green recovery and future-proof infrastructure would create well-paying jobs.

Younger people were also more likely to strongly support diverting funding from police to health care, increasing minimum wage and unemployment insurance, and granting permanent residency to non-citizens who worked through the pandemic.

On questions about police, younger people were also much more supportive of forcing officers to wear body cameras and to increase their training on systemic racism and sexual violence.

The under-35 cohort was largely in line with the broad consensus on the importance of wearing masks to limit COVID-19 spread, that the pandemic is not being blown out of proportion and that social distancing is not causing more economic damage than the virus would.

Future Majority pushing to have a voice on post-pandemic policy

I am 78 years old and I agree with the young people, except I am not sure about the guaranteed minimum income. Where is it going to come from?
But this is an opportunity to make a drastic change in things! We cannot allow selfish greed to continue to run the country or the world! That way leads to destruction for everyone! I'd rather go back to the days of a big garden and a flock of chickens! If you have that you don't need much income.

Two things:
There is a big difference between a Universal Basic Income (championed by the corporate right, among others), and a Guaranteed Livable Income (as in, you know, do away with hungry kids, teens who can't finish school because their income is needed to help the family make rent, and people who wind up evicted because of any of a number of reasons -- though usually there are a multitude of reasons: bad things people can't get out from under usually come at them from several angles at once, or in rapid succession). A lot of our "Income Security" programs ensure perpetual poverty, ill health, and inability to make helpful choices, for lack of money to do so.
No one asks how we can afford universal healthcare (though we don't have universal healthcare, we have universal minimum healthcare, and good healthcare for those with supplementary insurance unaffordable for many or most people; many people receive substandard care in public institutions, as well.)
No one asks how we can afford OAS, and how we can afford to provide numerous non-refundable tax credits to individuals with plenty of disposable income, while those without enough money to live on healthily can't access them. Many of them used to be refundable credits. No one asks how it came about that we could "afford" those benefits for those with incomes above (sometimes considerably above) the median, but not those below.
There are dozens of such "no one asks" ... but the point is made!
And as far as Universal Basic Income goes, it's a fair question to ask how we can afford benefits for the wealthy banker's wife, that we can't afford for the poorest among us. Especially those who rapid adoption of technology has made irrelevant in the workforce so that corporations can distribute bigger dividends to the members of the investment class.
Re Second and subsequent waves:
It's the same phenomenon over and over (and I'm not being curmudgeonly, I recognize myself at that age in my comments): the young rely on their own history of invincibility -- hey, they didn't get it in the first wave, so surely it's a matter of the quality of their personhood, not of the circumstances around them ... and guess who now makes up the bulk of the cases.
There is, though, an element I think, of increasing decision-making power amongst the young with educations but no real experience of life except for within their own cohort. Those educations seem to deliver less capacity to think, at the expense of greater capacity to apply bytes and memes to decision-making and communications.
Consider the lauding of First Nations' "ancestral wisdom," while "the rest of he culture" (with the exception of some recent immigant cultures) engage in ageist senior bashing.
There are, FI, lots of people alive who have heard first-hand accounts of, say, the 'flu of 1918-21, among many other things.
There are areas in which each "age cohort" (among others) has information and expertise. We're better off if we use all of it. That's what all kinds of research shows ... and yet ...