The most sadistic figure in the Trump administration has the coronavirus. Is it wrong to cheer? 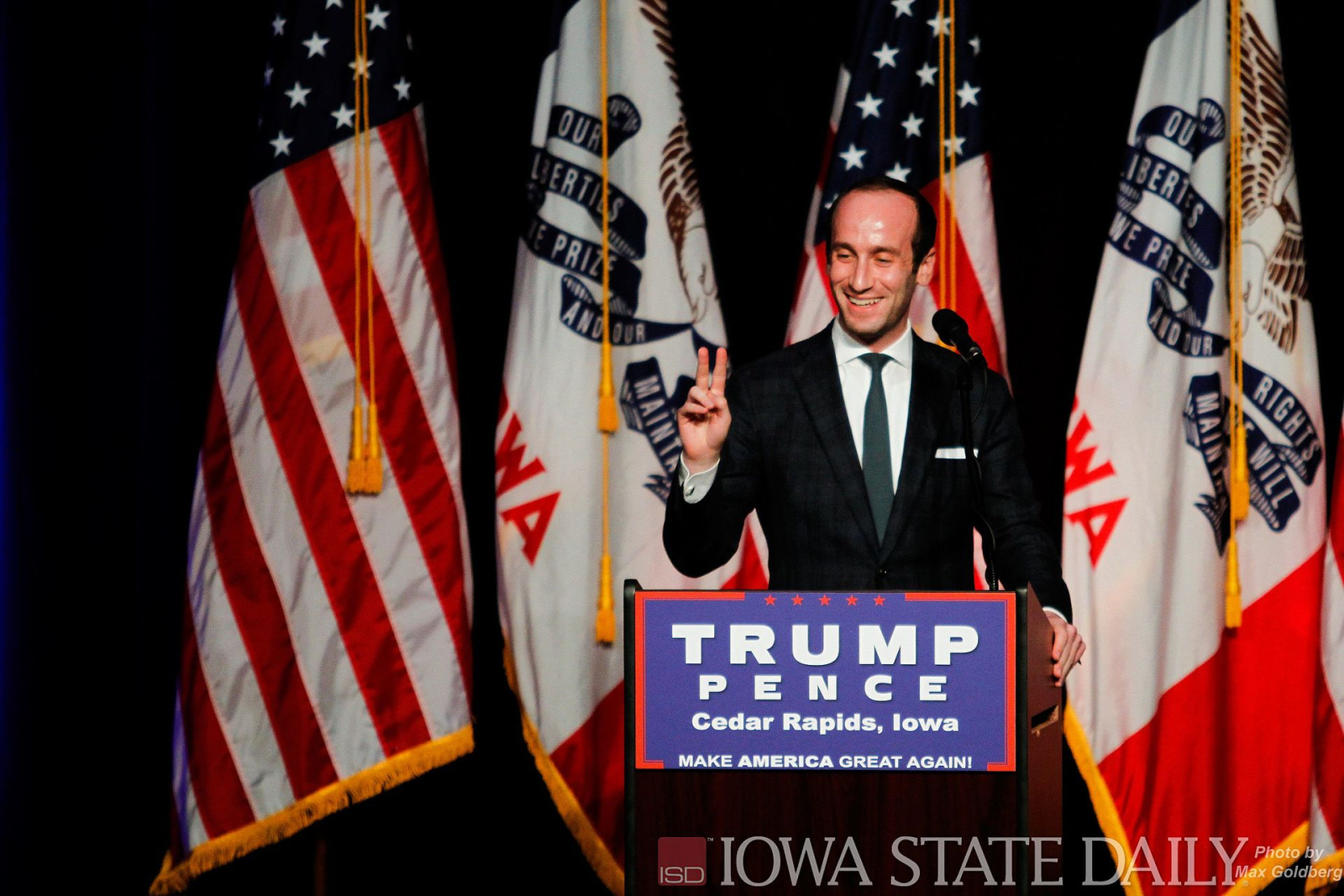 When word arrived that Stephen Miller, senior adviser to U.S. President Donald Trump tested positive for the coronavirus, many felt the pull of an inner moral struggle.

Is it wrong to cheer such terrible luck for the most sadistic figure in the Trump administration? Or for Trump himself, the others in his administration, and the GOP senators who have so debased their office in his service?

There's a strong sentiment abroad about not wishing ill on anyone, no matter the political differences. And I'm here to tell you that it's ok, just a little bit, to savour this moment.

It's not like anyone got hit by a bus, or had a heart attack out of the blue.

Trump and his enablers all knew how to prevent this disease. Entirely for political advantage, they refused to take the simplest precautions.

Having written this script, they can't complain when the audience laughs at the punch line.

Trump and this entire administration encouraged Americans to ignore and distrust science. They relentlessly amplified his deadly message through Fox and other media, while attacking anyone dismayed by their irresponsibility. They recklessly endangered White House employees like housekeeping, security, catering staff, their own families, the thousands attending Trump's endless rallies, or even the United States Joint Chiefs of Staff.

Miller has been at the forefront of America's immigration policy, where covid was used as a pretext to end refugee asylum. To say nothing of forced sterilization, kids in cages, and even, as we now know, tearing nursing babies from their mothers arms.

In their calamitous mismanagement of the Covid response, the Trump administration abandoned millions, and even in some cases actively intervened to confiscate and re-direct desperately needed PPE and equipment. Their list of negligence is far too long to catalogue here.

Throughout it all, Trump demanded that governors genuflect before him, and attacked reporters seeking accountability, or simply the truth.

As a direct result of the president's spite, disinformation and neglect, at least tens of thousands of Americans needlessly lost their lives, while millions more fell gravely ill. Millions have lost jobs and health care. Children struggling to learn are falling behind. Some are going hungry or losing their homes as financial and health worries engulf families and the elderly. Thousands die every week during a lethal pandemic that has no end in sight.

And all of this tragic loss—the death, suffering, and despair—was inflicted in pursuit of the most cravenly corrupt and selfish reasons.

Every single one of these people knew what they were doing. Every one of them could have refused to be part of it. Not one can say they made an honest mistake.

In a perfect world, the powerful face justice for such heartless abuse. But the world is not perfect. No court will render a verdict on this cruelty, and yet these people have passed sentence on themselves.

This is a moment of enormous historic importance that none of us will forget.

It's ok just this once, to agree with Fate.

Just to be clear, separating children from their parents and then incarcerating them is TORTURE.#TheHague #ICJ #VOTE #BidenHarris2020

Thank you. I do a little

Thank you. I do a little blog just for fun, and made this the heart of my shortest post ever.
http://brander.ca/c19#niceday

Totally agree. But the

Totally agree. But the borons inside the administration are not the ones that most appall me. It's the average Americans, self styled conservatives and Christians, who continue to almost worship them, that sets my teeth on edge. What spell does ignorance and the willful abuse of children have over the Republican base?? The party of Abraham Lincoln? What hidden devastation has been going on down there, to have robbed so many of their ethical judgement????

And could it be catching?

Ignorance is no respecter of

Ignorance is no respecter of national boundaries. People without enough education don't understand that Canada is not the USA, that its governance is structured differently, etc., and that "a right to bear arms" wasn't one of the primary freedoms guaranteed in our constitution.
People with very little education aren't particularly noted for media literacy, either.
So they go with social media, mini-clips from debates, etc.
How much you wanna bet that lots of people who decided Pence won the debate, only saw selected clips of it on twitter or facebook, etc.
But Lord love'im for bringing his fly. It took me a while to decide if it was a fly or a bedbug. No flies on Kamala, though: and Pence also had all the lies.
As far as "all the Covid" goes ... I really hoped that he'd get so sick that his supporters thought he might die -- but what happened will only embolden the no-mask protesters, I fear.
As it is, any God that exists must be possessed of more patience, than justice or mercy.
I don't wish anyone ill, truly. And I didn't. But it happened. Just not as I would have wished had I wished.

Mary Nokleby asks valid questions; that contemporary commentators and historians have tried to parse throughout the course of written history. Is selfishness on a global scale catching? Is it the product of mass realization that our future, indeed our immediate present is in clear and present danger? Is selfishness an essential survival tactic?

Denialism, and deceit seem to be inherent parts of the human psyche. Too many of us are oblivious to our ultimate fate, and the breathtakingly short span of our conscious existence. It takes many decades, as I know to my cost, to become aware of how much of my life has been misspent and wasted. Perhaps my epitaph should read "The main accomplishment she claimed is that she added only one additional human to the burden Earth endures."

The infamous Schadenfreude that essentially gives us license to enjoy an other's downfall is absent only among the Saints and I'm not entirely convinced of their innocence.

In the case of misfortune for

In the case of misfortune for a popularly despised person like Miller (who might actually need to be despised— like a vampire needs blood), the moral compass each one of us has can come in handy. But people get into as much trouble keeping this diametric instrument in their pockets as they do in the woods with a geomagnetic compass.

Generally, it’s not cool to wish anyone ill but, as with geometry, the moral compass is used for more than which way’s right or wrong; it’s also used to plot a course around an amoral obstacle, a tool of navigation, as well as of moral discernment, on the course to karmic justice.

Miller is complicit in dividing and weakening his own country, hitherto world hegemon, which will continue to harm the world for years to come, and make it harder for any of us to do the right things.

Colloquially, it means the misfortune “couldn’t happen to a nicer guy”. It’s morally okay to champion the truth.

I'm uncomfortable with a

I'm uncomfortable with a certain tone of self-satisfaction, or self-righteousness, that seems to run run through this Opinion piece. The writer seems to delight in finding herself so right, and her targets so wrong. Evil, in fact -- the loose charge of sadism is surely over the top. I expect the National Observer to have a point of view, but writing based on careful consideration will carry more weight.