By Cassandra Szklarski | News, Politics | October 10th 2020
#915 of 1462 articles from the Special Report: Coronavirus in Canada 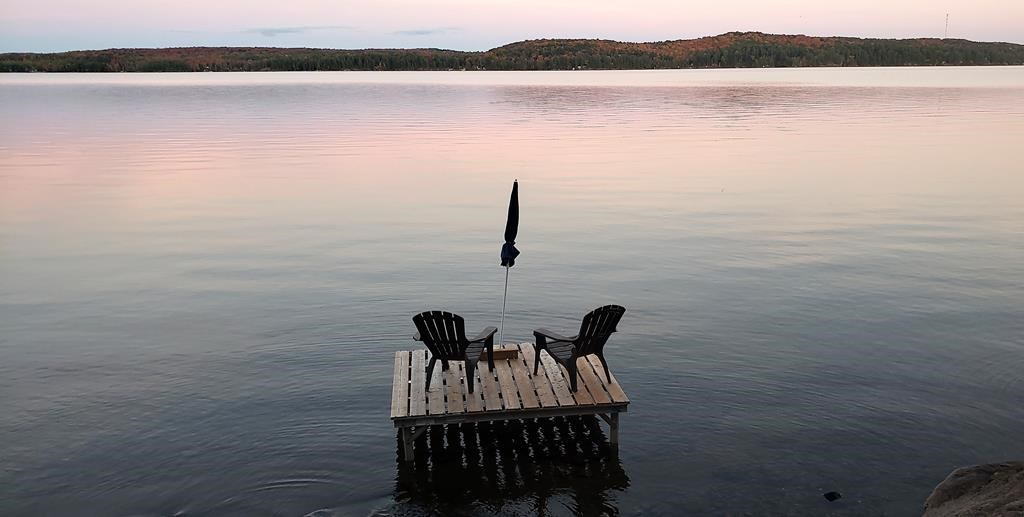 Canadians began the Thanksgiving long weekend amid a surging second wave that pushed public health officials to roll back some businesses and tighten COVID-19 measures in several hotspots.

Prime Minister Justin Trudeau warned Friday the nation was "at a tipping point in this pandemic" as he released new projections that suggested the death toll could reach 9,800 by end of next week without immediate efforts to curtail outings and gatherings.

"Not only is the second wave underway, yesterday we hit the highest daily recorded cases — well above what we saw this spring," Trudeau said as he also announced emergency funds for food banks, groups serving vulnerable communities, and businesses that can't make rent.

"I know this is discouraging, especially going into Thanksgiving weekend. But remember this: when things were at their bleakest during the first wave, Canadians pulled together and flattened the curve."

As of Friday afternoon, there were 177,719 confirmed cases and 9,586 deaths in Canada. New modelling suggested there could be as many as 197,830 cases by Oct. 17, with cases rising most rapidly in Quebec, Ontario and Alberta.

Ontario notched yet another daily record with 939 new cases, 336 of them in Toronto, 150 in Peel Region and 126 in Ottawa. But five new deaths and a worrying increase in hospitalizations to 225 from 192 patients brought in tighter restrictions in the three hotspots.

Premier Doug Ford closed gyms, movie theatres and casinos and banned indoor dining, and asked people to stay home as much as possible for at least 28 days.

"All trends are going in the wrong direction. Left unchecked, we risk worst-case scenarios first seen in Italy and New York City," said Ford, noting the number of contacts for every confirmed case has exploded, "sometimes in the thousands."

"Hospitalizations, and the number of people in intensive care have increased by 250 per cent. If current trends continue, Ontario ICU, intensive care unit, admissions are predicted to more than triple in less than 30 days. Our hospitals will be overwhelmed and we can't let this happen."

Next door in Quebec, more than 1,000 infections emerged for the seventh time in eight days.

Premier Francois Legault asked Quebecers to make sacrifices and avoid socializing over the long weekend as 433 more people landed in hospital — up eight patients from the day before, with 67 people in intensive care, one less than the day before.

Canadians began the Thanksgiving long weekend amid a surging second wave that pushed public health officials to roll back some businesses and tighten COVID-19 measures in several hotspots.

Harsh warnings were also issued in New Brunswick, where surges in Moncton and Campbellton pushed each region into an orange alert level and forced the closures of gyms, cinemas, casinos, spas and barbers.

N.B. public health officials reported 13 new cases of COVID-19, including one involving a Campbellton high school that was temporarily closed for cleaning and contact tracing. Visits to the Campbellton Regional Hospital were also cancelled as 18 employees remained in isolation either because they had COVID-19 or were close contacts.

Trudeau urged Canadians to do everything they could to slow the virus in coming weeks, acknowledging that Thanksgiving would have to be a curtailed affair.

"We are all committing together to do everything we can to slow the spread of the virus over the coming weeks, so that we can have a chance to get together in person at Christmas with our loved ones," Trudeau said in French.

The number of deaths over the past week ending Oct. 8 reached 244, according to a Canadian Press tally of daily statistics from the Public Health Agency of Canada.

That is more than the total number of deaths in the previous five weeks combined, and the largest weekly death toll since June 18 reached 294 deaths. The highest single week tally of deaths was the first seven days of May, with 1,198 deaths.

COVID-19 also continued to spike in Manitoba, where officials reported 84 new cases — 64 of them in Winnipeg — and three more deaths, two at Winnipeg long-term care homes.

The capital city was put under tighter restrictions on Sept. 28 in a bid to stem the rising numbers.

Earlier Friday, Trudeau discussed a range of measures to boost the social safety net while also touting 378,000 jobs added in September when many Canadians were able to return to work as children returned to school.

The unemployment rate fell to 9 per cent Friday, but Statistics Canada noted it was still taking mothers longer to return to the workforce than fathers.

There were 1.8 million Canadians unemployed in September, with about 1.5 million of them looking for work.

StatCan says the unemployment rate would have been 11.9 per cent in September had it included in its calculation people who wanted a job, but didn't look for work.

Recipes and advice for a delicious long weekend