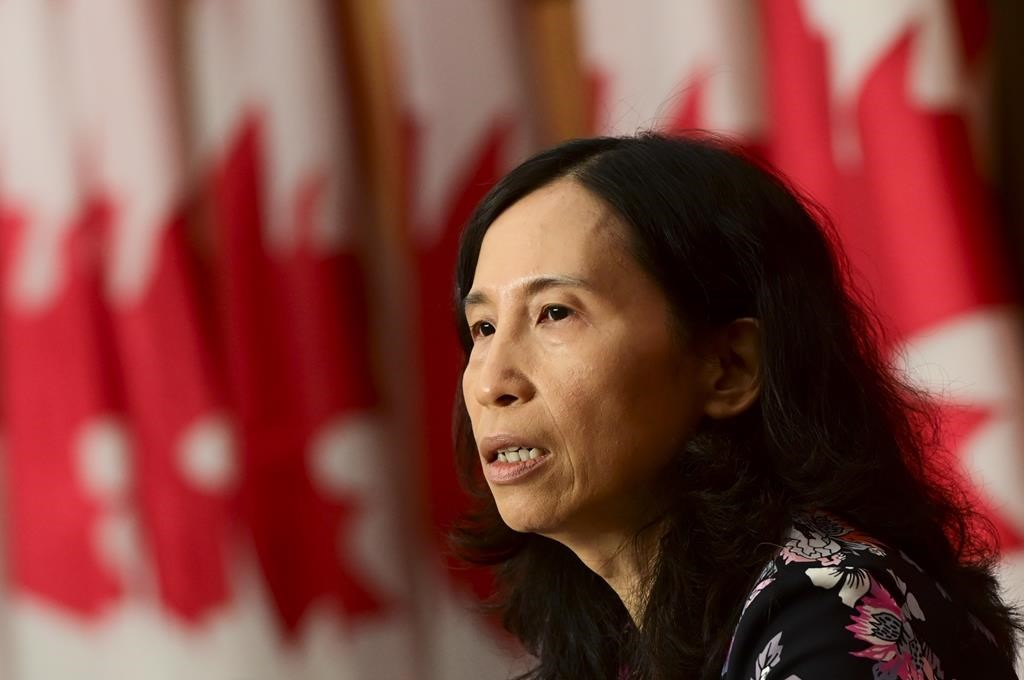 Canada's chief public health officer says trick-or-treating should be possible this Halloween as long as little goblins take precautions to prevent the spread of COVID-19.

Dr. Theresa Tam cautions, however, that parents should listen to local public health authorities for advice on their particular communities.

She notes a cloth mask can even be incorporated into some costumes.

"So there are ways to actually manage this, outdoors in particular," Tam told a news briefing Tuesday in Ottawa.

"I think that's some of the safest way of doing trick or treating."

But he pointed to the way people creatively adapted to safely enjoy Thanksgiving as an example to follow.

"I think Canadians are resilient, they can adapt," Njoo said. "It's possible to give and receive candy safely."

Tam offered ideas such as using a hockey stick to hand out treats or having a pool noodle handy to remind people to stay two metres apart.

The advice comes amid a second wave of COVID-19 across the country that is causing fear and uncertainty.

Quebec reported 815 new cases Tuesday, the fewest since the end of September, but put three new regions on its highest alert level. In two districts near Montreal, plus the Charlevoix region near Quebec City, bars, gyms and other indoor venues will have to close and large private gatherings are being banned.

In Ontario, the province is calling in the Red Cross to help in several long-term care homes. Premier Doug Ford said Tuesday he's praying he won't see a need to impose restrictions in more parts of the province after rolling Toronto, suburban Peel Region and Ottawa back to an earlier stage of reopening just before the Thanksgiving long weekend.

In Saskatchewan, the chief medical officer of health cut the number of people allowed to gather in a private residence to 15 from 30.

And in New Brunswick, a province relatively lightly touched by the pandemic so far, authorities announced six new cases, including one in a special-care home and one linked to a high school.

Tam acknowledged the challenges Canadians face as communities reopen businesses and services, only to roll them back when outbreaks occur.

The goal is to fine-tune the balance to allow for a sustained rhythm and more predictability for the public, she said.

"I think the bottom line is, nobody has that precise playbook."

The balance will be different in individual communities across the country, she added.

"People are giving it a really good try but it's not going to be easy, and we need everyone to collaborate on that front."

Prime Minister Justin Trudeau, sitting alongside Tam at the briefing, said now is the time to redouble efforts against the spread of COVID-19 by following public health advice.

Ensuring rapid testing across the country is a key to managing the pandemic, Trudeau said.

"But it is not in and of itself a panacea. It is going to be important that it be deployed properly to maximize the impact."

The federal government will work with provinces on how to maximize all the technology the country is able to deploy, he added.

Remote communities have had point-of-care rapid tests since the spring because of the lack of easy access and long transport times for laboratory analysis.

Tam said additional units should be available in the coming days.

How they are rolled out is up to the provinces and territories, she said, adding they would likely go to locations with the most need.

This report by The Canadian Press was first published Oct. 13, 2020.