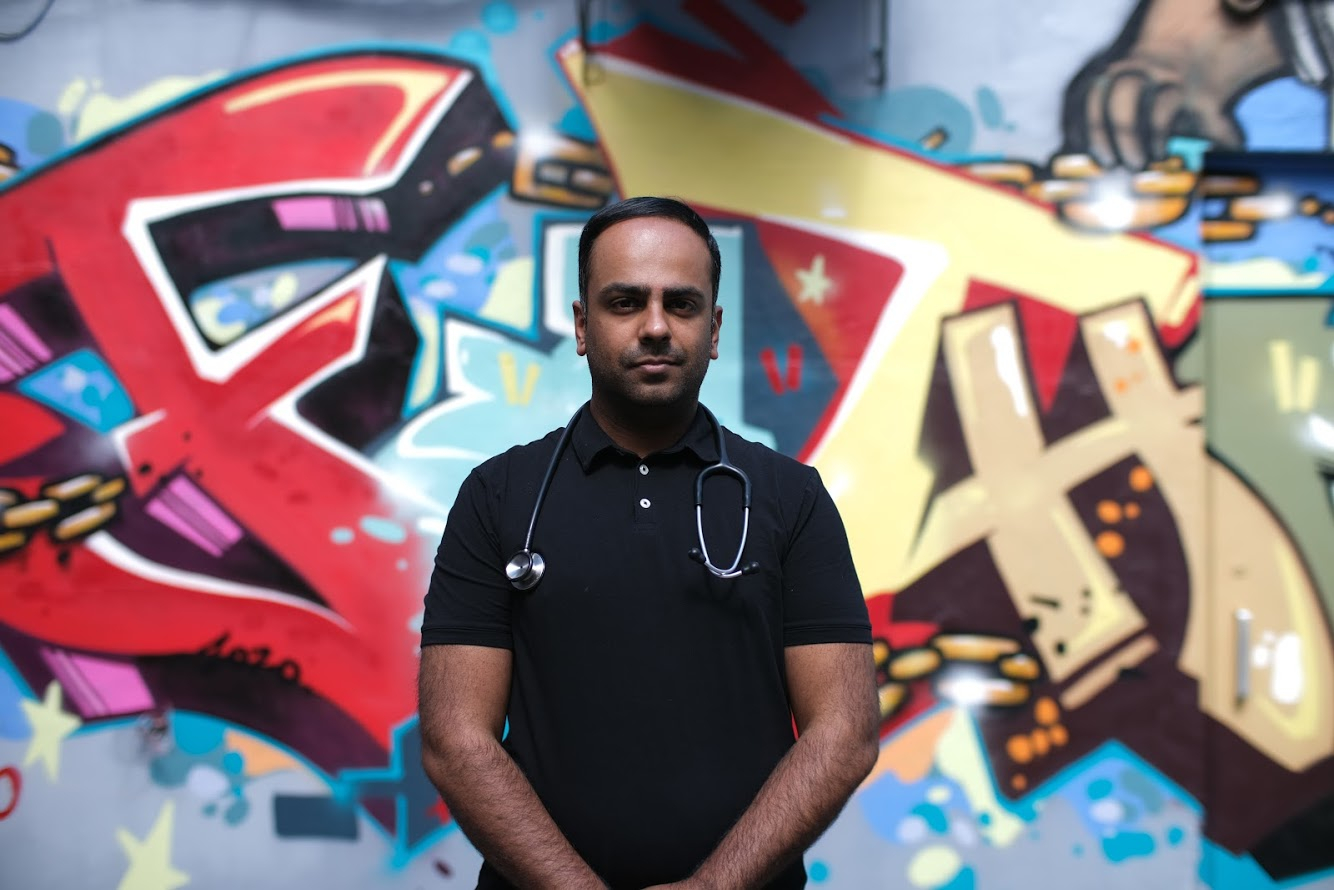 Dr. Naheed Dosani wants less reprimanding of young people and more meaningful engagement with an age cohort whose active embrace of sustained public health restrictions will be key in Ontario’s effort to contain COVID-19 over the winter.

The 35-year-old Toronto-area palliative care physician has collected nearly 100,000 views for some of the COVID-19 public service announcements he’s added in recent months to his TikTok account, which he’d previously used to reduce stigma around dying and push for action on social issues, such as the opioid epidemic and homelessness.

“We need to be thinking about fun, engaging, innovative, creative ways of communicating, using platforms that these populations use, speaking to ethnic and cultural media as well, to get the message across,” Dosani said, adding that the bad rap is helping no one.

“I talk to a lot of people under the age of 40. They care about this virus, and they care about this pandemic. They don’t want things to get worse,” says Dosani, who is also a social justice advocate active on Instagram and Twitter.

“This is just me. One has to wonder if there was a co-ordinated and resourced approach to utilizing these platforms, we may actually be able to meet people where they're at and change public health behaviours throughout the second wave,” he said.

Relatable messaging shared by trusted voices on social media can effectively change behaviour, Dosani said, and must be harnessed.

“To think that we are so far into the pandemic, and we haven't tapped the potential of that, that's worrisome,” he said. “We need to make moves now.”

With people under 40 accounting for well over half of new infections in Ontario during these early days and weeks of a second wave, it is imperative that any effort to bring the numbers back under control reaches out and embraces them.

Instead, as Ontario lurched into back-to-school and a partial reopening of the economy, Premier Doug Ford warned students starting post-secondary studies to “cool your jets with the partying,” and other provincial politicians and public health officials have been quick to chastise the young for not taking enough precautions.

Such messaging is ineffective and alienating, says Dosani, and psychology experts agree.

“What we've been seeing so far have been authoritarian, heavy-handed, parental-style approaches,” said Dr. Steven Taylor, a professor and clinical psychologist at the University of British Columbia.

“As we go into winter when it's all gloomy outside, the last thing we need is another depressing thing in our lives,” said Taylor, who had his book The Psychology of Pandemics published just before COVID-19 broke out. “So we should look at creative ways of solving problems around managing COVID that don’t involve oppressive things like punishments or shame, that look at positive ways of engaging people.”

Reynolds responded a couple of days later with a voice message joking about not wanting young people in the province to kill his mother or David Suzuki or each other, a reply that has garnered 420,000 views and 12,500 shares on a celebrity account with 16.6 million followers.

Taylor said that young people are at a development stage where they are striving for greater autonomy and rely heavily on peer acceptance to shape their behaviour.

So it could help them to hear messages from their peers about how wearing a mask, socially distancing and other measures are choices they can make that their social group is also making, and if you care about your community, you will do this as well.

Taylor suggests governments get young people involved creatively on social media with the aim that such messaging gets liked, shared and riffed on by large groups of people, otherwise known as “going viral.”

He said this could take the form of an incentive program for public service announcements targeted for youth, with perhaps $5,000 available for technical support and audiovisual equipment. Creative control should rest entirely with participants.

“It would become a kind of arts program, which would be hugely positive and creative at finding ways of getting messages across to particular demographic groups,” Taylor said.

“It sends the message that, ‘Hey, we think your voice is important, and we want to hear what you have to say, and we're going to give resources to make your voice important,” he said, contrasting that to top-down messaging that disregards what the broader public has to say.

‘Only floss the teeth you want to keep’

It’s hard for younger people who feel invulnerable to make the cognitive leap from “I go to a party with my friends” to “my grandpa dies,” says Diana Brecher, a clinical psychologist and scholar-in-residence for positive psychology at Ryerson University.

She said public health messaging could echo the thoughts of Donald Meichenbaum, one of the founders of cognitive behaviour therapy, who she once heard give a lecture about how people should only floss the teeth they want to keep. The message: It’s up to you, and there are consequences for inaction.

Brecher said those 18 to 25 are prone to take more risks than older people and that their lack of concern was justified early on by pronouncements the virus did not appear to hit them hard.

But she said that as more young people get infected and more stories about the ill effects circulate, the message will get through.

Brecher noted that people can change behaviour on a larger scale when required, pointing to a previous epidemic, the AIDS crisis, which decimated communities in the 1980s and early 1990s and later led to the widespread adoption of condom use to prevent sexual transmission.

Referring to the story of a young man in Texas who died after attending a party designed to prove the COVID-19 virus was fake, she said: “My guess is that young man’s friends, his peers, they probably got majorly shook up and are thinking about this very differently.

“Maybe they were even at the same party. They’re not going to be so frivolous again after the funeral,” she said.