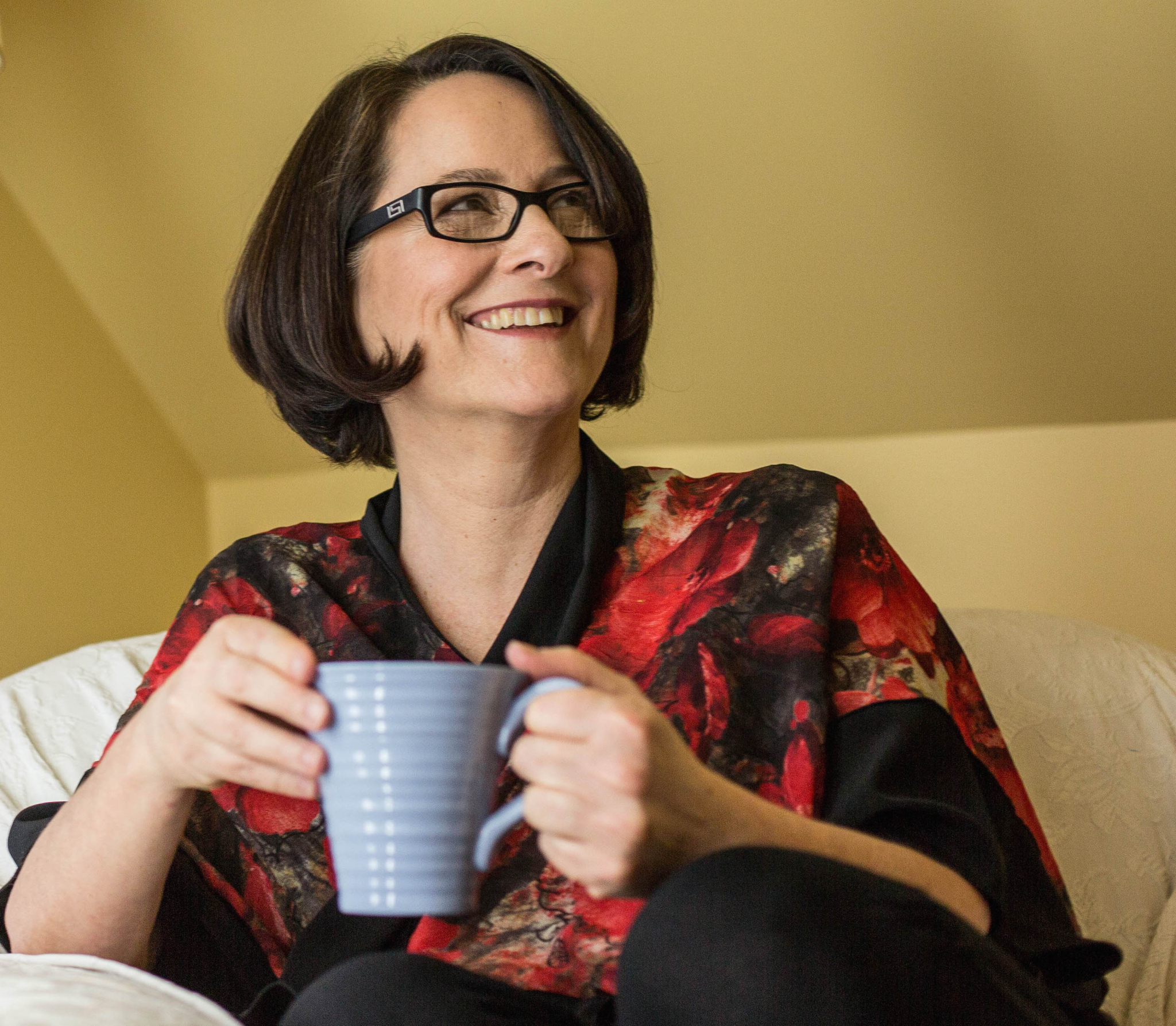 Acclaimed author Shaena Lambert was electrified by Petra Kelly — a founder of the original Green party struggling to save the world in Cold War-era Germany — when the activist spoke at a massive Vancouver peace festival in 1986.

Lambert, herself a full-time anti-war activist in the 1980s, was captivated by Kelly’s vision of ecology, feminism, justice and world peace. But Lambert was equally struck by Kelly’s mysterious and shocking romance with a former German general who had converted to his lover’s cause. Decades later, Lambert’s ongoing fascination with Kelly became the focus of her third novel, Petra.

The work examines Kelly’s extraordinary life as a woman who transformed environmental politics forever but whose personal life was entangled in a love triangle, jealousy and murder.

Lambert — still actively committed to social change and arrested in the not-too-distant past at a Kinder Morgan pipeline protest in B.C. — spoke with Canada’s National Observer about how much of herself is reflected in the novel’s protagonist, Petra, and about why she is such a compelling role model.

As well, Lambert discusses how the novel and its protagonist are relevant to today's climate change movement.

Why were you so drawn to your protagonist and her life as the central theme of your novel?

Petra Kelly founded the German Green party, and she also was a key figure in the fight against nuclear missiles in Europe in the 1980s.

She was very charismatic, powerful, sexy and volatile — a bundle of contradictions, really, which is one of the things that fascinated me about her. People would say she was, you know, both incredibly generous and narcissistic, and, you know, that’s a good character for a book.

And she has quite the complicated love life as well.

"These flame bearers for change are often women, and they speak so deeply to a generation. In that generation, it was Petra Kelly," says author Shaena Lambert, discussing her new novel based on the life of the original Green party founder.

In real life, she fell in love with a German general — fictionalized by the character Emil Gerhardt in the novel — in the 1980s when NATO (the North Atlantic Treaty Organization) was deploying all these nuclear missiles in Germany. The missiles were up against the Iron Curtain and, on the other side, there were Russia’s SS missiles. It was a potential battleground for nuclear war and possible worldwide conflagration that could occur in seconds.

So this principled general left NATO, got involved with Petra Kelly, and they became lovers. And, for 10 years, they were the king and queen of the German peace movement. Then, in my book, some very dark and difficult things happen between them, and that’s what I'm tracing in the novel.

So Petra Kelly makes for an interesting character, but what compelled you to dig into her life and relationships?

Well, I met her in the 1980s. I was very, very involved in the anti-nuclear movement. And in 1986, a citywide peace festival took place in Vancouver, and Petra Kelly came with her general. She was absolutely riveting as a speaker. She had such a huge intersectional agenda for peace, for ecology and for feminism. I had shivers on my arms just listening to her.

And afterwards, I saw what so many people reported about her strange relationship to the general. She would be so strong on stage, channelling this kind of power that we see in really charismatic leaders.

Did writing Petra tap into the concerns and motivations you have as an activist at a personal level?

How much of you was channelled into Petra’s character?

I felt a kinship with her, but Petra was very much her own person. She's such a star. She was a peace diva, an ecological diva, and she was larger than life. I use some of my experiences, but I had to really travel deeply into her very particular, and quite brilliant, character. When you're a novelist, you sort of weave together whatever you can grab from your past life, but then I would also do research and interview people who'd known her.

Here in Canada, the Green party, both federally and in B.C., is engaged in a struggle to define itself: whether to compromise in order to move forward or worry about selling out. Does that get touched on in your novel?

It's a big part of it, actually. I mean, they came together as this tiny little group of visionaries, and then they grew and gained electoral power. They really changed the face of German, European and, arguably, world politics. But almost as soon as they were elected, they were pitted against each other in a fight. And so the party really split into these two pretty different, difficult and thorny branches.

It was hard growing pains for the Greens for several, several years. Because of that big question about how much do you compromise and what do you do in order to gain power. I just don't think there's a very easy answer to that. Myself, I believe that there's some kind of melding between dancing strategically, as one needs to do in order to actually create political change, and holding onto the deepest principles one holds dear.

Right now, I’m very excited (about) Annamie Paul being elected as federal leader of the Greens. When I heard her speak, I thought, "I think this is a woman a lot of people are going to get behind."

Petra details the evolution of the Green party and a different era of activism, but does the novel have relevance for the climate change movement now?

I would say one of the biggest connections is that these flame bearers for change are often women, and they speak so deeply to a generation. In that generation, it was Petra Kelly. Now we have Greta Thunberg or U.S. Congress member Alexandria Ocasio-Cortez, and they are able to channel the angst and needs and desires of people and galvanize them.

As we face the climate crisis, I think one of the biggest things we can learn from Petra and the Greens is not only did they have an incredibly visionary agenda, but they also had the energy and belief that you can change the world. Petra didn't give up, even though her life became very dark. She continued to believe, until the very ... moment of her death, in a better world. And I think that we can take that and use that.

So, I think it's important not to take false hope from the past, but to take real hope from what people can do when they come together.

Good timing as the green

Good timing as the green party gains it next step in evolution. Women are standing up and finding their voices as collectively we need to find balance. Good to hear you are doing the research and wrote about her.