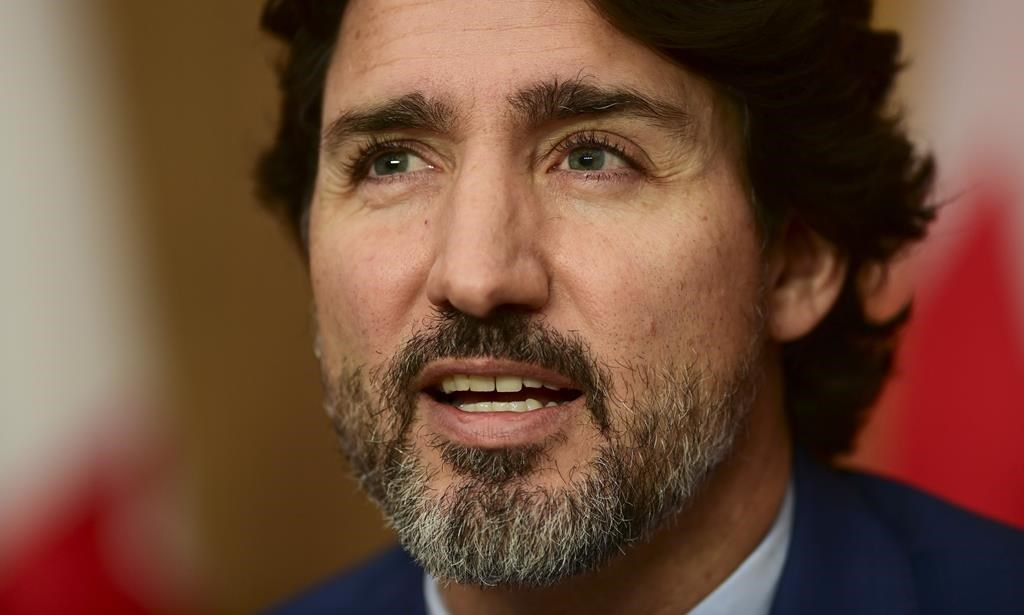 Prime Minister Justin Trudeau takes part in a press conference during the COVID pandemic in Ottawa on Friday, Oct. 16, 2020. Photo by The Canadian Press/Sean Kilpatrick
Previous story
Next story

Prime Minister Justin Trudeau says he has no intention of trying to assert federal jurisdiction over long-term care facilities but still believes there is a role for Ottawa to play in fixing the country's troubled nursing homes.

Trudeau is pushing the provinces to agree to harmonize minimum standards for long-term care so that vulnerable seniors are protected and cared-for well no matter where they live.

"This is a moment for us to step up and reassure Canadians that their loved ones, that they themselves as they advance in age, won't be left aside, won't be made vulnerable," Trudeau said Friday.

Trudeau met with the premiers by phone about the issue Thursday. The Canada Health Act does not govern long-term-care homes, and their existence and operation are entirely up to each province, a fact Trudeau said he fully recognizes.

"Obviously, I respect provincial jurisdiction in running those institutions," he said. "But we've seen that those institutions haven't done a good enough job in this pandemic particularly, but in a long-standing challenge."

He said his proposal for "national norms" wouldn't mean a top-down approach from Ottawa, dictating what provinces must do on long-term care. Rather, he said provinces that have done better can share what worked with their counterparts, and all can commit to reaching minimum basic care standards on their own.

"We've seen varied outcomes in various provinces around our seniors and I think every Canadian can understand how important it is to make sure that all of our vulnerable senior citizens are properly protected, regardless of which province or territory they happen to live in," he said.

Provincial governments are wary of federal intrusions, with Quebec Premier François Legault warning the prime minister before Thursday's meeting that he was "playing with fire" and suggesting Ottawa intervening in long-term care would be akin to Quebec trying to make up rules about the Canadian border.

In the spring, the federal government sent in the military to help replace staff at dozens of homes in Quebec and Ontario that could not cope with the pandemic. Subsequent reports to the government from the military exposed horrific conditions in some of those homes, including COVID-19 patients not isolated from non-infected residents, cockroach infestations, rotting food and patients left in soiled clothing.

In the first wave of the pandemic, long-term-care residents accounted for about 20 per cent of all confirmed cases of COVID-19 — and 80 per cent of the deaths. Some homes saw more than one-third of their residents die.

Prime Minister Justin Trudeau says he has no intention of trying to assert federal jurisdiction over long-term care facilities but still believes there is a role for Ottawa to play in fixing the country's troubled nursing homes.

The infection rate slowed over the summer, but as the second wave began to explode this fall, long-term-care homes are starting to get hit again. One care home in Ottawa saw 100 residents infected and 15 die of COVID-19 in September.

The provinces have asked for a massive increase in federal health transfers, including to help improve long-term care, but with few if any federal strings attached.

Establishing a national standard fir Long Term Homes Care is a perfect job for the Council of the Provinces.