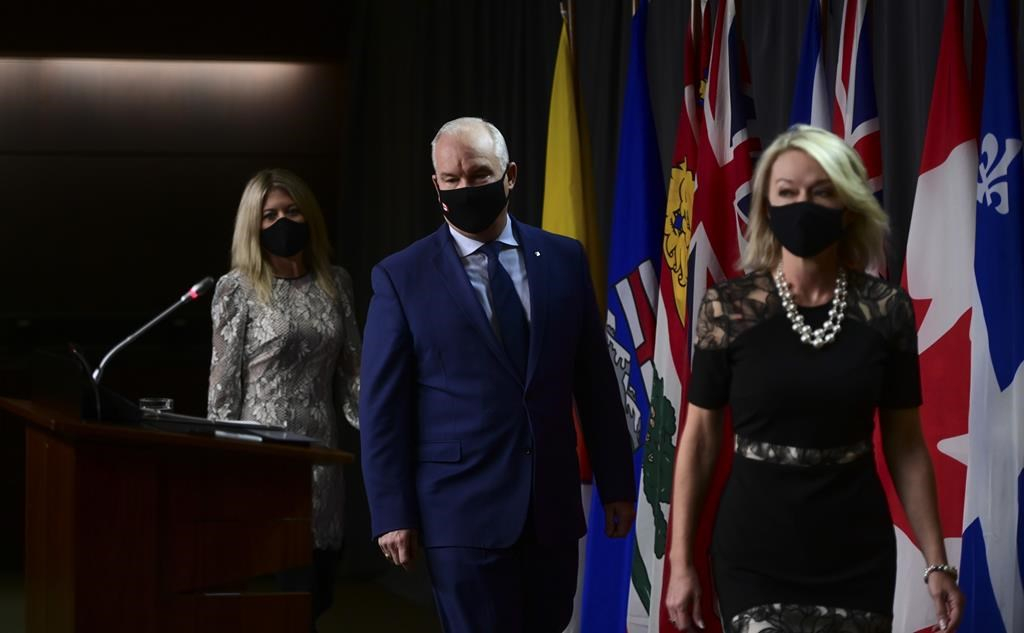 OTTAWA — Conservative Leader Erin O’Toole said his party doesn’t have confidence in the Liberal government, but that doesn’t mean every issue needs to turn into a confidence vote.

Yet his party is using its second chance this week to set Parliament’s agenda to propose a motion calling for a sweeping probe by the House of Commons health committee into a host of issues relating to the government’s handling of the COVID−19 pandemic.

The motion is so broad and the demand for documents so massive the Liberals are expected to argue its passage would paralyze the government — the same argument used to declare an earlier Conservative motion on the WE Charity affair a confidence matter.

The government survived the subsequent confidence vote on that motion — which would have created a special committee to investigate the WE Charity affair and other alleged examples of corruption — with NDP, Green and Independent MPs grudgingly joining with the Liberals on Wednesday to defeat the motion.

But all opposition parties blamed Prime Minister Justin Trudeau for turning the issue into a confidence matter that threatened to plunge the country into an election.

The point of the health committee motion is to get the answers that will improve upon Canada’s response to the pandemic, not force an election, O’Toole said Thursday.

"How would an election in the second wave of a pandemic improve our response?" O’Toole said.

The new motion was actually introduced by Conservative MP Michelle Rempel Garner at the health committee several weeks ago, where it appeared to have the support of Bloc Québécois and NDP members. But Liberal members argued strenuously at that time that they needed more time to digest such a massive motion.

On Thursday, Liberals argued the motion brings an overly broad scope that would bog down public servants and swamp caucus members with papers and information requests.

The move is "intentionally meant to overwhelm the department," Health Minister Patty Hajdu said in the House of Commons.

While the motion will be debated in the House of Commons Thursday, it will not be put to a vote until Monday.

Bloc Québécois Leader Yves−François Blanchet said Thursday he would back the Conservative motion, insisting that a broad probe into "bad spending" is warranted.

“We don’t know what the WE Charity scandal hides," he said in French.

Among other things, the motion would direct the health committee to scrutinize the government’s slow progress in approving rapid COVID−19 testing, the impact of the government’s reliance on World Health Organization recommendations that delayed travel restrictions and wearing of face masks, the Public Health Agency of Canada’s communications strategy, the partial shutdown of the Global Public Health Intelligence Network early warning system and the adequacy of federal health transfer payments to the provinces.

And it would order the government to turn over a raft of documents from the Prime Minister’s Office, the Privy Council Office, various ministers’ offices and departments, and the Public Health Agency of Canada related to the government’s preparation for the pandemic, the purchase of personal protective equipment and testing products.

It would also order the government to release all records related to the COVID−19 Vaccine Task Force and its subcommittees and its plans for distributing an eventual vaccine.

The demand for documents concerning the purchase of personal protective equipment could be particularly sensitive for the government. It has used a national security exemption to keep some procurement contracts secret, arguing that the intense global competition for PPE makes it prudent to protect the names of suppliers of items that are particularly hard to come by, such as N95 respirators, gloves and swabs.

O’Toole said all the questions on the table are reasonable. It’s the government’s response that isn’t.

"We’re going to let them play politics," he said.

2 comments.
1. Who says that cross party collaboration isn't possible. The Bloc and the Cons seem to be having a true love fest.
2. It will be interesting to see whether Canadians see through these Con motions as self serving obstructionist tactics. Cynical, cowardly partisan politics at its worst during a pandemic. Didn't they vote for all the Covid measures?

Pretty rich for the

Pretty rich for the Conservatives to talk about focus on issues rather than playing politics. It's not like the Liberals aren't guilty of at least some of what the Cons accuse them of, but pot and kettle.