By Christopher Reynolds | News, Politics | October 25th 2020
#935 of 1502 articles from the Special Report: Coronavirus in Canada 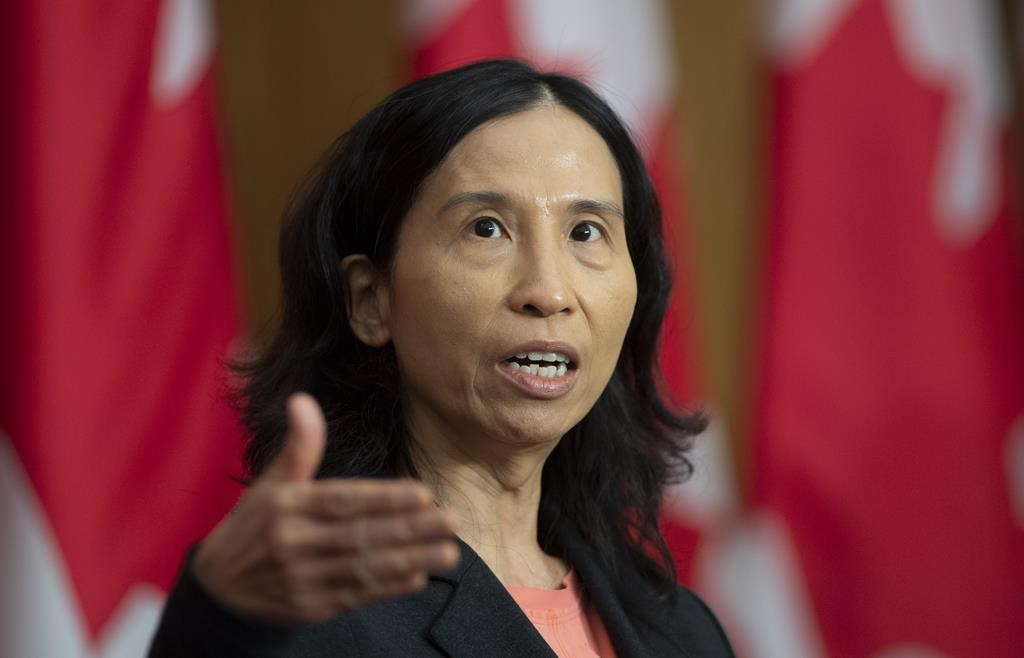 Canada's Chief Public Health Officer Theresa Tam responds to a question during a news conference on Friday, October 23, 2020 in Ottawa. Photo by The Canadian Press/Adrian Wyld
Previous story
Next story

Canada's top physician painted a bleak picture Saturday of the toll the COVID-19 pandemic may take on the country, expressing fears the number of pandemic-related hospitalizations and deaths could increase in the coming weeks as the second wave drives the national death toll toward 10,000.

The number of active COVID-19 cases rose 16 per cent week over week, according to figures from the Public Health Agency of Canada.

The sharp uptick left an average of 1,010 patients being treated in hospital each day over the past week, about 20 per cent of whom were in intensive care, Tam said.

Average daily deaths associated with the virus reached 23 over the past seven days, up from six deaths six weeks ago.

However, Tam said the most critical health consequences associated with the spike have yet to emerge.

"As hospitalizations and deaths tend to lag behind increased disease activity by one to several weeks, the concern is that we have yet to see the extent of severe impacts associated with the ongoing increase in COVID-19 disease activity," she said in a written statement.

The fatality numbers pushed the country closer to a grim milestone, with the death toll standing at 9,922 as of Saturday afternoon. The national case total reached 213,958.

Despite the alarming tally, politicians from the province's Halton Region published a letter Saturday pleading for an exemption from stricter public health measures.

The Ontario government has already moved the long-standing hot spots of Ottawa, Toronto and the neighbouring regions of York and Peel to a modified Stage 2, which includes suspension of indoor dining at bars and restaurants. But rising case numbers elsewhere prompted Premier Doug Ford to announce Friday that officials would review the situation in Halton, Durham Region and other areas.

Quebec, meanwhile, reported that daily cases again topped 1,000, with 26 deaths and 549 patients now in hospital, 17 per cent of whom were in intensive care.

The average daily case count there remains higher than any other province, but appears to have plateaued for the time being since a peak of 1,364 on Oct. 6, the same week that tight new restrictions went into effect.

Still, the rising tide of cases across much of Canada appears unlikely to recede unless stricter measures are not imposed, said Dr. Andrew Morris, a professor in the department of medicine at the University of Toronto who studies infectious diseases.

"This is a disease that grows exponentially ... and when things ramp up quickly they come on with gangbusters. We’ve seen that everywhere else around the world right now, especially in Europe," Morris said.

"As it moves to older adults, you're going to see more people proportionally with severe disease. I believe we're at a point right now where these increases are largely inevitable unless there’s more substantial action to try to tamp all of this second wave down."

School closures should be a last resort, but tighter limits on group gatherings and indoor activities may be necessary, Morris said.

"It is a mindset ... When the public hears that there's still a fair amount of freedom from the government, what that also tells them is that it really isn’t so bad right now."

Outbreaks have been declared on two units at Winnipeg's Victoria General Hospital, as well as at the Agassiz Youth Centre in Portage la Prairie.

Saskatchewan announced 78 new cases of COVID-19, making it the second province to report a new single-day high on Saturday.

Alberta yet again broke two records on Friday, reporting an unprecedented 432 new cases and 3,651 active cases ahead of the weekend.

The province has been topping itself throughout the month, which kicked off with 140 new cases and 1,546 active cases on Oct. 1.

— with files from Holly McKenzie-Sutter and Rob Drinkwater