From Canada comes an app to ease America's voting anxiety 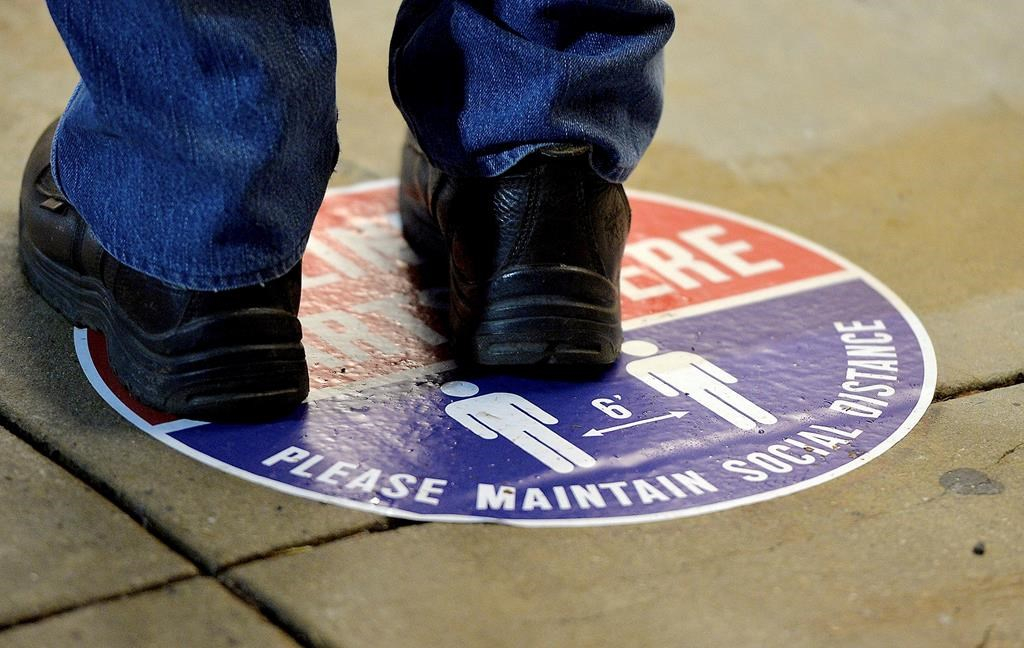 A voter stands on a physical-distance marker outside the Washington County Election Center in Hagerstown, Md., on Monday, Oct. 26, 2020, for the first day of in-person early voting. Photo by The Associated Press/The Herald-Mail via AP
Previous story
Next story

Voters in the United States are shattering turnout records despite long lineups, fear of civil unrest and the dangers of COVID-19 — and a Canadian company is doing its part to protect Americans from the perils of casting a ballot.

Glimpse Social is a free smartphone app that aims to harness the power of crowdsourcing to help voters gauge conditions at any of the more than 200,000 polling stations in the U.S. before heading out to vote.

"The more people that use it, the more effective it is," said founder Jonathan Baldock, a Toronto-based entrepreneur and social-media expert.

The idea is simple: a user of the Glimpse Social looks at a map of the U.S. to locate the polling station where they plan to cast their ballot, then drops a "pin" nearby to indicate to others that they are looking for information.

"They would say, for example, how long is the line, are people wearing (personal protective equipment) — whatever it is they want to know," Baldock said.

"And as long as somebody is within 250 yards of that pindrop, then they'll be able to answer that question."

The more users of the app there are in the area, the more answers to the original question, which can be delivered via video, photos or text from the scene. The result is a more detailed, eyewitness-account portrait of conditions at that polling station.

And while demand for absentee and mail-in ballots has been high as a result of the pandemic, Americans have for weeks been turning out in droves to vote in person in an election that's still eight days away.

Of the more than 60.5 million ballots already cast across the U.S., one-third of them — more than 20 million — were delivered in person, according to the U.S. Elections Project, run by University of Florida politics professor Michael McDonald.

Only 47 million early votes were cast in 2016, making it clear 2020 is on course to set a new mark for voter turnout in the United States.

Voters in the United States are shattering turnout records despite long lineups, fear of civil unrest and the dangers of COVID-19 — and a Canadian company is doing its part to protect Americans from the perils of casting a ballot.

"From what I've seen so far, when we see the polls open for early voting, there's huge lines already," Baldock said.

Many early voters have expressed concerns about whether mailed ballots would arrive in time, or whether they would be counted at all, given President Donald Trump's constant and baseless claims they are a vector for electoral fraud.

"The demand is there to go out and vote in person."

But Glimpse Social needs fuel to run, and it runs on users — users willing to set aside any particular partisan affinity they might feel to help their fellow Americans exercise their democratic right to vote.

"I think it really comes down to everyone that is voting is an American, whether they're on the left or the right," Baldock said.

"In the end, they're all American, and they're in one country that historically has been about the greater good and about lifting everybody up."

Glimpse Social isn't designed to make money, other than to recoup the costs of developing and deploying it. For the next 12 months, any additional revenue will be donated to COVID-19 relief and initiatives focused on racial justice.

"There are certain social apps where all it is is a lot of infighting and misinformation. I want this to be the place where people can go and get the most accurate assessment of what's happening, wherever it is they want to go," Baldock said.

"I want it to be front and centre in the forefront of providing value and positivity, rather than a place where others could be considered to be not so great."

This report by The Canadian Press was first published Oct. 26, 2020.