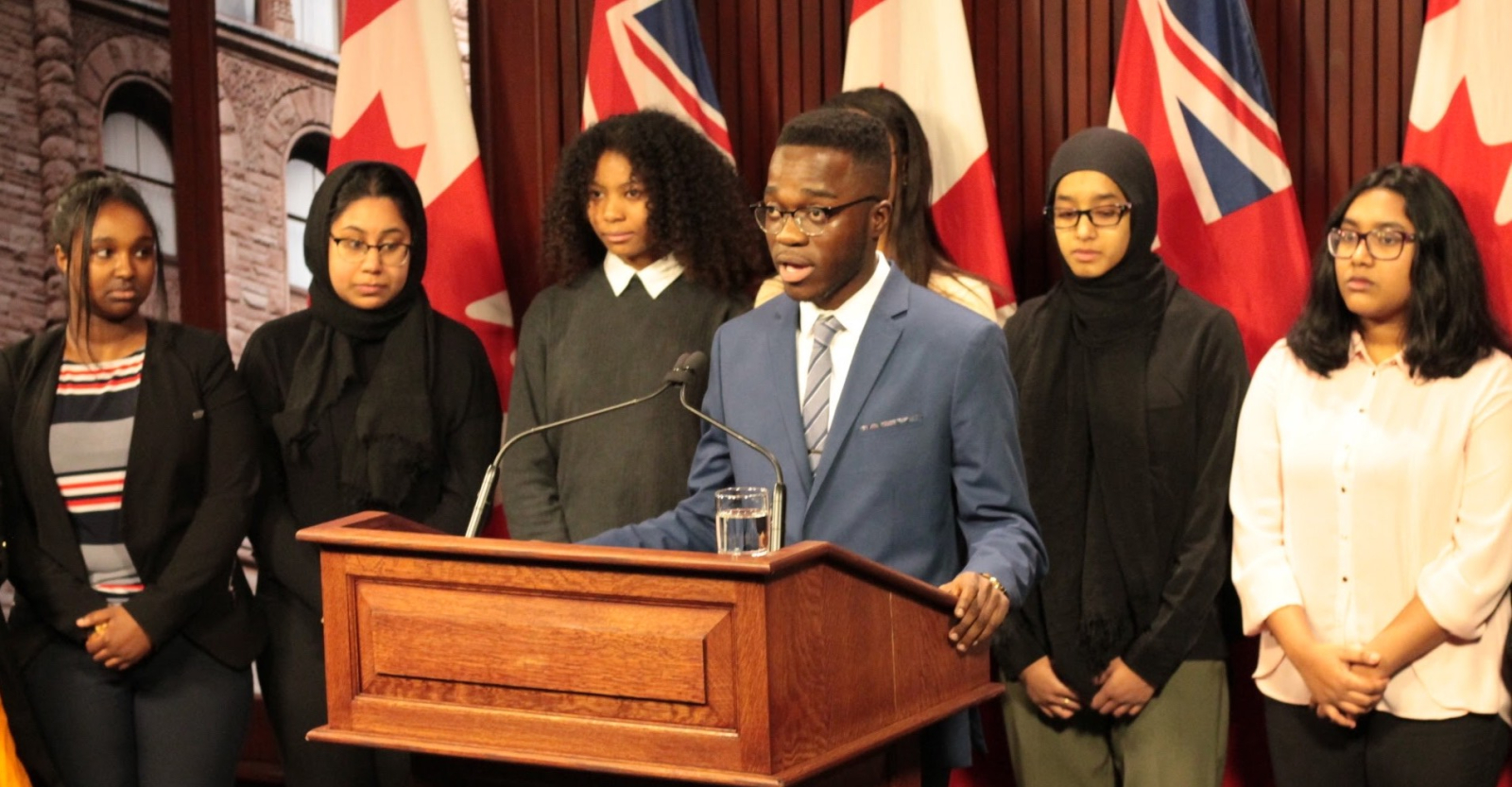 The need to deal with a second pandemic — that of systemic racism in education — is just as urgent as the COVID-19 global health crisis, says one young critic pushing for Ontario’s government and school boards to up their game.

“This is an emergency. We need this to happen ASAP,” said Stephen Mensah, the education lead for the Toronto Youth Cabinet. “What we're asking for, we can’t wait another decade, we can't wait for another government to come to power, we need this to happen immediately.”

For Mensah, that means ensuring all policy discussions — whether about how to reopen schools safely or anything else — must focus on equity.

“What I'm trying to achieve is really bringing people's energy, yes, to keep the conversation going on safe schools and what-not, but to have a focus on equity and let equity be that guiding factor in regards to all the discussions that they are having,” he said in an interview.

The cabinet — and a string of groups that added their names to a letter it is sending to the province’s education minister on Tuesday — wants urgent action and accountability to address anti-Black and anti-Indigenous racism entrenched in educational institutions.

Mensah points out that such racism is evident in the struggles of mostly racialized students to get the necessary technological tools to access education since the pandemic.

“Equity and anti-racism, sadly, hasn't been the focus of discussions, however, it is one of the strongest things that impacts students, I’d say, right now,” said Mensah, whose role on city council’s youth advisory body means he often speaks with peers in Toronto and the wider Greater Toronto Area.

The letter addressed to Education Minister Stephen Lecce demands a revision of curriculum to introduce mandatory teaching on residential schools, treaties and Indigenous Peoples’ historical and contemporary contributions to Canada throughout elementary and secondary school, per recommendations of the Truth and Reconciliation Commission’s 2015 report.

@StephenMensah_ and the rest of the @TOYouthCabinet want to make sure the province and its school boards don't forget the anti-racism work they need to do despite — and because of — COVID-19. #OntEd #onpoli

It also wants the revision to reflect the contributions of Black individuals to Canada, and not just the country’s history of enslavement and disenfranchisement.

The cabinet has conceded to the government’s argument that some of its school boards would be unable to collect race-based data before the provincial deadline of 2023, but it wants them to at least start the work by the end of 2021.

It also wants an end to all streaming in grades 9 and 10 by 2023 and the winding down of programs that put police in school settings.

Streaming pushes a disproportionate number of Black youth away from university, and police in schools worsens a school-to-prison pipeline for Black and Indigenous students, the letter said.

Mensah says friends working on policy issues with the Education Ministry tell him that “the discussions are constantly happening.”

“But there's no urgency,” he says. “I do believe that discussions are being held, but it's a question of urgency. Are they taking their precious time, so to speak, or are they really trying to get this done quickly?”

Mensah said one quick step the government could take is to apply the 27 directives Lecce issued to the Peel District School Board earlier this year to address systemic racism to all the boards in the province.

“That's something they can do immediately,” he said.

Mensah and cabinet executive director Michael Manu have been hustling for months to gather support for the letter, he said, and were proud to build a coalition behind their youth-led initiative that includes the province’s human rights commission and one of its four main teachers unions, the Elementary Teachers’ Federation of Ontario.

But while it also has the support of the Ontario Federation of Labour, three other big teachers unions were notably absent.

“We need solidarity. We need all of these stakeholders in education to come together and to speak a clear, concise, unified message,” Mensah said, stressing his focus on bringing everyone together.

“If we don't have unity in regards to this issue (addressing racism), then we're not going to get the true results that we want,” he said.

Other signatories include the Urban Alliance on Race Relations, the city’s Confronting Anti-Black Racism unit, the Ontario Black History Society, Ontario Alliance of Black School Educators and 11 other parent, teacher and student groups.