America's election could impact immigration to Canada next year 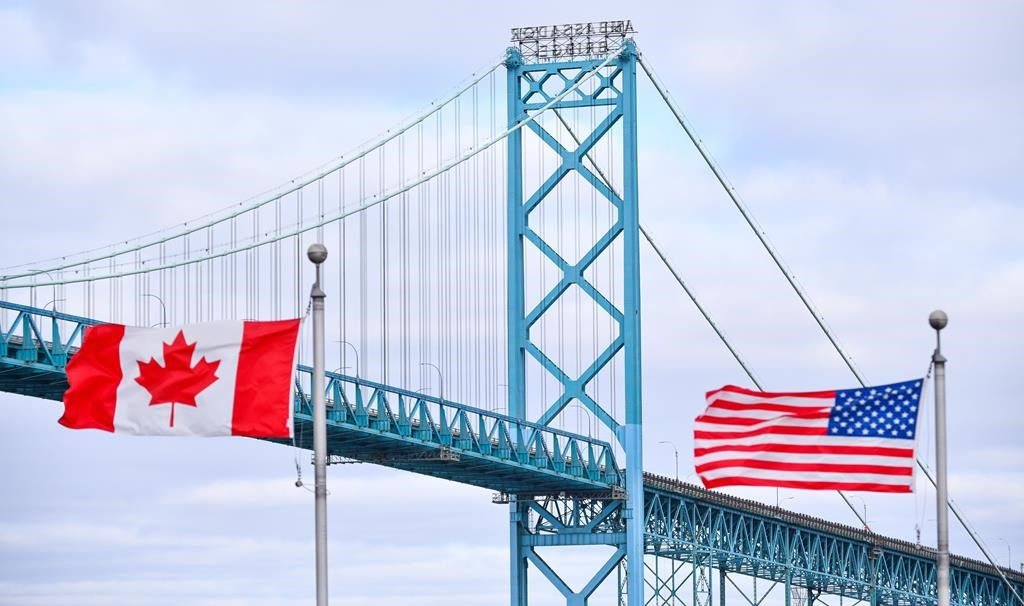 Canadian and American flags fly near the Ambassador Bridge at the Canada-U.S. border crossing in Windsor, Ont., on Saturday, March 21, 2020. THE CANADIAN PRESS/Rob Gurdebeke
Previous story
Next story

OTTAWA — After four years of Canada positioning itself as a more welcoming destination than the U.S. for new immigrants, the upcoming presidential election could change that dynamic.

But as the Liberal government prepares to lay out its immigration targets for the coming year, the domestic discourse on the issue appears to be changing as well.

A new poll by Leger and the Association for Canadian Studies suggests Canadians are feeling skittish about any planned increases to immigration next year, after months of low numbers of new arrivals due to the COVID-19 pandemic.

Fifty-two per cent of those polled this week say they want the levels to stay low for the next 12 months, a figure that can be pegged to the pandemic, said Jack Jedwab, the president of the Association for Canadian Studies.

"When health authorities are telling you that one of the principal causes of the virus is migration — they’re not saying international migration, just people moving in general — and they are telling you not to go abroad, you’re going to conclude to some degree that immigration carries a risk right now," said Jedwab.

The survey polled 1,523 Canadians between Oct. 23 and Oct. 25. It cannot be assigned a margin of error because online surveys are not truly random.

Border closures, civil servants working from home, flight cancellations and vanished job opportunities have all had an impact on the immigration system: estimates suggest that as of August, immigration levels were down 43.5 per cent versus last year and the government’s plan to welcome 341,000 newcomers in 2020 is out the window.

While the Liberal government has maintained a pro-immigration stance throughout and has begun easing restrictions on who is allowed into Canada, what the Liberals think immigration overall could look like next year will be clearer later this week.

Despite some Americans’ "If Trump wins, I’m moving to Canada" line, the U.S. election might not affect the total numbers for new arrivals.

But it could affect the demographics of who arrives.

Upon assuming the presidency in 2017, Donald Trump immediately moved to impose restrictions on immigration, and Canada’s messaging immediately went in the other direction.

The #USelection might not affect the total numbers for new arrivals to Canada — but it could affect the demographics of who arrives. #Election2020

Meanwhile, Trump’s travel bans on certain countries, crackdowns on temporary visas issued to citizens of others, and efforts to make it harder for highly skilled workers to get visas would go on to have a trickle-up-to-Canada effect.

How so became tragically clear earlier this year when Ukraine International Airlines Flight PS752 was shot down just after taking off from Tehran.

Upwards of 130 people on the flight were headed to Canada. With Iran on the U.S. blacklist, the Iranian diaspora in Canada had swelled.

The tech sector as well began actively promoting Canada as a place to move as the U.S. made it harder for skilled workers to get visas.

A study earlier this year by the international real estate company CBRE concluded that Toronto had seen the biggest growth in technology jobs in the last five years, outpacing hot spots like Seattle and San Francisco.

How far is hard to know: Trump made a lot of changes, he said.

"It’s going to take a major effort to go through them one by one and make changes and there may not be political will to reverse them all," he said.

But there is one area where there could be a quick change.

Since 2017, nearly 60,000 people have crossed into Canada from the U.S. at unofficial border points to seek asylum in Canada.

The reason is the Safe Third Country Agreement, which doesn’t allow for asylum claims at land border points, on the grounds that both countries are safe, and someone must ask for refugee status in the first safe country he or she reaches.

Canada has been trying to renegotiate, and if there’s a change in power, the dynamics of those talks could shift as well.

On the other hand, points out Griffiths, it could also result in the number of people seeking to cross into Canada that way declining markedly. One "push factor" sending asylum-claimants north has been a U.S. crackdown on visa renewals by people from certain countries.

The political dynamic in the U.S. will always have a strong and vocal anti-immigrant component that doesn’t exist at the same level in Canada, Griffith said.

If Trump loses, the more "outrageous" aspects of his approach might disappear, he said.

"A Biden administration would reduce the strength of the Canadian advantage that we had in all our messaging, but it won’t completely eliminate it."

This report by The Canadian Press was first published October 27, 2020

From Canada comes an app to ease America's voting anxiety

A ‘perfect storm’ of pre-election uncertainty along the U.S.-Canada border