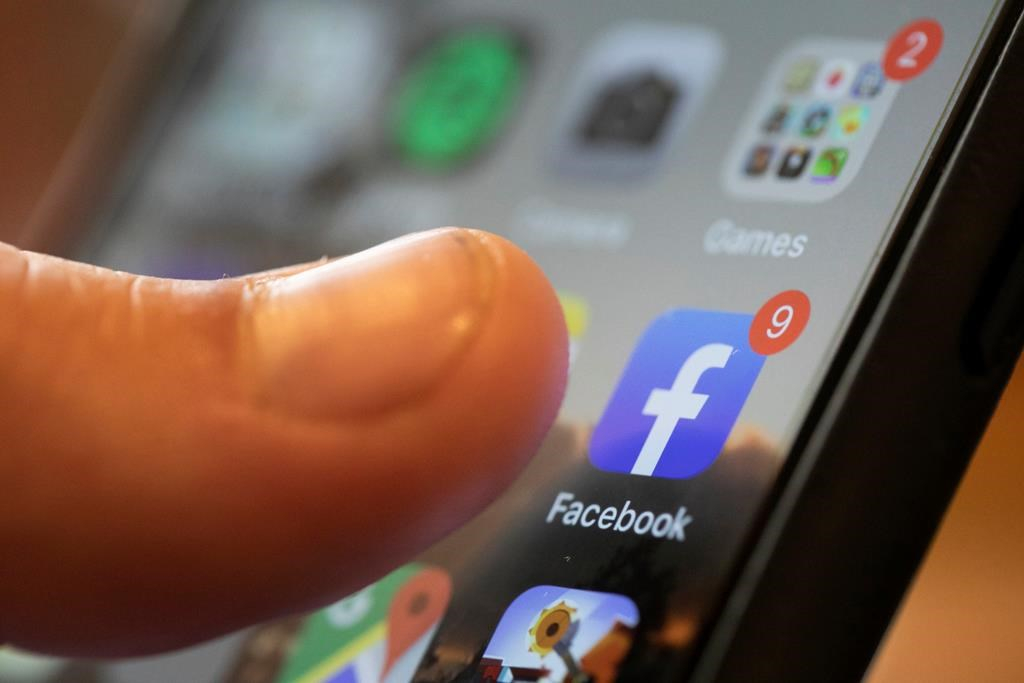 An iPhone displays the Facebook app in New Orleans on Aug. 11, 2019. File photo by The Associated Press/Jenny Kane
Previous story
Next story

Two Facebook users are seeking damages on behalf of hundreds of thousands of Canadians whose personal data may have been improperly used for political purposes.

It also seeks $1,000 for each of the approximately 622,000 Canadians whose information was shared with others through a digital app.

The probe followed reports that Facebook let an outside organization use an app to access users' personal information, and that some of the data was then passed to others.

Recipients of the information included the firm Cambridge Analytica, which was involved in U.S. political campaigns.

The app, at one point known as "This is Your Digital Life," encouraged users to complete a personality quiz but collected much more information about the people who installed the app as well as data about their Facebook friends, the commissioners said.

About 300,000 Facebook users worldwide added the app, leading to the potential disclosure of the personal information of approximately 87 million others, including some 622,000 Canadians, the report said.

The commissioners concluded that Facebook broke Canada’s privacy law governing companies by failing to obtain valid and meaningful consent of app users and their friends, and that it had "inadequate safeguards" to protect user information.

Despite its public acknowledgment of a "major breach of trust" in the Cambridge Analytica scandal, Facebook disputed the report's findings and the commissioners said the company refused to implement their recommendations.

Two Facebook users are seeking damages on behalf of hundreds of thousands of Canadians whose personal data may have been improperly used for political purposes.

As a result, Therrien launched his own Federal Court action in February, asking a judge to declare that Facebook violated Canadian privacy law.

In turn, Facebook asked a judge to toss out the watchdog's finding that the social media giant's lax practices allowed personal data to be used for political purposes.

Facebook has repeatedly said there is no evidence that Canadian user data was shared with Cambridge Analytica.

In their application to the court, however, Benary and Holoboff say they were informed by Facebook in April 2018 that their information "had been disclosed to Cambridge Analytica without their consent."

The two subsequently complained to Therrien's office about the improper collection and disclosure of their information.

In October last year, the commissioner informed Benary and Holoboff they were entitled to pursue their complaints in Federal Court.

The notice of application asks the court to certify the action as a class proceeding and declare that Facebook was obliged to safeguard their information under the Personal Information Protection and Electronic Documents Act.

Facebook has not yet responded in court to the class-action application and did not immediately provide comment on the filing.