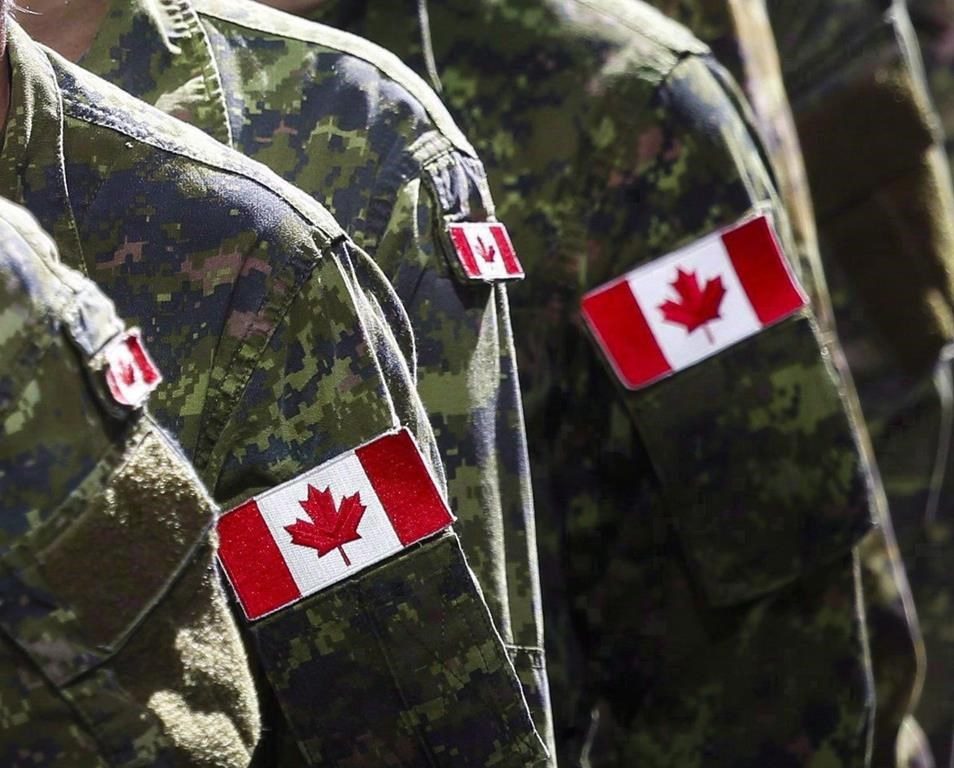 Members of the Canadian Armed Forces march during the Calgary Stampede parade in Calgary, on Friday, July 8, 2016. File photo by The Canadian Press/Jeff McIntosh
Previous story
Next story

The Canadian Armed Forces is preparing to take a close look at its culture as part of its latest plan to eliminate the "wicked problem" of sexual misconduct in the ranks.

The new plan launched Wednesday says the military's efforts to stop inappropriate and illegal sexual behaviour over the past five-plus years has had mixed results — and that changes are needed.

That includes moving from simply supporting victims and punishing perpetrators to changing the parts of the military’s culture that are “contributing to a permissive environment that allowed incidents of sexual misconduct to occur.”

The first step: identifying the various aspects of the Canadian Armed Forces culture, including those parts that need changing to help prevent such behaviour.

“The military ethos of the CAF is founded on respect for dignity of all persons, a principle that is embodied in CAF culture,” reads the new plan, called The Path to Dignity and Respect.

“While the majority of men and women in the CAF perform their duty with honour, the prevalence of sexual misconduct in the CAF clearly indicates that there is a disconnection between the desired CAF culture, and the reality experienced by many members in their day-to-day work.”

That disconnect has been highlighted in a number of reports compiled and released since the military first found itself under fire in 2014 over its handling of sexual assault complaints and other inappropriate behaviour.

A Statistics Canada report released last year found minimal progress in eradicating sexual misconduct in the ranks. The auditor general released a scathing assessment in 2018 that the military was failing to support victims properly and resolve cases quickly.

Reflecting on those and other criticisms, the plan says: “It was clear that the CAF’s previous attempts to address sexual misconduct had not achieved the desired effect, and a more comprehensive and sustained approach to addressing sexual misconduct was required.”

At the same time, the plan describes sexual misconduct as a “wicked problem,” which it defines as one that is extremely complex and with no easy answers.

The Canadian Armed Forces is planning a deep dive into its own culture to eliminate sexual misconduct. #canadianarmedforces #CAF #sexualmisconduct

The military is promising to step up previous efforts to support victims and hold perpetrators to account.

Lt.-Gen. Mike Rouleau, who as vice-chief of the defence staff is second in command of the Armed Forces, says more is needed to ensure real change in the military.

“There's a lot that's been done since 2015,” Rouleau said in an interview with The Canadian Press. “But it was mostly reactive work. It was getting after the immediate, urgent things in the face of this really big problem that we had to deal with.

“Over the course of that time, we kind of got a handle on some of these foundational issues. We got some of the research done. We consulted external experts, and today, releasing The Path, which is this strategy that aligns us culturally, signals a shift from the reactive to the proactive.”

Hence the focus on culture, which Rouleau said includes hammering home the point that there is “zero contradiction” between being “the ultimate soldier” and treating people well.

“They're not mutually exclusive,” he said. “And so this is the message, this is the crux of the issue. There is no machismo and conflict-oriented culture that renders it permissible to treat people inappropriately.

“Anybody who still lives in that arcane space, needs to leave.”