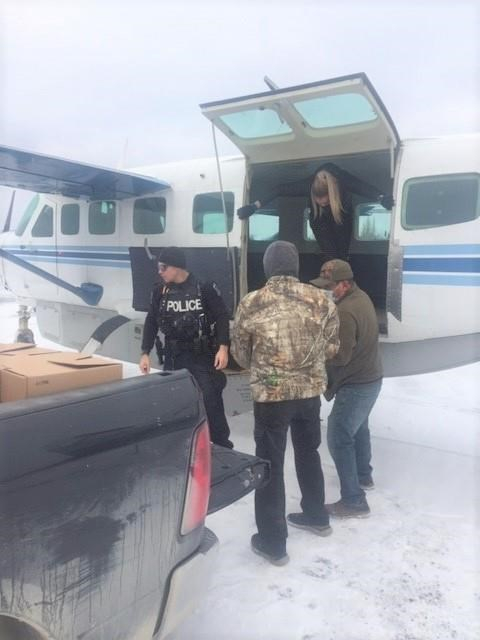 The evacuation of a remote Ontario First Nation over the latest development in a decades−long water crisis has highlighted the need to focus on reserve water infrastructure systems as a whole and involve community members in managing them, observers say.

Training residents to manage First Nation water facilities, ensuring distribution systems function properly, and developing standards for on−reserve water infrastructure are all examples of what can be done to solve the issues such as those experienced by the Neskantaga First Nation, experts and Indigenous officials said.

Neskantaga is subject to Canada’s longest−standing boil−water advisory, which has been in place for a quarter of a century. Residents were evacuated last week −− for the second time since last year −− following the discovery of an oily sheen in the reservoir.

Amid the evacuations, Prime Minister Justin Trudeau walked back his previous commitment to lift all on−reserve boil−water advisories by March 2021, saying the pandemic was behind the delay.

Dawn Martin−Hill, who leads research projects related to water and Indigenous communities at McMaster University and Six Nations of the Grand River, said lifting boil−water advisories looks good on paper, but water access is a larger issue that demands a slate of solutions, including community involvement.

Her researchers are developing a training program for water management that people will be able to follow remotely from their communities, including a virtual reality component.

“This is a government strategy that should have been developed when they started building these water treatment plants. But as I travel the country, that’s what’s desperately needed ... they need people trained and they need access to certifying them,” said the Indigenous studies associate professor.

One of Martin−Hill’s research teams is developing sensors for community members to test water at different stages, she said. Other sensors will be used for digital maps of source water systems.

Local Indigenous knowledge is also underutilized, Martin−Hill said, pointing to some solutions she’s come across in her research like reintroducing Indigenous plants to water sources to help clean the water before it gets to treatment plants.

“As long as we don’t have any kind of standards developed and resources for communities to be able to meet those standards, we will continue to see situations like what we’re seeing now Neskantaga,” Fiddler said.  #cleanwater #CNDpoli

In Neskantaga, Chief Chris Moonias has said the community urgently needs fixes to its water distribution system so residents can have access to running water 24/7.

He has also requested repairs to water−related hardware in homes, the installation of two mobile membrane water treatment units, and a review of the plan to end the drinking water advisory.

Moonias has further called for an investigation into the business practices of contractors and engineering companies that have worked on water treatment facilities in Indigenous communities.

Ottawa has committed to provide $16 million for upgrades in Neskantaga, and has said it will cover the costs related to the evacuation and bottled water for the residents who stayed behind.

Michael McKay, director of infrastructure and housing with Nishnawbe Aski Nation −− which represents 49 First Nations in northern Ontario including Neskantaga −− said there are issues with water infrastructure work done in the 1990s on reserves by outside contractors.

Neskantaga was placed on a boil water advisory shortly after the treatment facility was built early in the decade due to issues with treating the source water, McKay said.

Alvin Fiddler, Grand Chief of the Nishnawbe Aski Nation, said there’s also a need for standards for water on reserves.

“As long as we don’t have any kind of standards developed and resources for communities to be able to meet those standards, we will continue to see situations like what we’re seeing now Neskantaga,” Fiddler said.

But the chief of Grassy Narrows −− which has also been dealing for years with water−related mercury poisoning that Ottawa has committed to building a treatment centre for −− said the community still faces water−related challenges.

Chief Rudy Turtle said the community’s current water treatment plant does not have capacity for the population growth that’s expected over the next few years, and the community needs a new one.

“This is almost like a temporary fix, " he said. "We need a whole new water plant looking into the future.”