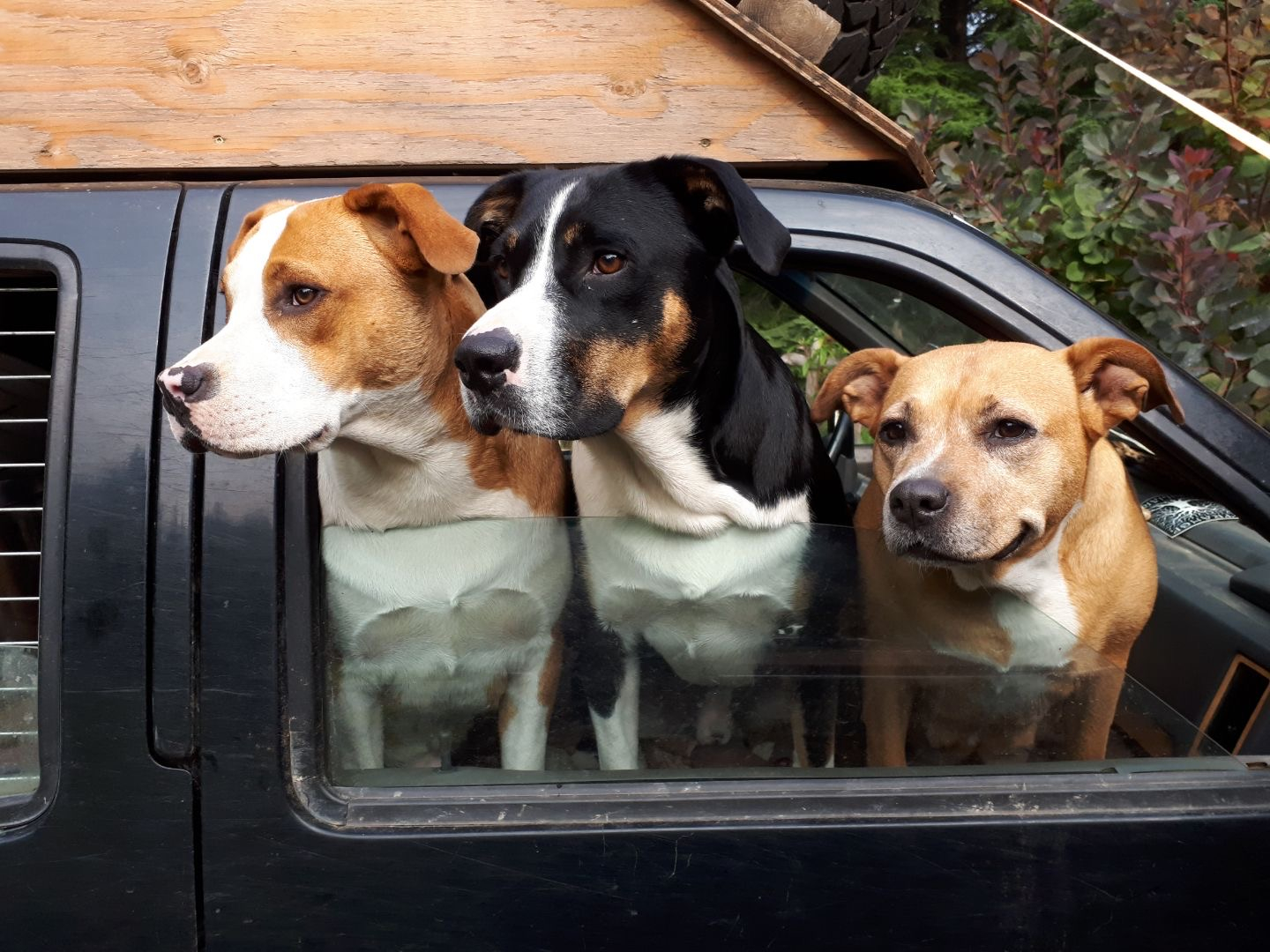 Joe Stone, a professional wild mushroom picker, relies on his dogs to keep away cougars and bears while he's working. Photo by Joe Stone
Previous story
Next story

Were it not for the hippies, Joe Stone would probably still be building houses.

“I was hanging out with a bunch of hippies, and they happened to tell me about the (wild) mushroom camps,” said Stone, who has been picking wild mushrooms professionally since leaving the construction industry about six years ago.

“I (was) like, ‘Seriously, people camp out in the forest and pick mushrooms?!’ I started doing it, and yeah, I just got addicted and haven’t looked back since.”

The B.C. wild mushroom industry is, to put it mildly, unconventional. Harvesting is allowed anywhere on Crown land, though some First Nations have started to control access to their territories. Deals are made in cash, often deep in the bush. The industry is subject to minimal government oversight, and no clear records exist of how many mushrooms come out of the bush, or the industry's value.

However, a 1997 study estimated the global trade in chanterelles was worth roughly $2 billion, while trade data from the European Union indicated member countries imported about $3.5 million worth of chanterelles annually between 1995 and 2005. Pine mushrooms, a delicacy in Japan, netted about $20 million annually from 2000 to 2003.

Mushroom pickers are freelancers, roaming around the province in search of their forest gold. They then sell their harvest to field buyers, most of whom will sell the mushrooms to one of the few large distributors. Those distributors will then sell the harvest on to the export market and, in some cases, restaurants and Canadians. Prices and harvest levels are set by global demand.

“I do fiddleheads in the spring,” he explained. Like mushrooms, the young ferns are sold in supermarkets and to restaurants. “Then I move to fire morels and (they) carry through most of the summer. And then it’ll be lobster (mushrooms), then chanterelles and pines and other (varieties).”

In theory, the system works well. In practice?

“It’s the Wild West,” said Stone, who avoids being photographed — both for pickers, who compete for the best spots, and buyers who operate on a totally free market.

The B.C. wild #mushroom industry is, to put it mildly, unconventional, but professional harvester Joe Stone says he wouldn't trade his job for anything. #ntfp

“(Major buyers will) drive the price down to make as much money as they can ... and let’s just say there’s a bit of bitterness because of the way they take advantage of the pickers.”

That perspective isn’t shared throughout the industry. Jeremy Budd, co-owner of West Coast Wild Foods, one of the province’s largest wild mushroom buyers and distributors, said in an interview with Canada's National Observer that he has harvesters’ best interests in mind when setting prices.

However, he said he operates on a tight profit margin, can't guarantee that his prices will be high enough for pickers to break even and that pickers can always look for other buyers.

Price wars aren't the only challenge Stone and other pickers navigate. The mushrooms are scattered deep in backwoods B.C., where bears and cougars roam over challenging terrain. Finding the fungi is tricky.

“It involves a lot of scouting, a lot of determination, lots of gas, money and energy to find these spots. Hike a little bit further so you can get past where everybody is picking,” Stone said. “I (walk) on average about 15 kilometres a day. There’s a lot of up and down, it definitely keeps you in shape.”

And that’s only half the fun, he said.

“I’m a little more new-school, I use technology. Once I find an area that’s producing, I’ll look at satellite imagery, see what the forest looks like and then cross-reference that with topography and elevation,” he said. Then he’ll look for other mountains in the area with similar topography and forest characteristics and go check the area out. But it’s not the only way to go about finding forest-floor gold.

“A lot of people will just wander around. My least favourite pickers are the ones that will follow you around until you get to your patch, so they can pop in and pick, too,” he said.

Other pickers aren’t the only problem. Satellite imagery is often a year or two out of date, and it’s common for Stone to drive far up a logging road in search of a potentially promising spot, only to find it has been recently clear cut. That’s a devastating loss, he said, because the forest likely won’t be healthy enough to produce mushrooms again for at least 80 years. It’s also an issue that better provincial oversight of the industry could help overcome.

“With more logging going on ... the patches are getting smaller and smaller,” he said. That means a loss of revenue for harvesters, many of whom are from rural B.C. communities.

But since the wild mushroom industry flies under the radar, those smaller patches aren’t accounted for in provincial timber management plans.

After navigating back roads and clearcuts, the remote, difficult terrain where Stone and other pickers work offers its own set of challenges. Stone works with three dogs to ward off cougars and bears, and it’s not uncommon for pickers to go missing or die in the bush. This year alone, there have been several deaths, including a father and son from the Líl̓wat First Nation whose bodies were found this week.

Still, despite the dangers in this forest gold rush, Stone and the other pickers he knows wouldn’t do anything else.

“It’s a way of life. We love it. We love being in the forest, and for me, it’s a job I can do without doing any damage to the environment and just enjoy time with my dogs,” he said.

Sounds to me like the pickers could use a union and maybe a "Wheat Board" style single-desk seller.