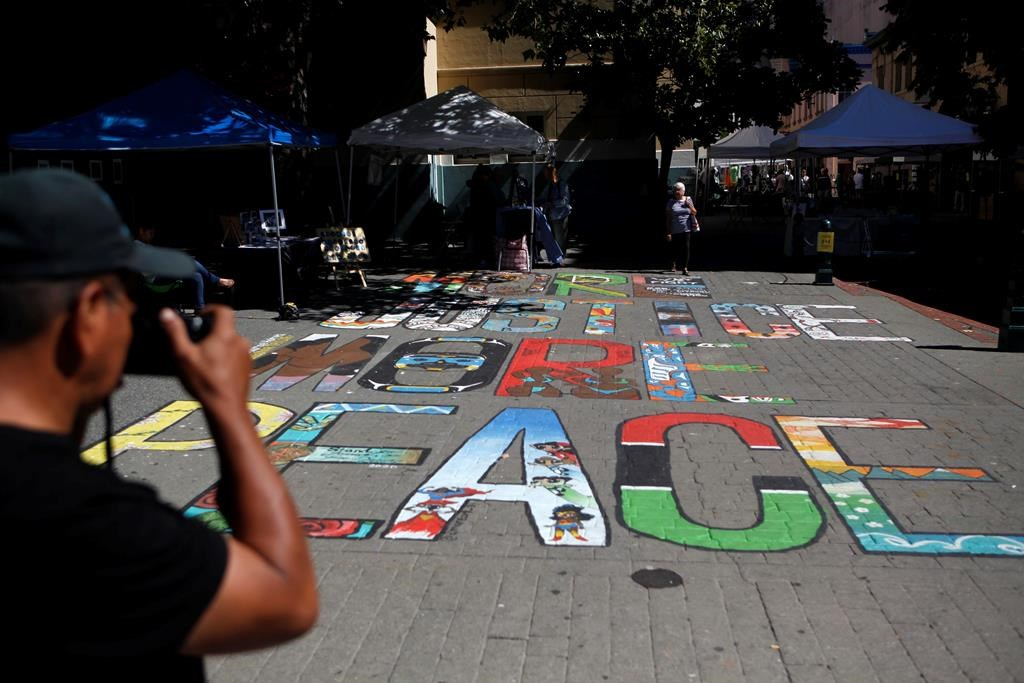 Mayor Lisa Helps says the vandalism of art in public places isn't acceptable after the mural that has been at the centre of a debate over freedom of expression and systemic racism was defaced on the weekend. File photo by The Canadian Press/Chad Hipolito
Previous story
Next story

Mayor Lisa Helps says the vandalism of art in public places isn't acceptable after a mural in Victoria that has sparked a debate over freedom of expression and systemic racism was defaced on the weekend.

The mural in the city's Bastion Square was criticized by the police chief in August because it included the acronym ACAB, which is commonly held to mean "All Cops Are Bastards" or "All Cops Are Bad."

Chief Del Manak said the anti-police slogan was "deeply disrespectful" to those who serve in the police department.

The artists recently removed the acronym that was inside the letter 'S' in the mural.

They also added a message saying the mural had been censored.

The message reads: "This letter has been censored by the City of Victoria influenced by the Victoria Police Department. In doing so, Victoria is contributing to the silencing of Black and Indigenous voices and experiences across this land.''

In a statement on Monday, Helps said she was disappointed by the vandalism, adding that the new language on the mural fits with the city's public art policy "and is a reflection of the artists’ experience of the past few weeks and months."

Victoria Mayor Lisa Helps says the vandalism of art in public places isn't acceptable after a mural in Victoria that has sparked a debate over freedom of expression and systemic racism was defaced. #racism #bcpoli #Victoria

On Friday, Manak expressed his disappointment with the censorship message added to the mural, saying it is "as offensive, if not more so, than the original anti-police rhetoric in the initial artwork."

"In my opinion, the divisive message contained in this artwork is inaccurate, misinformed, and disrespectful," he said in a statement. "It is an affront to the women and men of the Victoria Police Department, who serve our communities with integrity, compassion and honour."

Helps said "difficult conversations lie ahead" for the city.

“We need to recognize power imbalances, recognize systemic discrimination, recognize that right now there is an 'us' and a 'them' with different access to power, to institutions, to jobs, to resources, to economic security."

The mural is the work of 17 artists and is meant to raise awareness of injustices suffered by Black and Indigenous people as well as others.