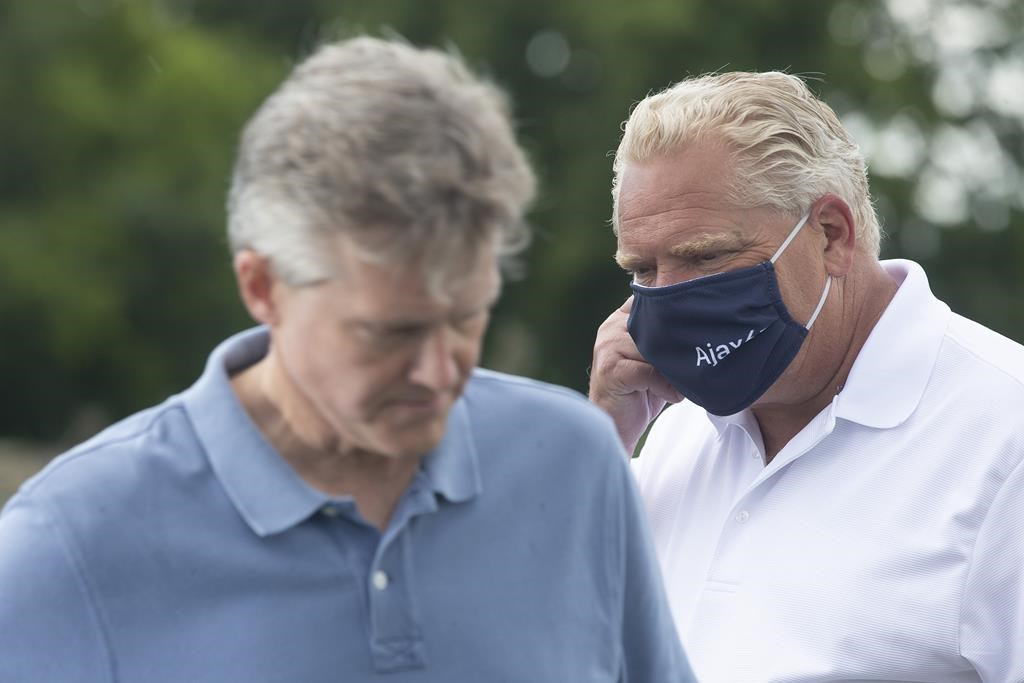 The Ontario government is expected to lay out the next phase of its COVID-19 response as it presents its first budget since the start of the pandemic on Thursday.

The fiscal update it gave instead in March included $17 billion in COVID-19 relief, a projection that was later revised to $30 billion by the end of 2020-2021.

The province also initially predicted a deficit of $20.5 billion, which was later raised to $38.5 billion in light of the additional spending.

The province has already said Thursday's budget will include details of the new standard for long-term care announced earlier this week, which would see nursing home residents receive an average of four hours of daily direct care.

Finance Minister Rod Phillips has said the fiscal blueprint will provide a multi-year outlook that will build on the measures presented in the spring.

"As we all know, COVID-19 has created an unprecedented level of risk to the global economy. So having a well thought out plan is more important than ever," he said earlier this week.

"The next phase of Ontario's action plan will make available every necessary resource to continue to protect people's health going forward, and it will expand the support our government is providing to those still facing financial hardships due to the pandemic."

Premier Doug Ford also vowed last month to spend $9 billion in program spending that has so far not been allocated, after the unspent funding was flagged by the province's fiscal watchdog.

In its report, the Financial Accountability Office noted the money could also be used to bring down what it projects will be a $37.2 billion deficit for 2020-2021.

The watchdog said at the time that the reopening of businesses over the summer had led it to improve its financial outlook for Ontario, with its latest projections showing the province's real gross domestic product will decline by 6.8 per cent this year, rather than the nine per cent it had forecast earlier in the year.

But it said even the improved prediction represents the largest annual decline on record, and warned any future recovery would be hampered if further lockdowns are implemented.

The Ford government has also said it is abandoning its plan to balance the books by 2023-2024, in light of the unprecedented financial demands of the pandemic.

The premier said last month that returning to balance will take place over "a number of years" and be done thoughtfully.

In a statement released Wednesday, the Opposition called for the budget to include immediate relief and sustainable funding for the hospital sector, mass hiring of public health staff to boost COVID-19 testing and contact tracing, and paid sick days for all workers, among other measures.

"It’s clear Doug Ford hasn’t done enough to help people through the pandemic up until now, as he pinches pennies to save a buck and sits on billions of federal dollars. He just doesn’t want to spend the money," NDP Leader Andrea Horwath said.

“Ontario families deserve a budget that invests in keeping them safe and supported during the pandemic, not one that makes cuts to public services in a time of crisis."