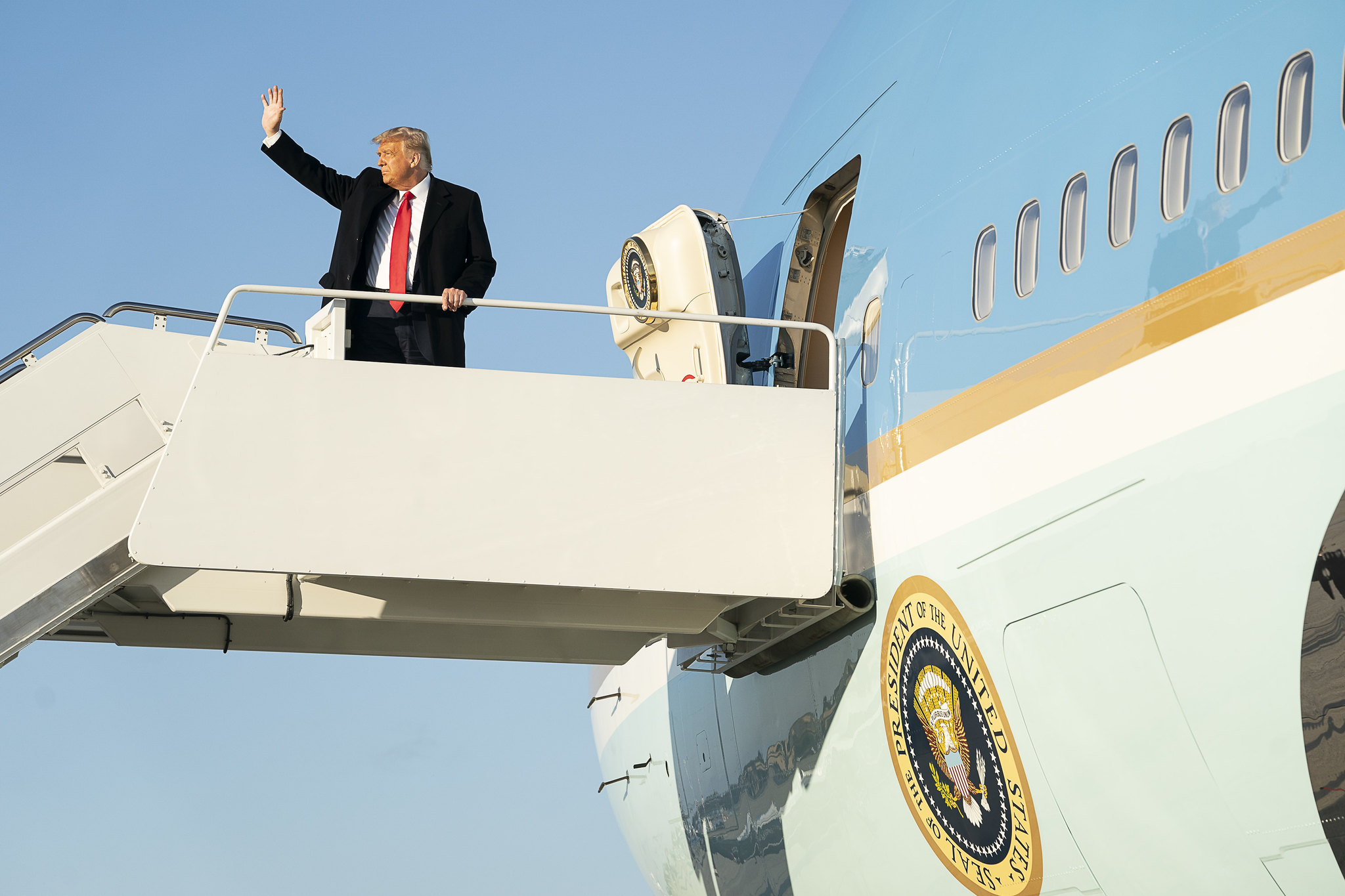 The United States on Wednesday officially became the only country in the world refusing to participate in global climate efforts, with the fate of the crisis hanging on the still uncalled presidential election.

Donald Trump as of Wednesday has withdrawn the U.S. from the Paris climate agreement, an international pact to try to avert dangerous temperature increases that are already leading to more extreme weather and threaten to shrink world food supplies, force millions to flee their homes and deprive many of basic human rights. Trump’s administration set the U.S. exit in motion a year ago, but it didn’t automatically take effect until Nov. 4.

The deal was meant to keep temperatures from rising more than 1.5 C to 2 C above the average before industrialization. Already, the Earth is more than 1 C hotter than it was before industrialization, largely because of humans burning fossil fuels. This last year has demonstrated how the climate crisis will touch the lives of every American, with more heat waves, intense wildfires, record hurricanes, rising seas, floods and droughts.

Trump’s challenger, Joe Biden, would immediately rejoin the agreement and push lawmakers to spend big on green infrastructure to try to reverse the economic downturn from the pandemic.

Should he win, however, Biden’s ambitions may well be stunted by the U.S. Senate, which as of Wednesday morning appeared to be leaning towards remaining in Republican control.

Trump would intensify his quest to expand fossil fuels, undermine climate science and rescind environmental protections. A second Trump term would be a stunning loss to the climate movement and would reverberate around the world.

A Trump win would be a “huge uphill battle” for U.S. climate action, said Kate Larsen, a director at the independent research firm the Rhodium Group.

“It would mean that any progress we will see will come from states and cities and companies that are trying to pick up the slack,” Larsen said. “It will come nowhere close to what is needed, to what we will be able to do with a mobilized federal government.”

The United States on Wednesday officially became the only country in the world refusing to participate in global #climate efforts, with the fate of the crisis hanging on the still uncalled presidential election. #election2020

Pete Betts, the former lead climate negotiator for the EU and the U.K., said global action will continue, albeit at a slower pace without the U.S.

“The big picture is that Paris will continue, come what may,” Betts said. “Although I don’t think anyone will follow Trump, if you’ve got the world’s biggest economy and second-biggest emitter saying it doesn’t want to take action itself — it is a little bit of a dampener on ambition.”

A re-engaged U.S., however, could pressure allies like Japan, Canada and Australia to step up, Betts said. A Biden administration could work with the EU and China to agree on bigger targets. Last month, China announced it would try to zero out its climate emissions by 2060. While China is the biggest current emitter, the U.S. has contributed more climate pollution historically than any other country. A handful of countries have not ratified the Paris Agreement, but the U.S. is the only one to formally leave the deal.

Should Trump get re-elected, climate advocates will be going all in to help states, cities and businesses do more, to get them international recognition and to help them in legal battles against the administration, said Andrew Light, a former U.S. climate negotiator. The “We Are Still In” coalition of non-federal actors committed to climate action believes it could step in where a Trump government would be absent, cutting climate pollution up to 37 per cent below 2005 levels by 2030.

“If Trump gets re-elected and he continues in this direction, the rest of the world’s got to rally around,” Light added. The first test of that will be at a climate conference in Scotland next November.

Biden’s ambitions could be hamstrung if Republicans maintain control of the Senate or even if they hold a strong minority. And even if Biden takes the White House and Democrats control both the House and the Senate, it’s unclear how aggressive U.S. climate policies might be, said Julian Brave Noisecat, director of Green New Deal strategy at the group Data for Progress.

“Climate needs to be seen as part of a political winner for Democrats, rather than a liability,” Noisecat said. If the Senate is nearly evenly divided and the key vote ends up being a moderate Democrat from a fossil fuel state, that lawmaker’s constituents will have outsized influence, he said.

Green spending will be easier to pass than a comprehensive climate bill, but further legislation depends on how the economy fares and what happens in the 2022 midterm elections, he said.

Before the pandemic, the U.S. was nowhere near on track to meet the climate goals it promised other countries. Now, because of depressed demand for gasoline and power, it could cut climate pollution at least 20 per cent below 2005 levels by 2025, according to Rhodium Group. But that is still far from the 26 per cent to 28 per cent cuts the country promised.

Beyond encouraging green infrastructure, Biden could also curb climate pollution through agency regulations. Those rules would be challenged, however, and the now firmly conservative-leaning Supreme Court could have the last say on whether they are legal.

Phil Duffy, president and executive director of the Woodwell Climate Research Center, said the election is also critical to the science the U.S. government conducts and how its experts are perceived, since there has been “an erosion of trust” under Trump.

The one certainty is that we can expect a continuation of a “seemingly unending series of climate-related natural disasters — hurricanes, wildfires and floods that are essentially irreversible,” Duffy said. “But the policies we put in place now will determine how much worse those things get.”