Long Winter ahead will be digital for Toronto DIY youth scene 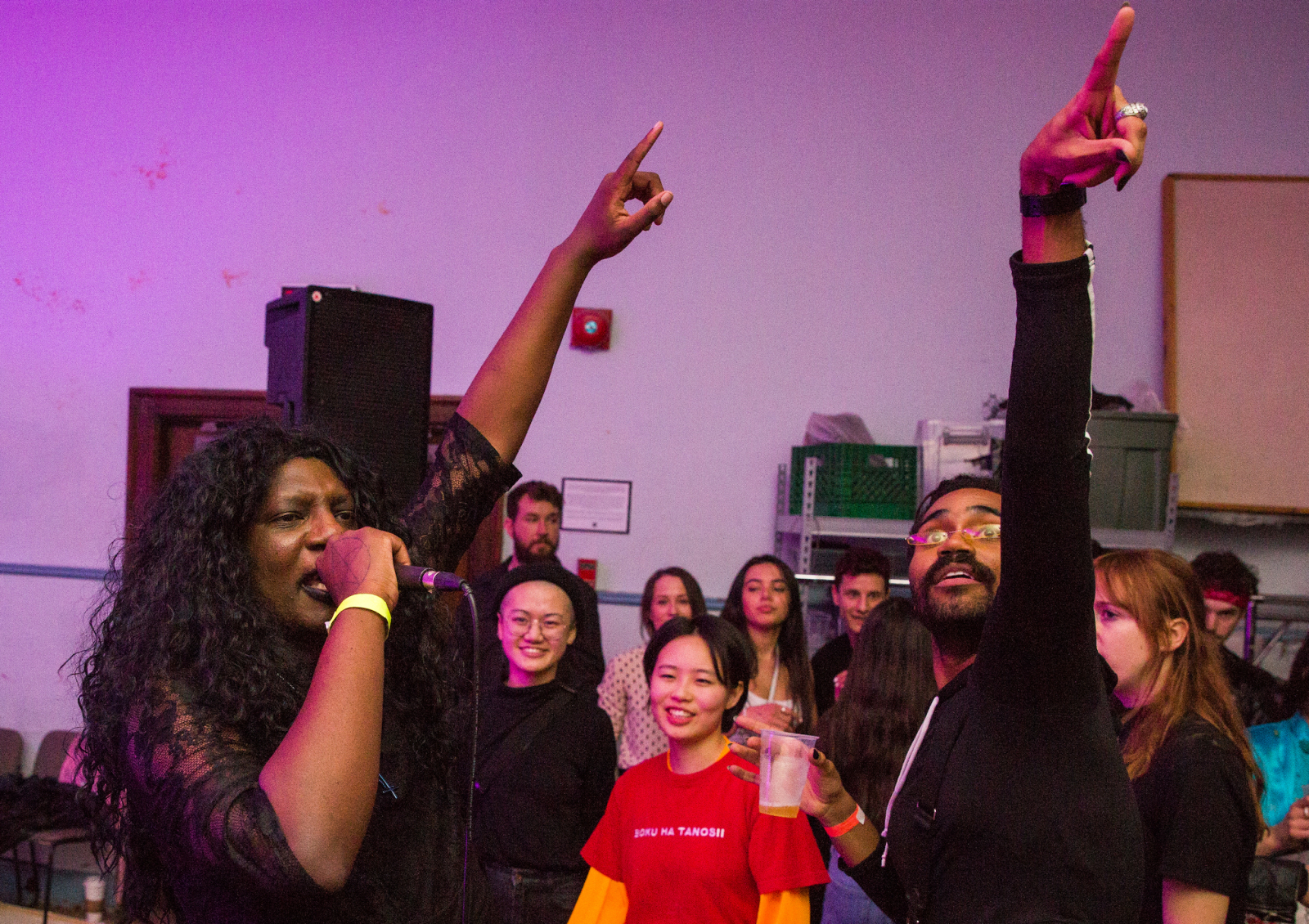 Cross-pollination is one of the big draws of Toronto’s Long Winter, a seasonal all-ages arts series that must now seek to replicate in digital form what grew organically out of its prior extravaganzas.

“In normal circumstances, our goal is to gather as many different acts as we can, to get as much cross-pollination between different communities and audiences in the city as we can,” said Amy Gottung, long-time member of the collective and its current executive director.

“We get everyone in one big building, we have different bands perform on different floors; it's kind of like a big, giant, messy, choose-your-own-adventure extravaganza where you can wander between stages and hear a hip-hop act followed by an electronic act followed by a post-punk act,” she explained.

“Then we have art throughout the building tying things together, whether it be a wandering performance art piece or a dance installation or video games, interactive work by local designers or projections for the stages,” Gottung added, noting the eighth year of the monthly pay-what-you-can events drew between 600 and 900 people each.

“Really anything goes,” she says, laughing. “And the idea is that we are, simply through density, bringing larger audiences for individual, more niche scenes than they might be able to generate on their own.”

But these are not normal circumstances, and the vital connection the series offers young people to DIY and underground youth subcultures and each other in a typical long Toronto winter is now both more necessary and more difficult to achieve.

“We are social animals, we benefit so greatly in ways that we do, and I think, in a lot of ways that we don't understand, from seeing each other and standing close together and raging or celebrating or getting weird at live performances, especially music performances,” she said.

The ninth season of @LongWinterTO will be a little different than all that came before, with the DIY and underground art series leaning into the digital realm COVID-19 has imposed.

Aware that some of Long Winter’s benefits can’t be replicated outside their in-person context, the collective is leaning towards the possible, with a focus on what might work in a digital/video realm.

But the mostly volunteer-run alternative safe space, which expanded to Paris for two days of programming last year, will otherwise stick with the modus operandi that has worked thus far, Gottung said, which is to “throw out the best of what we can and see how it goes and iterate from there.”

In this endeavour, they will be drawing on the talents of collective member Colin Medley, an accomplished videographer and director who has created scores of music videos for Canadian musicians, to collaborate with interested artists.

"As far as a particular energy, we really just want to capture the feeling of being at an actual in-person Long Winter event, where you might see and hear things that you wouldn't normally come across," he said. "I always feel like Long Winter is a space for anyone, whether it's a musician, artist, dancer, etc. to experiment and try out new ideas."

Long Winter TV is currently accepting submissions (the first-round deadline is on Friday), and Gottung hopes Medley can help “reconfigure a program that is video-focused” by helping the many local artists and live performers trying to pivot to digital.

“Some things work well in digital media, and we’re trying to exploit that as much as possible,” Gottung said, by pulling together professional crews and asking artists to present their work “so that the medium is not an afterthought, but we’re actually playing to the medium.”

A recap of a Long Winter event from last season. Video by Colin Medley, music by Korea Town Acid

Gottung said that while Long Winter doesn’t yet know what volume and type of submissions it will be working with, the plan is to release a series of concert films of different musical styles and performances edited with other art such as animation and interspersed with comedy bits, ideally launched with some form of live, online element.