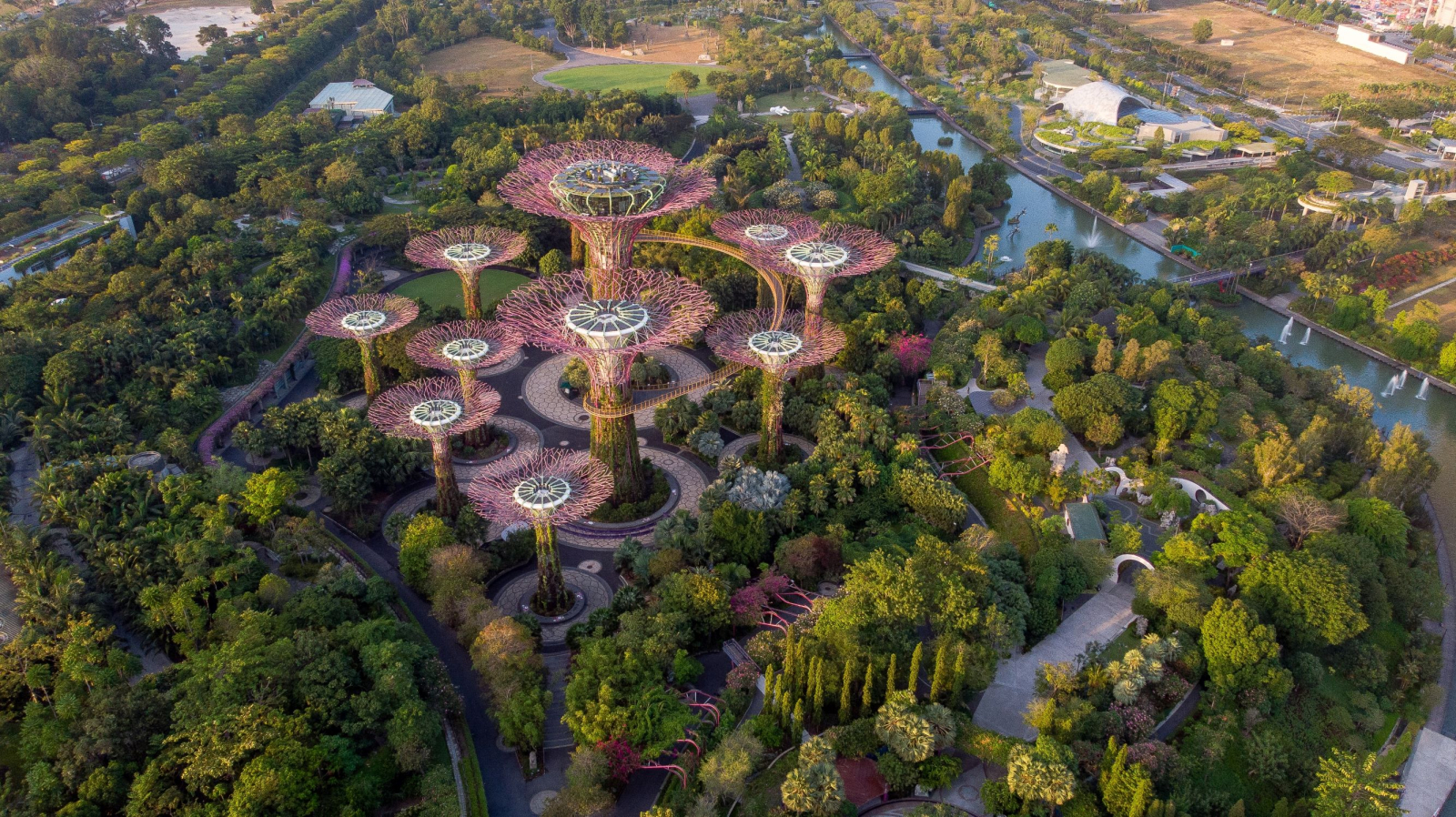 Gardens by the Bay nature park in Singapore. Photo by Sergio Sala
Previous story
Next story

In 2019, TransLink was awarded the Outstanding Public Transportation System Achievement Award, which recognized the transit system as the best in North America. This was a surprise to me because I dread my commute.

With the countless minutes I’ve spent waiting for and riding public transit, I want to be able to move through Vancouver feeling connected to the city and its environment.

To many travellers, a bus stop or a train station is merely a place to wait for the next available ride. But what if transit infrastructure was viewed and valued as an integral part of the city that affected the lives of its residents and visitors?

I imagine a towering lush and vibrant forest just minutes away from the station where I stop after a long day. The sound of birds and the chatter of people would echo, reminding me that I am surrounded by nature and community. Singapore is a city where this actually happens.

As the train system expands and more bus lines are added, it’s imperative that green space is incorporated into shared public space to connect transit riders and city residents to the environment.

TransLink spans multiple municipalities in Metro Vancouver and has a huge annual operating budget of $1.36 billion. It needs to be a shared responsibility of TransLink and its corresponding municipalities to address the absence of green space integration in their infrastructure throughout the region.

TransLink provides grants to municipalities for major road network and infrastructure improvements. Since 2017, $129 million has been invested in 215 projects but a vast majority is focused on cycling and pedestrian projects.

Transit systems across the country have taken a huge hit to their ridership during this pandemic and are struggling just to keep their operations running. However, this provides an opportunity for them to take a look at their spending and how they can restructure their budgets in the future.

There must be more budget allocation for green transit infrastructure. Every bus stop could use at least one tree. TransLink needs to advocate for green space incorporation when consulting with cities regarding infrastructure expansion and planning.

Vancouver’s Urban Forest Strategy aims to plant 150,000 trees between 2010 and 2020 under a set of twelve principles; none of which touch on the importance of trees in connection to the public.

Not only do trees and green space provide extensive environmental benefits, but they greatly enhance the lives of those who access them. Research has shown that citizens who grow up with minimal amounts of surrounding green space have up to a 55 per cent increased risk of developing mental health disorders.

According to the City of Toronto’s Medical Health Office Staff Report, improved health and wellbeing attributed to green space can also result in more social cohesion as residents become further connected to the spaces where they interact.

This research can be applied far beyond the simplicity of adding trees to bus stops. The integration of green space within transit infrastructure like in Skytrain stations and bus loops would create immense positive change in the experience of transit riders.

This is especially true in times of increased social isolation for residents. Added green space in our post-COVID city could boost community-building and connection that might have been lost during the pandemic.

TransLink is focused on reducing carbon emissions and utilizing renewable energy as shown in their corporate sustainability commitments.

But it makes minimal attempts to incorporate greener infrastructure into its sustainability model while other cities in Canada and around the world are taking a more proactive approach.

Singapore’s Mass Rapid Transit (MRT) System is looking to further expand and increase reliability in response to anticipated growth in the city. Parks like Gardens by the Bay and the Singapore Botanic Gardens are easily accessible by their MRT system. Further development consultation is continually circulated around how to expand their system whilst highlighting the greenery in the "garden city."

Green space can be incorporated in a multitude of ways, some simpler than others. Feasible and cost-effective actions like planting trees supports initiatives that encompass what transit goals should be: multifaceted pillars of sustainability where public health and environmental and social sustainability are maintained.

TransLink needs to integrate green space into the public sphere because to be the “greenest” city, it must cement connections between people and the planet as residents move around the city. It must be more intentional and include greenery into the infrastructure they build and approve.

Transit infrastructure is an integral part of the lives of Vancouverites and undoubtedly frames the fabric of the city. It’s time for TransLink and Metro Vancouver to connect city residents to nature through public transit. As the climate clock rapidly ticks away, the value that nature offers to our spaces must be recognized and utilized now.

It's a good goal. To be fair

It's a good goal. To be fair, though, there are actually quite a few skytrain stations that look kind of like that Toronto example, only with bigger trees. Some of the stations in Burnaby between Lougheed and Brentwood are pretty green, there's the one right by Central Park, and a couple around Royal Oak are pretty parklike. Even Burrard station has that little bit of parklike stuff when you come up from underground.