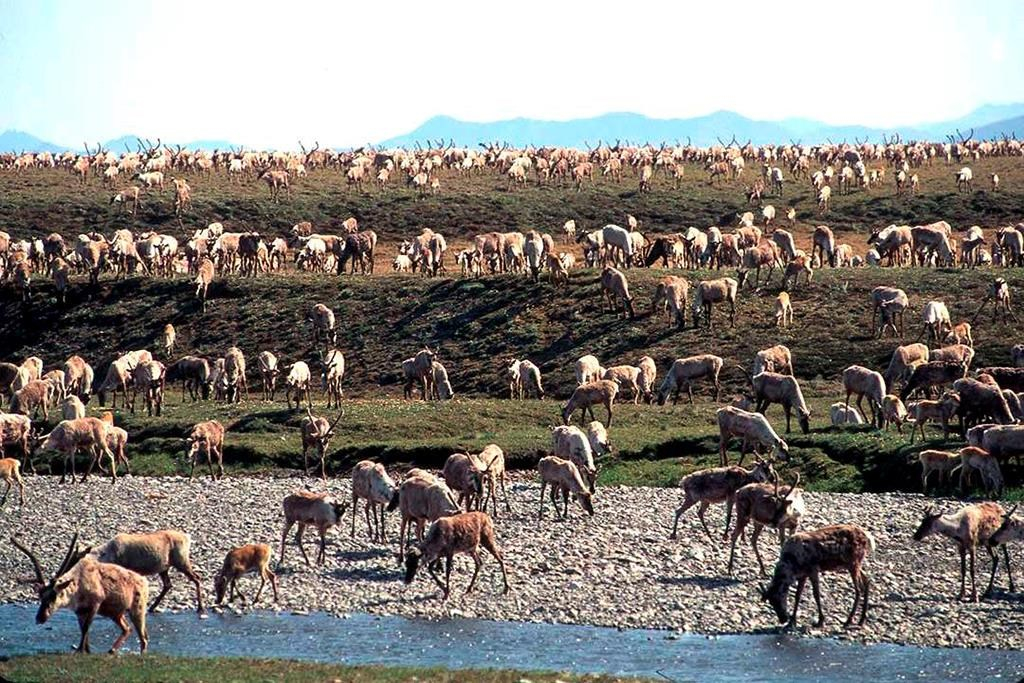 In this undated file photo, caribou from the Porcupine caribou herd migrate onto the coastal plain of the Arctic National Wildlife Refuge in northeast Alaska. File photo by The Associated Press/U.S. Fish and Wildlife Service
Previous story
Next story

A huge new archive of how animals move across the Arctic from season to season gives the clearest picture yet of how species from eagles to caribou are evolving in the face of climate change and hints at why some of them are in decline.

"This is evolution," said Mark Hebblewhite, a University of Montana biologist who's one of 148 co-authors of the study published Thursday in the journal Science.

"These are just as much evolutionary responses to climate change as environmental changes."

The paper combines — for the first time, the authors say — millions of data points on thousands of animals from different herds, flocks and 96 species into one archive.

"Oftentimes, people study this herd or that herd," said Hebblewhite.

"They look at climate effects on one population at a time. It's very difficult to see the forest for the trees. We've pulled together data on dozens of populations across the entire Arctic for up to 18 years."

The results confirm one thing that has been suspected for years, said Hebblewhite. As the Arctic warms, caribou cows are giving birth earlier and earlier — up to more than two weeks sooner for some herds.

It means something has changed in the internal wiring that governs when caribou young are born.

A huge new archive of how animals move across the Arctic from season to season gives the clearest picture yet of how species from eagles to caribou are evolving in the face of #climatechange and hints at why some of them are in decline.

Similar changes are appearing in other animals. Some golden eagles now show up at their summer nesting grounds more than a week earlier than they did at the start of the archive's records.

The good news, he said, is that the archive shows animals are able to evolve fast enough to keep up with climate change in the Arctic, which is happening faster there than anywhere else on Earth. The bad news is that not all parts of the Arctic environment are evolving that quickly, throwing the delicate timing of life in the North out of whack.

Caribou adapted to calve at the same time as nutritious plants begin to sprout on the tundra. What happens if the calves arrive before the food their mothers need?

"We don't know if that's good or bad yet," Hebblewhite said.

It may, however, be the underlying reason why caribou numbers are plummeting.

"What do we see across the Arctic? We see some of the lowest calf survival in barren ground caribou that have ever been recorded. It has to have something to do with climate and this may be the smoking gun."

Preliminary results suggest the same phenomenon is at work in animals such as bears and wolves, Hebblewhite said.

The archive already shows that wolves and black bears aren't moving as much in the summer as they used to, while moose are moving more.

The archive will allow researchers to be much more certain about how animal movement in the Arctic is changing in response to its climate.

"How do you tell if something changes?" Hebblewhite asked. "For that you need time. You need an archive of what animals did 10, 20 years ago.