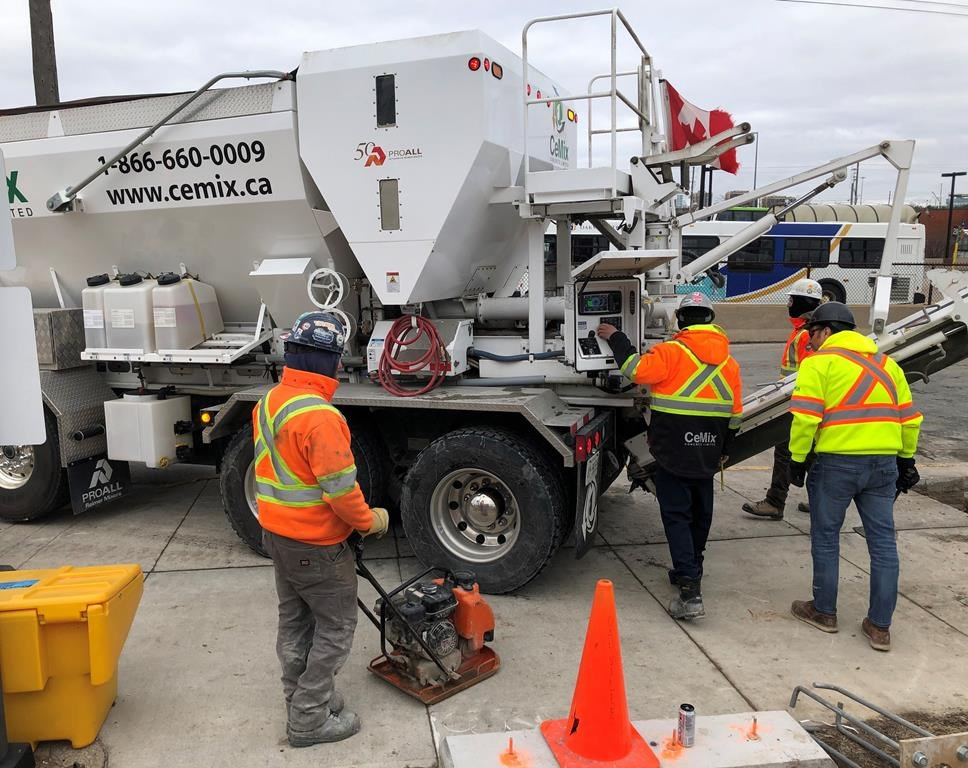 OTTAWA — Nearly one−quarter of Canada’s unemployed have been without work for six months or more, with Statistics Canada reporting a spike in their numbers in October even as the economy eked out another month of overall job growth.

Nearly 450,000 were considered long−term unemployed last month, meaning they had been without a job for 27 weeks or more, with their ranks swelling by 79,000 in September and then 151,000 more in October.

Long−term unemployed now make up 24.8 per cent of Canada’s unemployed, who numbered 1.8 million in October, as the wave of short−term layoffs in March in April rippled into the fall.

The jumps in September and October are the sharpest over more than 40 years of comparable data, and have pushed long−term unemployment beyond what it was just over a decade ago during the global financial crisis.

More men than women have been out of work for an extended period, and younger workers make up a larger share of the ranks of the country’s long−term unemployed than they did in the last recession.

"As the pandemic lingers, and vulnerable sectors like food services continue to struggle, it’s really going to be tough to get back to normal," said Brendon Bernard, an economist with job−posting site Indeed.

"And in the meantime, that’s going to mean definitely struggles for people who’ve been working in parts of the economy that are severely affected."

The longer those people are out of work, the more difficult it will be for them to find a new job. And for those that do, research has shown a drop in their earnings as they settle for less than they had before.

Some older workers may simply decide to retire. Younger low−wage workers in hard−hit service sectors will have to find new work as part of a reshuffling of the workforce that could take years to play out.

"As the pandemic lingers, and vulnerable sectors like food services continue to struggle, it’s really going to be tough to get back to normal," said Brendon Bernard. #COVID19 #newnormal

The pace of job growth slowed in October as the economy added 83,600 jobs in the month compared with 378,000 in September, Statistics Canada said Friday. The gains marked the sixth straight month of gains after three million jobs lost over March and April when the pandemic first hit Canada hard.

The unemployment rate was little changed at 8.9 per cent compared with nine per cent in September.

The overall gains were the smallest since economies were allowed to reopen after lockdowns, noted TD senior economist Sri Thanabalasingam.

Job increases were found across several industries, including retail.

Most of the gains too were in full−time work, with core−aged women benefiting the most to bring their unemployment rate to 6.6 per cent, the lowest among the major demographic groups tracked by Statistics Canada.

But those gains were partially offset by a decrease of 48,000 jobs in the accommodation and food services industry, largely in Quebec, Statistics Canada says.

More Canadians were also working at home in October, coinciding with a rise in case counts of COVID−19.

"It seems like employment readings are destined to ebb and flow over the coming fall and winter months, as governments try to adjust activity in attempts to contain the virus," he writes in a note.

Statistics Canada says the unemployment rate would have been 11.3 per cent in October had it included in calculations the 540,000 Canadians who wanted to work last month but didn’t search for a job.