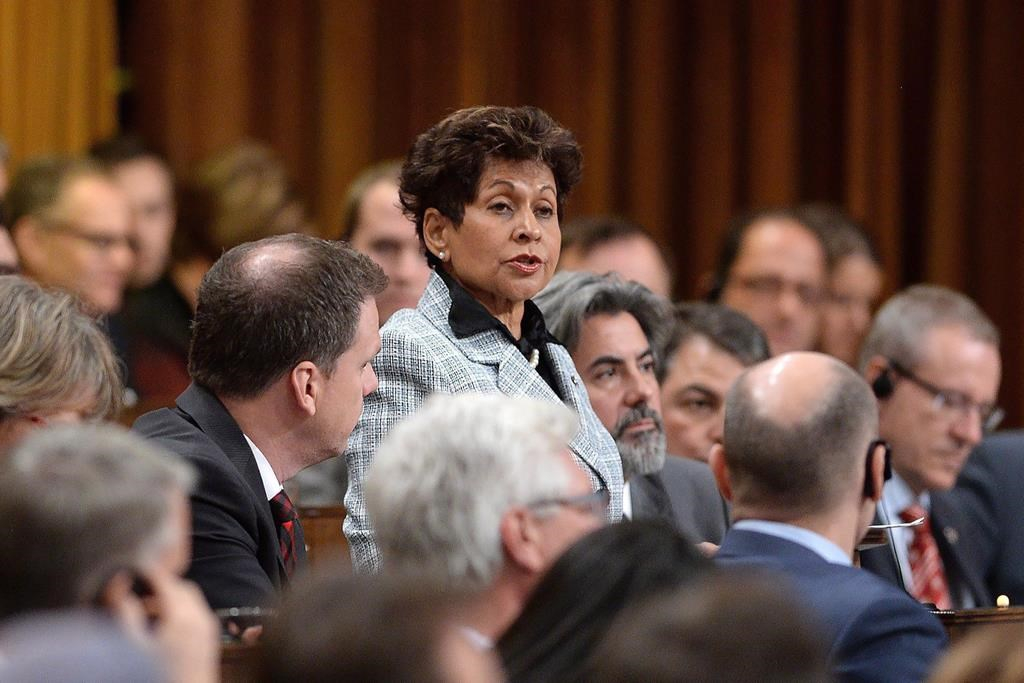 Liberal MP Yasmin Ratansi delivers a speech prior to the vote for the election of a new Speaker to preside over the House of Commons on Parliament Hill in Ottawa on Thursday, Dec. 3, 2015. THE CANADIAN PRESS/Sean Kilpatrick
Previous story
Next story

Ratansi said Monday she’s leaving the Liberal caucus after admitting she employed a relative at her constituency office.

Speaking at a news conference in Ottawa, Trudeau said Ratansi’s behaviour is unacceptable and he expects a thorough followup by the House of Commons administration.

Ratansi, who represents Don Valley East, said in a statement posted to Facebook Monday night that she "made an error’’ by employing her sister.

Ratansi said in the post that she had informed the Prime Minister’s Office as well as the Speaker.

She apologized to her constituents and said she intends to continue representing the riding as an Independent.

"We need to know that there are strong rules in place to ensure that (MPs) behave properly," Trudeau said Tuesday. He said he learned of the apparent nepotism on Monday.

"We always expect the very best of all of them, in our party and all parties. We will continue to hold that high standard."

"Liberal MP Yasmin Ratansi knew it was wrong to employ her sister with taxpayer dollars, yet she went to great lengths to cover up this information," said Barrett in a statement.

The issue has been referred to the ethics commissioner and Ratansi said she is waiting to hear his recommendations.

Ratansi has represented the Ontario riding since 2015, and previously held the riding from 2004 to 2011.

This report by The Canadian Press was first published Nov. 10, 2020.