Tea Base shuts doors, but spirit of basement art space lives on 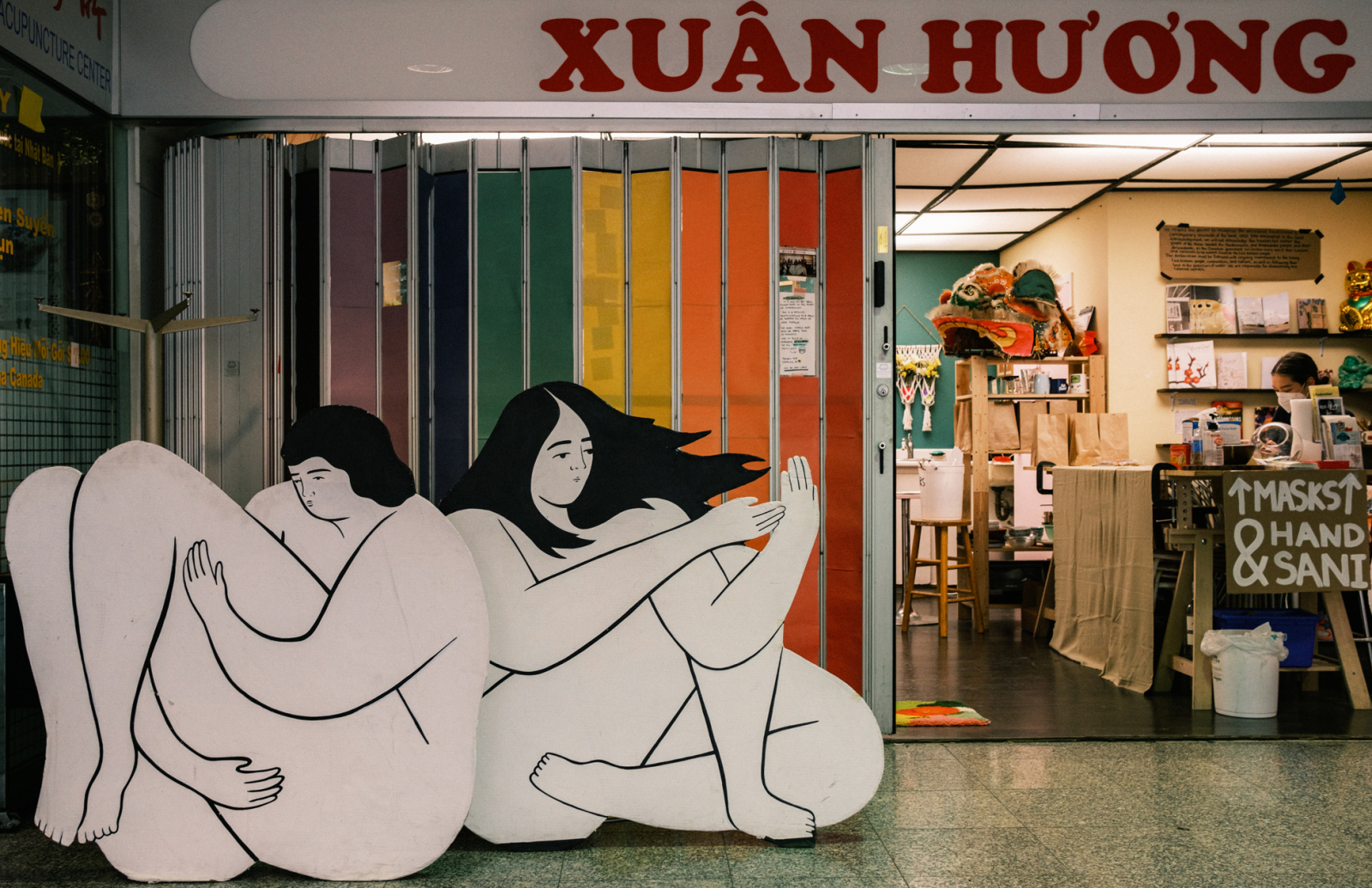 The original Tea Base site seen just before its closed at the end of October, 2020. Photo by Steven Chen
Previous story

In a basement unit of an iconic but aging Chinatown mall, Toronto art space Tea Base opened almost two years ago with a mandate to engage the local community and bridge the divide between older and younger generations.

It had to close its doors last month, but those helping to develop its programming around transformative justice and social development are already looking at what comes next.

“We are sad to inform everyone that we’re being reno-evicted from our unit C-15 in the basement, as our landlord is taking back possession of the space on Oct. 31st, 2020,” Christie Carriere, Tea Base’s co-creative director, wrote on the collective’s Instagram page ahead of the exit.

Community has been particularly difficult to maintain amid 2020’s COVID-19 lockdowns and ongoing restrictions, which have also made people’s ability to connect with each other more valuable than ever.

At an Oct. 26 online town hall, the Tea Base team told members they plan to rent another unit in the mall by the spring, asked them what support and virtual programming the community needs in the interim and discussed their intention to incorporate as a non-profit co-op.

“I would love to carry on the collaborative and shape-shifting nature of the first Tea Base space,” Carriere told Canada’s National Observer. “This space was special to me in that it was one of the only spots left in the city where you could go and just be there, be in community, without purchasing something or paying a fee.”

The volunteer-run space was typically open three or four times during the week (actual hours would be posted on Instagram on Mondays), with events common on the weekend and focused on developing solidarity across marginalized groups.

“It was an art gallery at times, a tea shop sometimes, a living room with a couch to nap on most of the time, a co-working space, a hot-pot dining hall, a mahjong hall (non-gambling) every Monday, a library, a zine-fair, a listening café, a garden club, and so many other things,” Carriere said of the space, noting its organic and spontaneous collaborations meant programming “was truly by the people for the people.”

Members of the collective produced a documentary called LOVE LIVES: An Experience following a Tea Base partnership with Bricks and Glitter on Sept. 1, 2019. Source: YouTube / Hannia Cheng

The former Tea Base site retained part of the signage of the Xuân Hương ice cream and bubble tea store that a Vietnamese couple had operated for almost 20 years before closing around 2013.

It was also headquarters for Friends of Chinatown TO (FOCT), which is fighting for community-controlled affordable housing, economic justice and racial justice in the neighbourhood.

Volunteers from the two groups spent hundreds of hours developing an anti-displacement garden in the courtyard of the mall after joining broader protests against Chinatown gentrification across North America last summer, and have more recently come into conflict with 420 Cannabis Court, which has started hosting comedy events and renting out the outdoor space.

The collective is about to kick off a series of online workshops called Consent Coalition facilitated by queer South Asian-Italian poet and social worker Cassandra Myers, which will tackle suicide intervention and peer support, consent and pleasure, and transformative justice and de-escalation.

And the group just invited vendors in Canada who are Black, Indigenous and/or other people of colour (BIPOC) to set up stalls for a virtual reality artists’ market in December, with a promise to help decorate the spaces with pixel art representations of their goods.

The team has also started an Instagram Live series of Cantonese cooking lessons organized by their intern, Catherine Chan, launched another season of its Cantonese language café and started a new edition in Mandarin.

“Especially during COVID-19, many second- and third-generation diaspora are living away from home and have (fewer) opportunities to use their mother tongue,” explained Jenn Chan, another Tea Base member. “So it’s a good way for us all to (re)connect with the language and make new connections.”

Long Winter ahead will be digital for Toronto DIY youth scene