By Christopher Reynolds | News | November 12th 2020
#954 of 1462 articles from the Special Report: Coronavirus in Canada 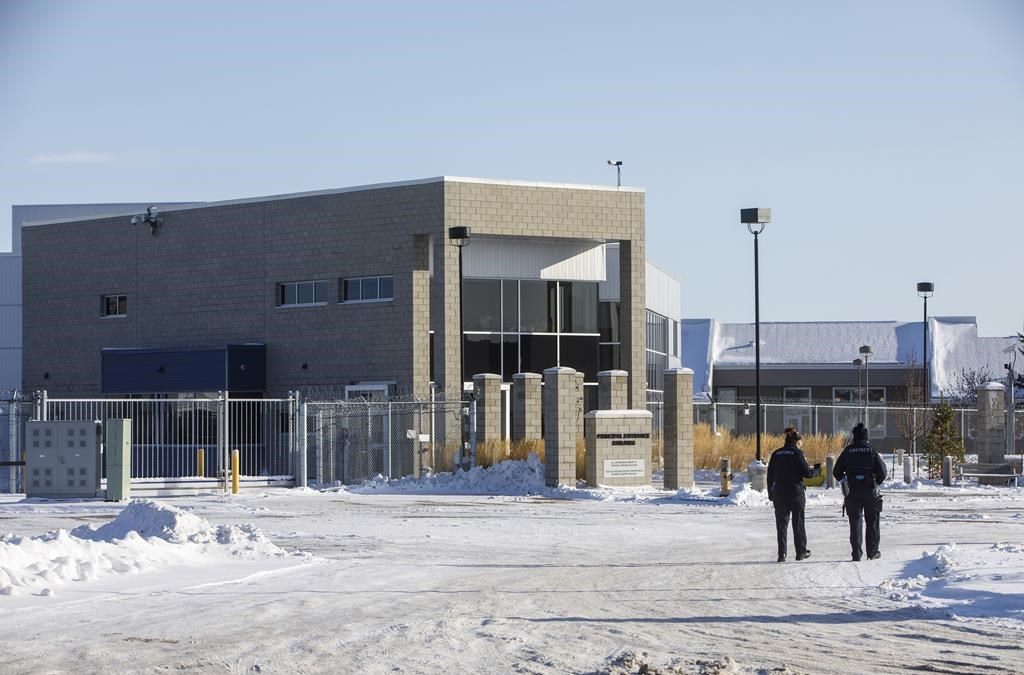 The Edmonton Institution for Women in Edmonton is shown on Wednesday Nov. 11, 2020. The Correctional Service of Canada says five inmates have tested positive for COVID-19 in Quebec, Manitoba and Alberta. File photo by The Canadian Press/Jason Franson
Previous story
Next story

Rising COVID-19 case count bodes ill for prison inmates, many of whom remain under partial lockdown without adequate health care, says the head of the Canadian Association of Elizabeth Fry Societies.

Three federal prisons have reported five cases of COVID-19 between them in the last few days as the pandemic worsens on the outside.

"They’ve compensated for the lack of ability to socially distance by locking people down in really restrictive ways, which has tremendously affected the mental health of prisoners," said Emilie Coyle.

She called the conditions in some institutions "atrocious," and said a toxic relationship between correctional officers and inmates conflicts with guards' de facto role as caregivers during the pandemic.

Guidance from public health officials who are not familiar with prisons aggravates a deficient health-care system and translates into restrictions that "don't equate to care," Coyle said in a phone interview Wednesday.

Her advocacy group, which works with female inmates, is calling on the federal government to release some offenders so as to allow easier physical distancing behind bars, a step she says provinces have taken more readily than Ottawa.

She is also asking for more investment in rehabilitation programs to encourage community reintegration and prevent recidivism, paving the way for earlier releases.

The federal prison population fell by only two per cent to about 13,700 between March and April, while the number of Canadians incarcerated at provincial and territorial institutions dropped by 25 per cent to roughly 18,200 between February and April, according to Statistics Canada.

The changes came after Public Safety Minister Bill Blair asked the federal prison service and the parole board in March to consider releasing some inmates early to lower the risk of COVID-19 transmission.

Nearly one-quarter of inmates in federal custody are serving life sentences and ineligible for parole, he said in the spring.

But many federal prisoners have been ensnared in a catch-22 that has hindered their release, Coyle said.

“What ended up happening was they shut everything down and nobody had access to programs, and the conditions of parole or release are usually that they’ve completed their programs within the institution," she said.

The odds of prison depopulation seem even longer as case counts spike across the country, which raises the risk of transmission via inmate transfers and correctional officers.

The five inmates who have been detected with COVID-19 this week — two in Drummondville, Que., one in Stony Mountain, Man., and two at the Edmonton Institution for Women — are medically isolated and being monitored, the Correctional Service of Canada said.

Contact tracing is underway and testing is being offered at the three federal institutions affected, the agency said.

None of the three facilities is currently allowing visitors, a restriction that has been in place at all federal prisons in Quebec since late September due to the coronavirus spike.

"The little social activity they had with family, loved ones, spouses, children — all links with the outside world were suspended," said Samira Figuigui, director general of the John Howard Society of Quebec.

"They find themselves really locked in their cells, sometimes 23 hours out of 24," she said in French, calling the treatment inhumane.

As the second wave washes across Canada, the correctional service said it continues to screen employees and equip correctional officers and inmates with medical masks, on top of heightened cleaning measures and social restrictions.

"For example, in past months, we suspended visits and some activities in certain areas to limit comings and goings within our institutions," spokeswoman Véronique Rioux said in an email.

"In addition, modified routines are in place, which means that movements are carefully considered within the institutions, including between ranges (common areas), to ensuring physical distancing is maintained."