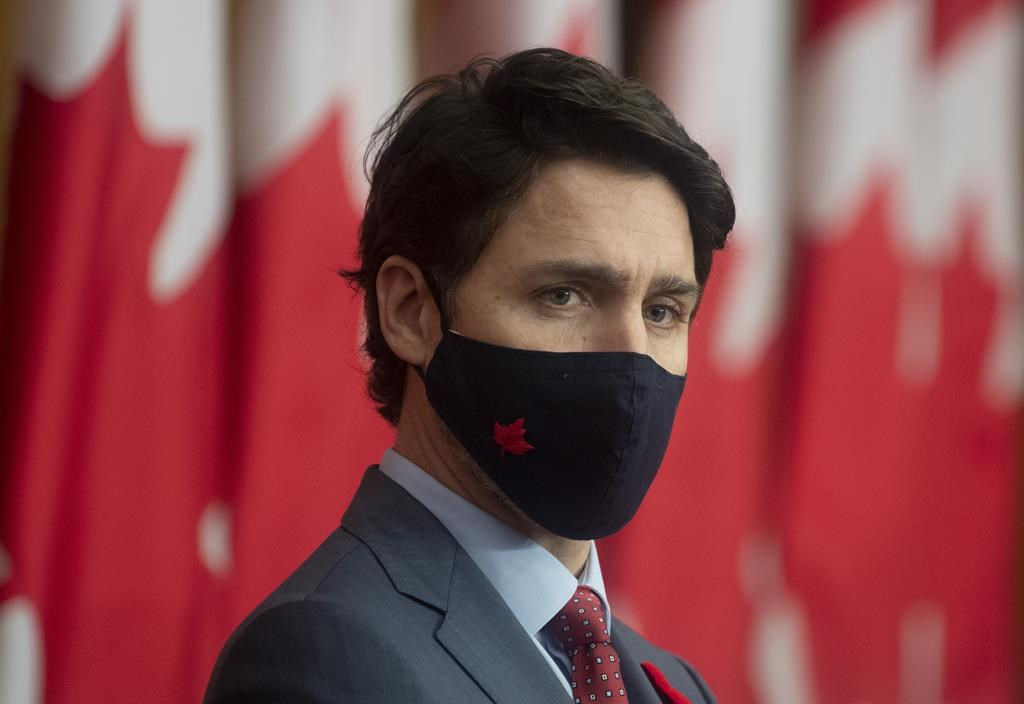 PM Trudeau in a photograph by The Canadian Press
Previous story

Prime Minister Justin Trudeau has highlighted the work of journalists working under pressure in Hong Kong and Belarus at an international conference on media freedom.

Canada has been vocal in condemning the clampdowns on democracy and free expression by the Chinese government in the former British colony of Hong Kong and the fraudulent presidential election in Belarus that has given rise to pro-democracy protests.

"Today, we see citizens calling for change, from Hong Kong to Belarus, only to have the authorities attack the freedom of the press," Trudeau told the conference co-hosted by Canada and Botswana.

Trudeau denounced the imprisonment of Reuters journalists Kyaw Soe Oo and Wa Lone for reporting on military atrocities committed against the Rohingya people in Myanmar, and of Philippine journalist Maria Ressa.

The Reuters journalists have since gained freedom and have been awarded a Pulitzer Prize. In June, Ressa was convicted of "cyber libel" and sentenced to six years behind bars after complaints from her country's strongman president, Rodrigo Duterte, and other officials from his government.

"It is never acceptable for a journalist to be attacked for doing their job," said Trudeau. "A crackdown on the media puts democracy in danger. It puts lives in danger."

At the same event, a coalition of international lawyers, led by a former Canadian attorney general, called for a new global charter to protect the rights of imprisoned journalists in an increasingly hostile world.

Irwin Cotler, the former Liberal justice minister and international human rights lawyer, made the recommendation in a report he authored for a coalition of independent international legal experts.

The new charter would upgrade legal obligations on a country that arbitrarily imprisons a journalist and impose new legal duties on the home country of a journalist who has been rounded up.

Prime Minister Justin Trudeau has highlighted the work of journalists working under pressure in Hong Kong and Belarus at an international conference on media freedom. #Journalism #FreedomOfPress

Cotler says the new measures are needed because the current international laws designed to protect the diplomatic access to people imprisoned in foreign countries are not adequate.

"We meet today on the occasion not only of a global COVID pandemic, but a global political pandemic, characterized by a resurgent global authoritarianism, the backsliding of democracies and global assaults on media freedom, where journalists are increasingly under threat and under assault," Cotler told the video conference.

"Although some states already do this to some extent, the system is haphazard and weak," said Amal Clooney, an international human rights lawyer who has represented imprisoned journalists

"So the report proposes a new charter of rights for detained journalists and a new code of conduct for governments to be overseen by a newly appointed international commissioner who would be tasked with monitoring states compliance," said Clooney.

Clooney and Cotler are the leading figures on a panel created last year by the Canadian and British governments to find ways to increase protection to journalists and prevent abuses of media freedom.

Trudeau called the work of their committee "a great example of the power of working together — as civil society, government, and global organizations — to stand up for the kind of future we all want to build."

So I'm sure, given that

So I'm sure, given that stance, that he supports that same principle in the case of Julian Assange, standing tall against the US drive to make him a political prisoner for life. What? He has carefully said nothing at all about that?
Support for a principle only when it's a convenient stick to beat our enemies is worthless hypocrisy.