Pick up the pace on combating climate change, Bank of Canada governor says 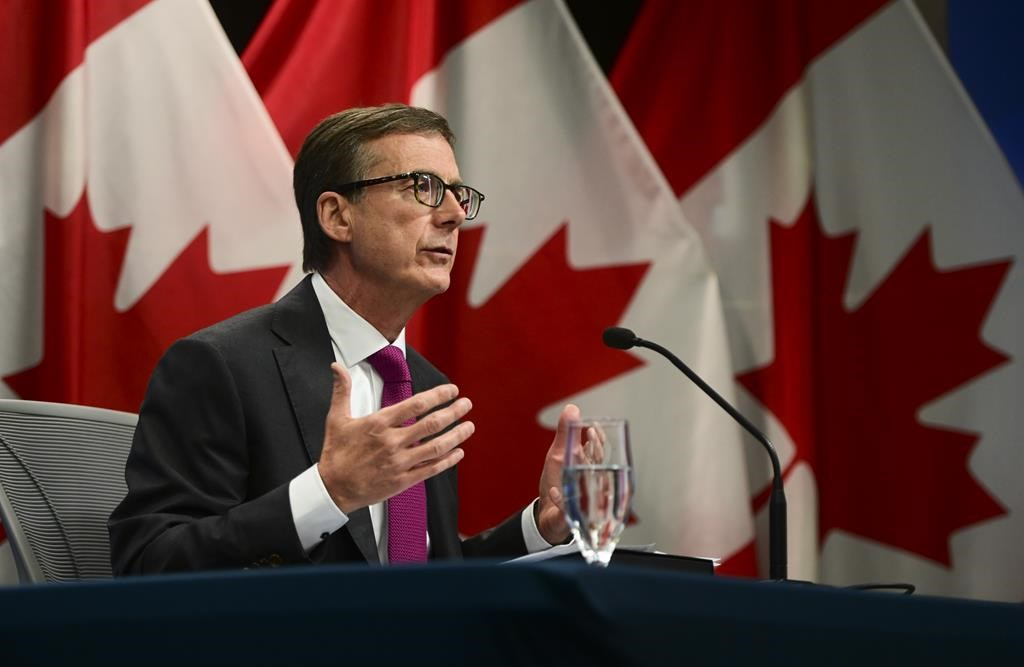 Canada's top central banker is making a plea for the country to more quickly address the impacts of climate change to avoid any economic ripple effects on households and businesses.

Tiff Macklem made the case in a speech Tuesday that Canada's financial system needs to become as resilient to climate change as it has been during the pandemic.

The governor of the Bank of Canada said that will require financial institutions to better gauge what risks they face from extreme weather, or rough transitions to a low-carbon economy.

Failing to do so could throw a wrench into central banks' ability to support households and businesses in their hour of need, Macklem said, or threaten the stability of the financial system in the worst case.

As a result, the central bank is picking up the pace on its plans to study the implications of climate change on the financial system.

And, he said, the pandemic seems to have sharpened public interest in climate change issues.

A decade ago, in the wake of the global financial crisis, climate change issues faded from the forefront of the public conscious, Macklem said in the speech to the Public Policy Forum.

The situation, he said, is far different today as the pandemic appears to have put public attention on "extreme global risks and the value of resilience."

"We need to position Canada to seize the climate-smart opportunities that consumers, workers and investors are looking for," Macklem said in the prepared text of his speech.

"But to mitigate the threat and capitalize on the opportunity, we all need to mobilize. And we need to do it quickly."

Canada's top central banker is making a plea for the country to more quickly address the impacts of climate change to avoid any economic ripple effects on households and businesses. #climatechange

Climate change has been an interest for Macklem since before his time as head of the central bank, having helmed an expert panel on sustainable finance.

It recommended a suite of options to the federal Liberals, which asked for the report, including tax credits to encourage Canadians to put their retirement savings into climate-conscious investments.

On Tuesday, just as he did last year when he was still in academia, Macklem said finance won't alone solve climate change, but it can help with the needed investments to smoothly transition to a low-carbon economy.

In his speech, Macklem noted that the issuance in Canada of "green" bonds has jumped in the past three years from just under $2 billion in 2017 to almost $13 billion so far this year.

The timing and impact of some of those changes varied depending on how slow or sudden the policy shifts, with risks affecting the central bank, governments, financial institutions and the resource sector.

This week, the central bank built on that research to launch a pilot project with the federal banking regulator, the Office of the Superintendent of Financial Institutions, to help a handful of banks and insurance companies develop climate change risk scenarios.

Macklem said the risks from more extreme and more frequent weather events are often underappreciated, while risks linked to future earnings or asset evaluations are mispriced in the context of climate change.

"The longer that persists, the greater the risk of a sharp repricing, with the potential for substantial losses for financial institutions," he said.

Speaking earlier at a separate event, Macklem's predecessor said the process to properly price risk is not easy, describing the need to think about upstream and downstream effects, suppliers and who uses a company's product.

Stephen Poloz told a digital conference held by the Portfolio Management Association of Canada that investors are demanding it, but companies should be allowed to do it themselves rather than be regulated into it.

"There's no question it's a reality today, and we can't be the last to do this," he said.