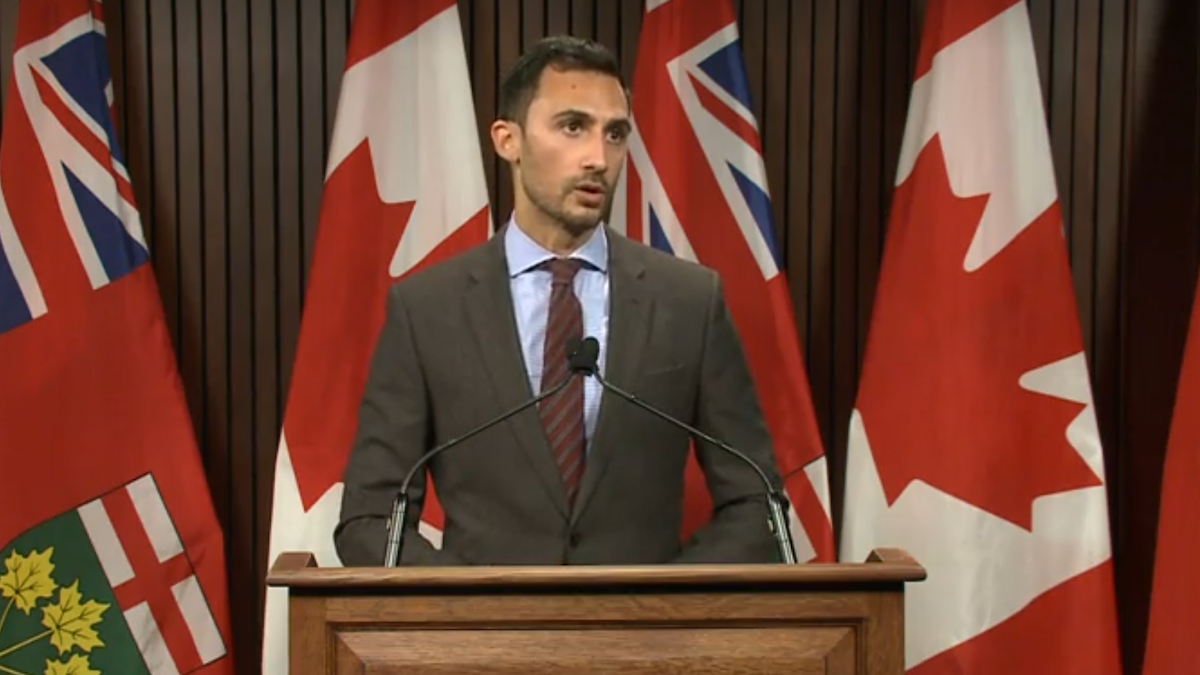 Stephen Lecce is again drip-feeding information to Ontario parents, teachers and schoolchildren about when classrooms might reopen after the winter break, saying that a cautious and flexible approach will help protect the safest schools in the country.

“Expect to hear very soon, I think in the next week or two at the latest,” the province’s education minister said when asked when parents (and their employers) might be able to plan their own time off work over the holidays.

Schools in the province are due to close on Dec. 18 and reopen on Jan. 4, leaving little time between students potentially seeing more of their extended family during the break and going back to school.

Lecce argued on Tuesday that the number and source of COVID-19 cases in schools — which have been averaging around 100 new cases a day in the last week — show that the government’s much-maligned back-to-school strategy is working.

Keeping schools open safely is a key ingredient in protecting young people’s mental health and the economy’s ability to get as many people back into the workforce as possible following widespread shutdowns earlier this year and ongoing, fluctuating restrictions.

Lecce pointed out that just one of Ontario’s 4,800 schools is currently closed due to COVID-19, and that 99.8 per cent of students have not contracted the coronavirus.

“These are not data points that should be abstractions, they should underscore a sense of confidence that amid growing transmission in the community as we speak, we are seeing our schools remain fundamentally safe,” he said.

The Toronto District School Board said on Monday that a secondary school where 13 students had tested positive remained open, but Lecce said most cases in schools were being traced back to the wider community. Toronto and neighbouring regions have reported the lion's share of the province's cases.

Ontario, with a population of about 14.5 million people, currently has a seven-day average of more than 1,400 new cases a day. With 1.5 million students currently in class, its school system has been reporting more than 100 cases a day in the last week and has around 640 active cases.

“This province is uniquely positioned, in contrast to Quebec, for example, where they have roughly four times the rate of infection (in schools),” Lecce said, pointing out that Ontario is the only province to have mandated the wearing of masks inside classrooms.

Quebec’s government last week said it is considering extending its school holiday break by two weeks. British Columbia, meanwhile, is looking at whether to start its break earlier.

Ontario education minister @sflecce says the @fordnation government is considering whether to extend schools' winter break to protect classrooms that have managed to avoid high levels of COVID-19 transmission.

Lecce demurred when asked about any consideration of cutting this semester short so children are out of school for longer before potentially seeing more extended family during the break.

Last week, the government said it was not looking at a shorter December, but Lecce said they’ll be listening to a wide array of medical advice on the overall situation this week.